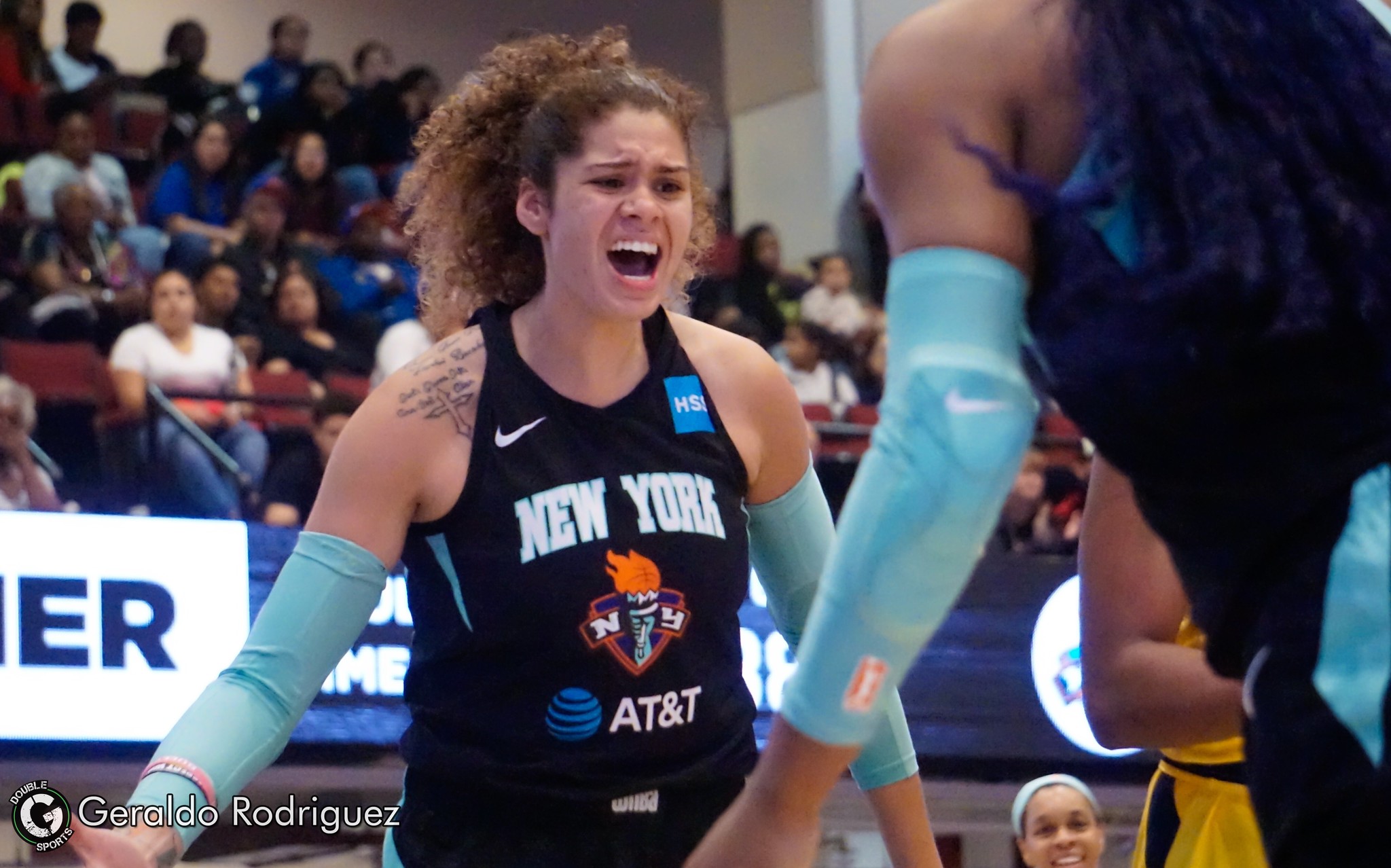 If you first you don’t succeed, try until you do. That was the New York Liberty’s motto going into Sunday’s game against an upstart Las Vegas Aces.  For the first time since July 15, 2018, the New York Liberty added a game to the win column, defeating the Aces on Sunday afternoon 88-78.

The Liberty took the lead midway in the second quarter and led at half time, 45-37. New York extended the lead in the third and after a Las Vegas run at the end of the third moved ahead by double figures in the fourth.

They were tied for the third longest losing streak in WNBA history, trailing only Indiana’s 18-game skid and Tulsa’s record 20-game run.

Tina Charles led the way for the Liberty with 21 points and 8 rebounds, but as in Friday’s game, she had some help from several other scorers. Bria Hartley added 17 points, 6 rebounds and 6 assists; Kia Nurse had 15 points; and Amanda Zahui B. contributed 9 points and a team-high 9 rebounds. Reshanda Gray also had 8 rebounds off the bench.

“We always had confidence… It’s just about how we close out the game” Said Charles after the win. ‘Most of the games we lost we have been in. I am just happy we were able to come out with the victory”.

Smith earned her first win over former Liberty head coach Bill Laimbeer. The former NBA star was also Smith’s coach when she played in both Detroit and New York. They earned two WNBA titles together. The Aces also feature former Liberty greats Sugar Rodgers and Carolyn Swords in their lineup, as well as former leading scorer Vickie Johnson as an assistant coach.

Kayla McBride led Las Vegas with 25 points and Liz Cambage added 17 points and 10 rebounds. Rookie of the Year A’ja Wilson saw her streak of scoring in double figures end at 37 when she was held to just five.

The Liberty kept their turnovers to single digits for the first time all season and blocked eight Aces shots, tying a season-high.

“We have goals, and our goal is 13 turnovers and we had only 10 today with the loose ball one,”coach Smith said.”We can’t have possessions off; we don’t shoot the ball extremely well all the time so we need possessions we can’t allow those to go away. We’ll keep harping on it but today was a good day, it matters, and it helped us get this win.”

New York stays home to face the Lynx on Wednesday, June 12 at 7 p.m.