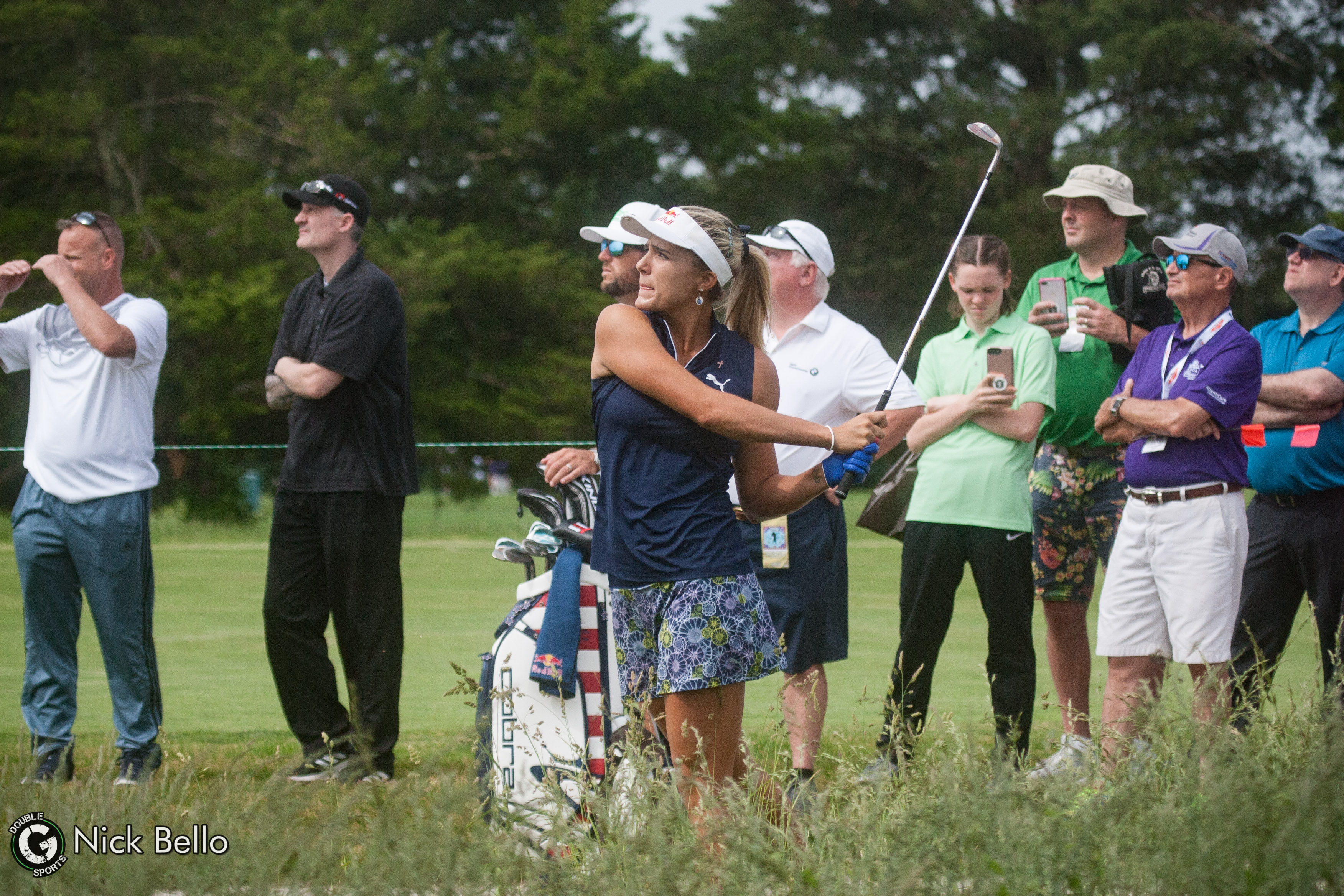 This past weekend, the ShopRite LPGA Classic was held in Galloway, NJ on the Bay Course at The Seaview Hotel and Golf Club. This tournament has been held in South Jersey almost every year since 1986 and the tradition continued on into 2019. This 54-hole event brought some of the best female golfers from around the world to New Jersey. They competed for their share of a $1.75 million purse.

The golfers endured a long week of practice prior to tournament weekend. They spent long hours on the course perfecting their strokes.

“Last week was tough it’s so intense and such a long week,” Lexi Thompson weighed in. “It’s very draining. A lot of people don’t realize how long that week is with all the prep work going into it, how long the rounds are, and how tough the course plays.”

Jeonguen Lee6, of The Republic of Korea, took the lead after the first round on Friday when she shot an 8-under 63. She had just come from winning the Women’s U.S. Open the previous weekend. For a majority of the weekend, Lee6 held onto the top spot. Lee6 and Pornanong Phatlum of Thailand were tied after the first round with Lexi Thompson of the U.S., Kristen Gillman of the U.S., and Muni He of China sitting at a three-way tie right behind them after Friday.

“It is very important, especially a 3-round tournament where scores go very low,” Thompson mentions in regards to scoring low early in the event. It’s important to put a good, low number out the first day so it puts you in good position for the next two.”

After Friday, Lee6 continued to maintain her spot at the top of the leaderboard on Saturday with a one stroke lead. She shot a 2-under 69 and completed 36 holes at the Bay Course at 10-under 132. She was set to enter the final round on Sunday. Thompson ended the round at 70 but she continued to sit at a three-way tie at 134 but for third along with Ally McDonald (67) and Nanna Koerstz Madsen (68).

Mariah Stackhouse of the U.S. held the second-place spot after Saturday where she shot a 67 with a 133 in total. She continues her quest to become the first African-American to win an LPGA tour event.

Totaled from her first two rounds, Lee6 finished off her Saturday with two eagles, 13 birdies, and 7 bogeys. Phatlum, whom Lee6 was tied with after the first round, ended her Saturday with a 77. Lee6 was ready to enter the final round on Sunday in hopes to become only the fifth player in LPGA tour history to win the U.S. Women’s Open and the tournament after it.

She started the day off with a one-shot lead ahead of Thompson but by hole 18, she needed an eagle to tie Thompson but she fell short. Lee6 was still satisfied with second place and she will continue her grind as she heads onto the next spot on the LPGA tour in the Grand Rapids.

Ally McDonald (-9) picked up her career-best solo-third place finish on Sunday. She was more than proud of herself. With the winds gusting up to 30 mph, McDonald was prepared to face these conditions along with the 14 other players who managed to post under-par scores.

Lexi Thompson rallied to come up first when she eagled the last hole, beating Lee6 by just one stroke. She ended with a 67 and a 12-under 201. This was Thompson’s 11th victory on the LPGA tour.