Remarkable NFL Quarterback Philip Rivers is Retiring from the NFL

Philip Rivers has been with the NFL for 17 seasons and now, at age 39 he is retiring. Philip Rivers grew up in Northern Alabama and was a young boy who had a passion for football and wanted to go pro. His dream to play professionally became true. Philip was a quarterback for the Chargers for 16 years and was a football legend. However, football days have come to an end and Philip has decided that he’s done his part, and ready to move on in the next chapter of his life. According to the San Diego Union-Tribune, “Rivers, 39, finishes firth all-time with 63,440 passing yards and 421 touchdowns passes.” Philip has made a name for himself and will remain an important sports icon.

Philip admits that he has always had a desire to teach kids how to play football, and that day has finally come. Moving on to the next career path, a High School football coach. Philip will now be coaching at St. Michael Catholic High School in Fairhope, and there he will be the head coach of the football team. Philip will now teach young kids the ways of football and who knows, maybe there will be another Philip Rivers. 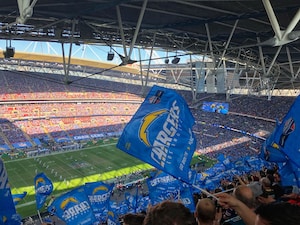