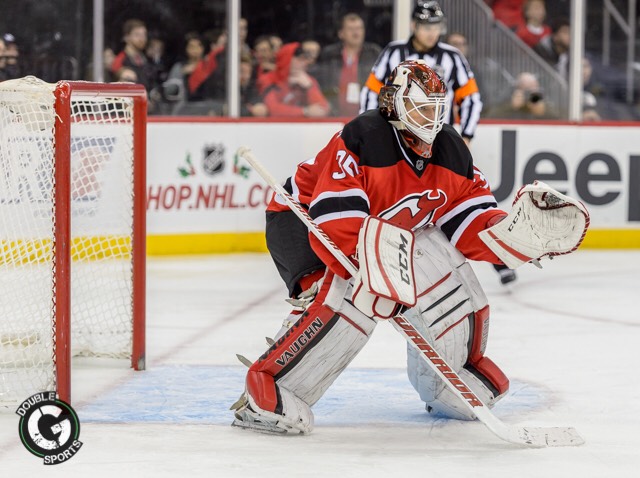 NHL Stanley Cup Playoffs Game 3: Can the Devils Finally Get a Win?

Will the New Jersey Devils Finally Get a Playoff Win?

I will not lie, the game 2 loss hurt as a fan.  There was some anger, than sadness, then bargaining.  I went through pretty much every stage of grief.  It also does not help when your boyfriend is from Pittsburgh…you can see where that is going.  So yesterday I contemplated the following…Can the Devils actually get a playoff win?  I have stayed optimistic but the realist in me was starting to come to the surface.  I took my fan heart out of the equation and contemplated the roster in terms of having what it takes.  I pondered the amount “playoff experience” comes into play.  Coupled that with normal things like compete level, roster depth, and coaching.  Can the Devils win an NHL Stanley Cup playoff game?

After thinking it over (and maybe playing some Green Day’s Good Riddance on repeat) I came up with my final analysis.  This might be a good experience for next year but I can not count the Devils out just yet.

New Jersey is a young team peppered with players who have playoff experience.  Having playoff experience is a part of the equation, not the total equation as some might have you believe.  Everyone counted the Devils out before the puck dropped in game one because the team had missed the playoffs every season since the 2012-13.  The playoffs are grueling. Teams often play in-front of packed arenas full of the other teams fans who, for lack of a better word, are “jacked up” for playoff hockey.

The Devils are full of rookies and young players who are experiencing postseason for the first time.  This can be overwhelming, exciting, scary, and joyful all at the same time.  In most cases that is going to rattle a young player. As a whole they have handled it well.  There are also times their greenness comes through.  Maybe the vets who have playoffs experience need to take the lead.  Personally I would like to see Brian Boyle be more present in these games.  He is there but not with as much force as in the regular season.

It is time to mix up these lines and move out under performers…I am looking at you Grabner.  While Grabner has playoff experience and speed, he has not produced.  I said this in my last piece but I am sticking to it, Grabner is a one and done with the Devils.  In my opinion he can get on a NJ Transit train and pull right back into MSG.

Mixing up the lines might bring some unexpected results.  John Hynes had no problem with re-arranging in the regular season.  Even with as good as Keith Kinkaid is, giving Schneider a start might be just the jolt the team needs to remember the earned their spot in the postseason.

The Devils have to stop taking stupid (there is no better word than stupid) penalties.  These power plays could be the difference between a first round exit and a playoff win.  Smart game play also means being aware of where you are in terms of the where the puck is.  The Devils have the power to even out this series at home.  However, they need to play with discipline.  I will be fair in my assessment and say the nerves of post season play might have rattled them but that should go away when they are playing at the Rock.  Seeing that sea of “red and white” tonight should give them a vote of confidence.  That confidence should help them keep their sticks down and head in the game.

MoJo has still not been cleared to play as of the time of writing this.  I really believe that is a huge missing piece from the playoff team.  His experience with the Capitals would have been a big help in winning.  Plus the short time he was on the ice this season, he showed why the Devils wanted him, his skill is unbelievable.   No goaltending decision has been made either which means Kinkaid might not be starting tonight.

We will find out if the Devils can take game 3 at 7:30pm Monday.