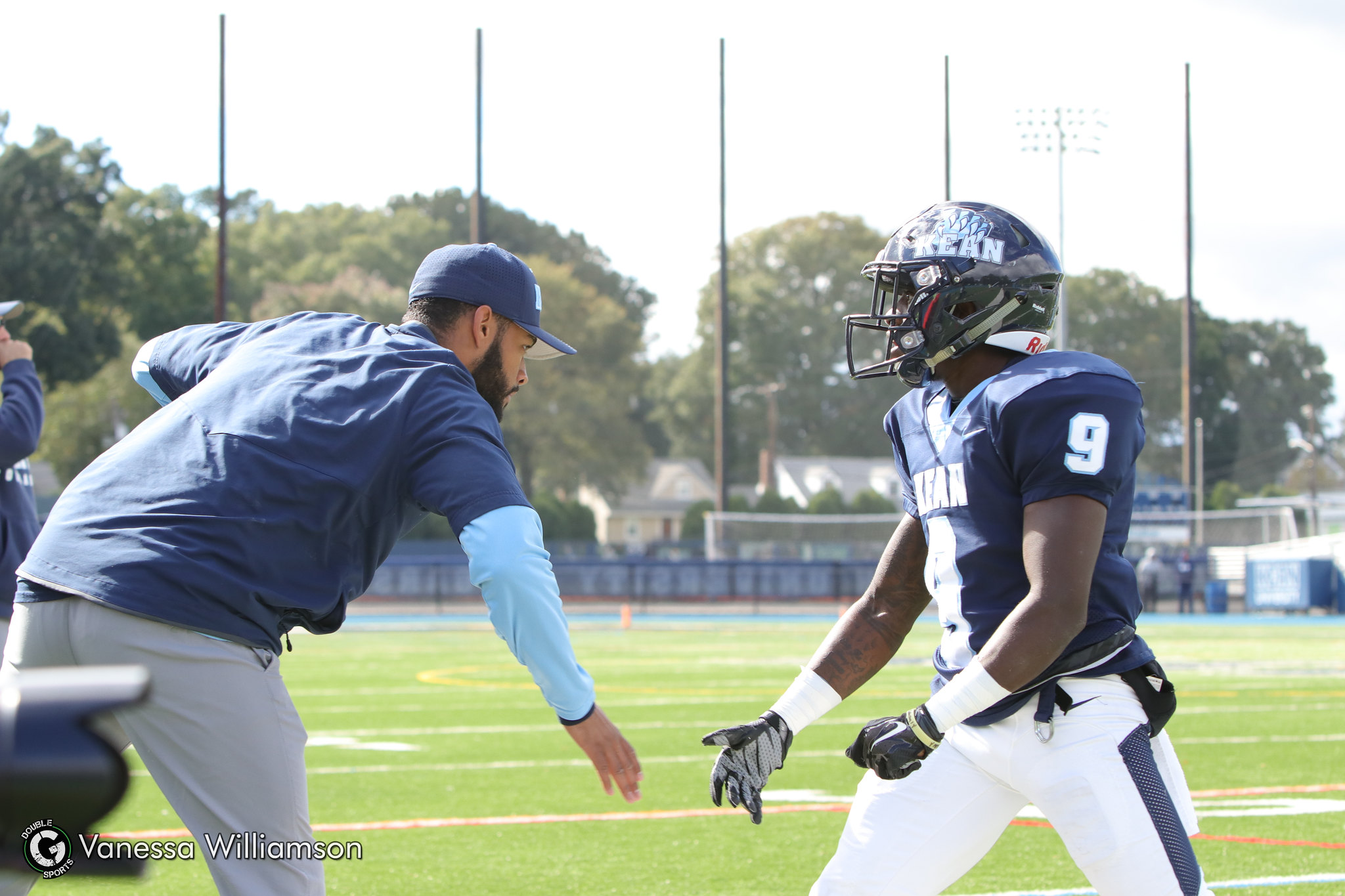 After a promising start, local teams in the NJAC faced adversity in 2019 as they continue to build for the future.

Well, it was fun while it lasted.

While there were some bright spots this season for the teams that didn’t make it to the national tournament, there was also quite a bit of disappointment as well. All of these teams (except Montclair State) finished with a losing record this season.

In this season recap of the New Jersey Athletic Conference, we take a deep dive into the individual seasons for the local NJAC football teams. 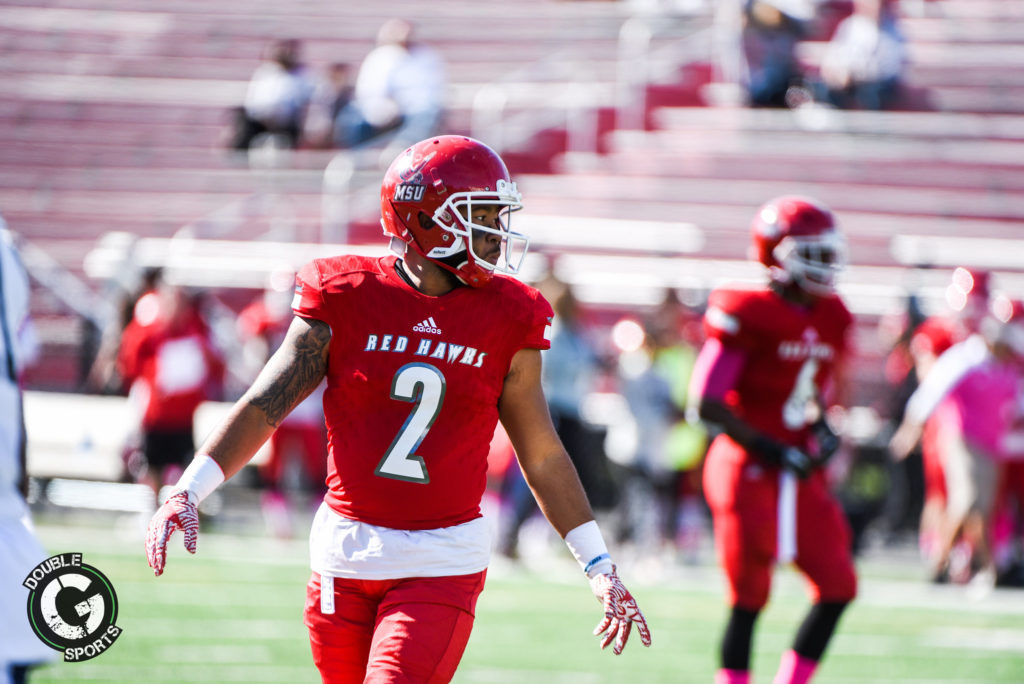 There were high expectations for the Montclair State Red Hawks in 2019, with many predicting that they could even bring home their 21st NJAC Conference Championship this season.

As for many teams in the NJAC, those hopes faded quickly. The Red Hawks stumbled out of the gates with a 1-3 record to begin the season. After losses to Salisbury and Wesley, they were immediately out of the conference championship picture. The team did win their last three games to finish with a 6-4 record (4-2 NJAC).

At times, this Red Hawk team looked like it had all the makings of a championship team. They had found the answer at quarterback with junior Ja’Quill Burch at the helm, along with a respectable ground game lead by senior running back Craig Merkle. Their defense also returned several all-conference starters as well.

It seemed like every loss for this team was for a different reason. The Southern Virginia game was due to a slow start offensively. The Hobart game was due to an inefficient and turnover-prone passing attack. The two losses to Welsey and Salisbury came down to just one or two more defensive stops.

I’m sure the Red Hawks would love to get some of these games back, especially considering three out of those four losses came down to a touchdown.

However, there definitely should be a reason for optimism for this program. Burch found his rhythm late in the season after a midseason slump and came away with an All-Conference nod this season. He will be back next season along with junior receiver Carsen Johnson and freshman standout Mitch Chugunov. Defensive stalwarts such as junior corner Jalen Harris, sophomore safety Zack Zaccone, and junior linebacker Seamus Nelson will also provide significant help next season as well.

The College of New Jersey

Any glimmer of hope that The College of New Jersey (TCNJ) Lions had to surprise anyone in the New Jersey Athletic Conference was quickly put to shambles even before conference play had started.

Like Montclair State, TCNJ struggled against non-conference opponents. They began the season with a loss to the number eight ranked opponent in Division III at the time, Muhlenberg, before losing convincingly to SUNY Cortland and St. John Fisher.

However, there was some optimism in Ewing as the Lions opened up NJAC play with a victory over William Paterson in a defensive slugfest, 17-14. However, the Lions struggled to score points throughout the early part of the season, and this continued throughout NJAC play. TCNJ would go on to lose five out of their last six games, with the Lions scoring 13 or fewer points in four of those games.

Statistically, they had the worst offense in the conference by far. Although the team had a respectable defense who held potent offensives like the Red Hawks to only 10 points, they never really found any consistency on offense 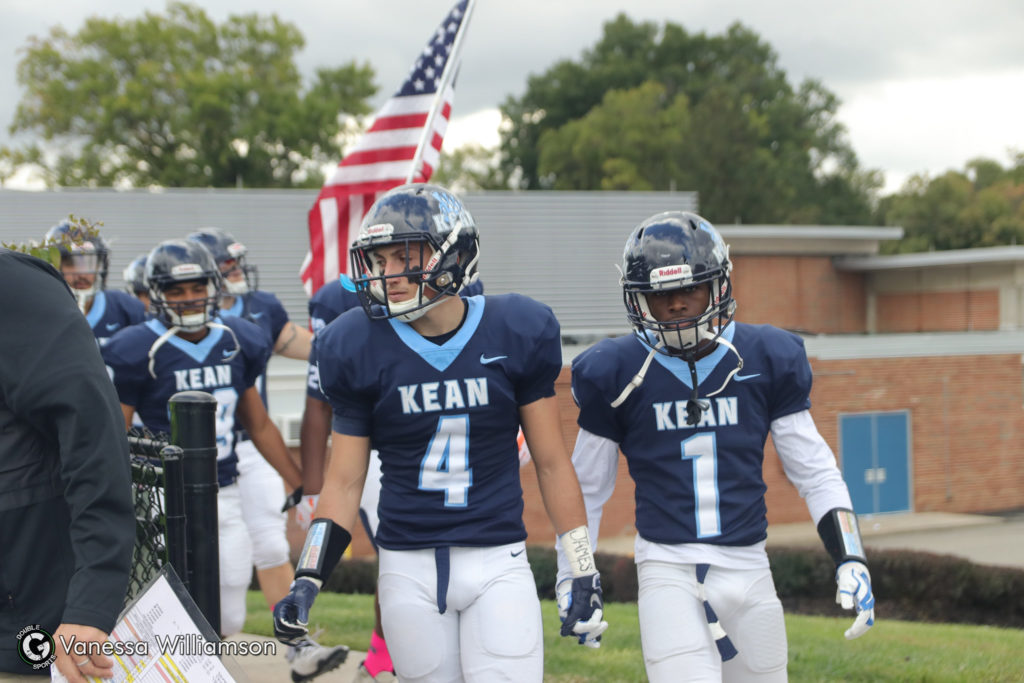 The Kean Cougars were a much better team then they were in 2018. However, the 2019 season was still a very troubling and inconsistent year for this program.

Rebuilding a program that once had seen so much success can be difficult, but the Cougars did make some progress offensively this season. Using a two-quarterback system between sophomores Anthony Broccoletti and Tyrae Taylor was effective at times in throwing defenses off. Combined that with senior running back Jessey Asare stepping up, it led to the Cougars become a much more balanced offense in 2019.

Although it was effective at times, calling this offensive attack imposing would be far-fetched. The team was very inconsistent all year offensively and often played poorly against NJAC defenses.

It’ll be interesting to see how the Cougars deal with this two-quarterback system next year. Taylor played significantly better during the latter half of the season, particularly with his accuracy. For his efforts, he was named the starter for the last three games of the season. This will be an interesting storyline to track in the off-season.

Defensively, the Cougars were very up and down. With several All-Conference returnees such as senior defensive end DeShawn Reed, strong safety sophomore Anthony Bassani, and junior linebacker Dante Capozzoli, the expectation was that Kean’s defense would be one of the stronger defenses in the conference.

At times, they would play up to that billing. However, against other teams, not so much. They were particularly sensitive to the run, as they gave up the most rushing yards (1838 in total) in the NJAC this season. Run-oriented teams such as Rowan and Salisbury used this to their advantage when they both defeated Kean this season.

However, you certainly couldn’t pin much of the blame on Dante Capozzoli. The junior linebacker was stellar all season long and was named Sam Mills Co-Defensive Player of the Year just last week. Much of the development and improvement of this defense has to be credited to Capozzoli, who was their most consistent defensive player by far.

The Profs have historically been one of the most consistent programs in the conference, but in recent years have struggled to regain form. Despite the disappointing record, given the way the team started, the Profs should be proud of the way they finished the season.

The Profs started off 0-4 and dealt with a very competitive non-conference schedule with two ranked opponents in Linfield and Hobart, along with a respectable Widener program as well. The Profs played these teams very tough, particularly Hobart, as they were only a stop away from defeating them.

The non-conference schedule prepared them well for NJAC play. The Profs went 4-3 in conference play and played traditional conference powers such as Wesley and Montclair State down the wire. Much of the credit should go to Head Coach Jay Accorsi, who has earned respect among his peers for what he’s done for the Profs football program over the years.

The Profs were a solid team on both sides of the ball. Offensively, they have a good quarterback in junior Mike Husni and an All-Conference running back in junior Messiah Divine. They also ranked in the upper tier in several defensive categories. This is due to a stalwart defensive led by star defensive lineman in senior David Gajderowicz and junior Sunny Tapp, along with a solid secondary headlined by First-Team All NJAC Selection in senior cornerback Kameron Kennedy.

If the Profs can finish more close games more in 2020, look for this team to a potential contender for the NJAC title. 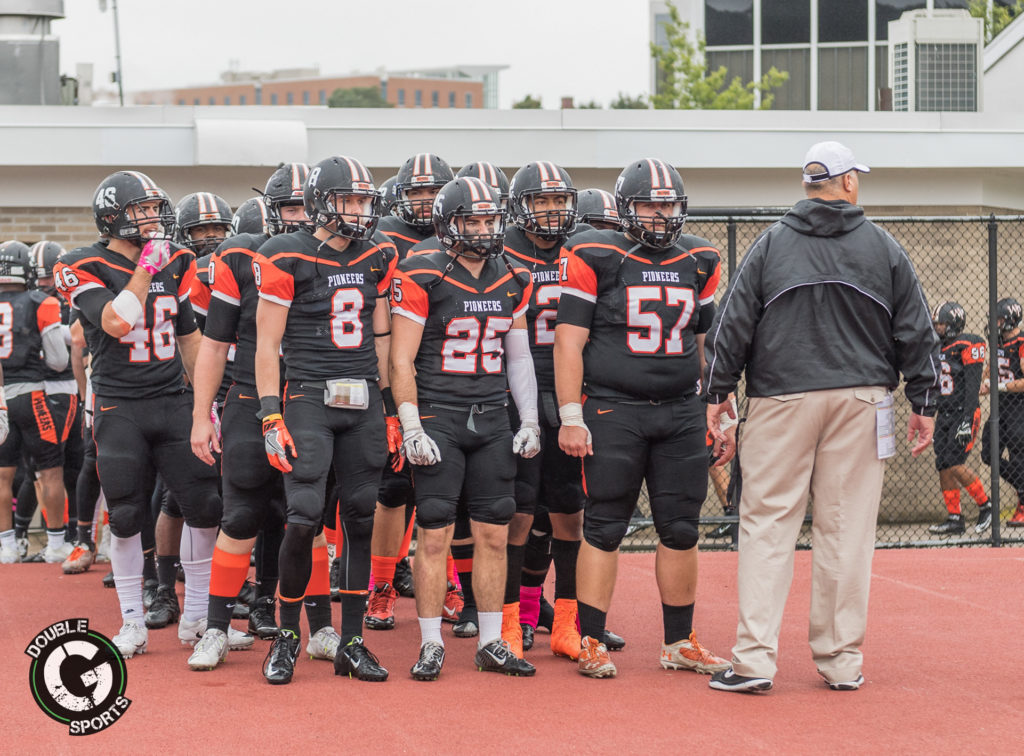 Despite ending a nearly three-year losing streak, the William Paterson Pioneers may have a sour taste in their mouth despite winning two games this season.

Entering NJAC play, the Pioneers had come off a thrilling 28-23 come from behind victory against FDU-Florham, as well as a dominant 35-0 win over Maritime College. Freshman sensations such as cornerback Devyn Blount and running back Terrique Reddick provided huge sparks to this team as a whole. Pioneer fans were hopeful that this William Paterson team could finally be respectable in the NJAC.

Then, they just never won an NJAC game. Not a single one.

The team looked outmatched in most of their conference games this season. One reason for this was the lack of a true passing attack, which put enormous pressure on the running back duo of Reddick and junior Marcel Mason to make plays. Defenses began to key in on them, and while they still played well throughout the season, they began to struggle a little bit towards the end of the season.

Defensively, it looked like they were beginning to come together during the early part of the season. They had allowed 14 or fewer points in four of their first five games. However, as their schedule became increasingly more challenging, the team couldn’t improve enough to compete against the top NJAC offenses. Teams such as Salisbury, Wesley, Montclair State, and Rowan, utilized their athletes very well against a significantly younger Pioneer defense.

However, the confidence from this season should only lead to good things for this Pioneer program moving forward. Reddick earned first-team All-Conference honors this season, the first Pioneer to do that since Anthony DiMarsico in 2014. Despite only finishing 2-8, it’s much better than 0-10, and they finally know how it feels to win (a little).