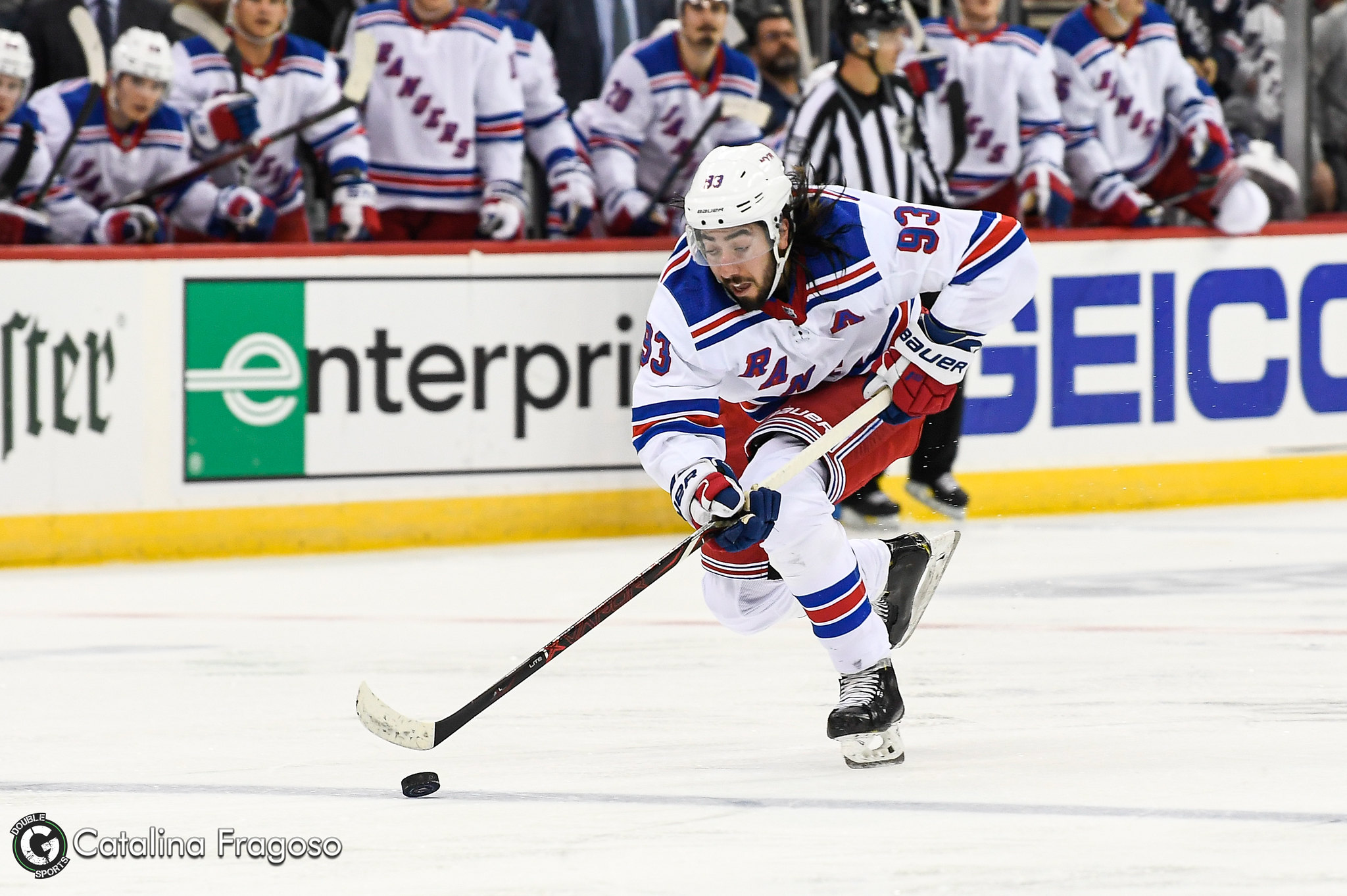 New York heads home to Madison Square Garden to play Nashville at 7:00 PM Monday. The Rangers are coming off an overtime loss to the Ducks that ended their west coast trip at 2-2. The Rangers are 10-1-0 record in games that follow a regulation or overtime loss and will look to further improve their record after a successful road trip.

Monday, the New York Rangers will face off with a Nashville Predators team that they are 7-3-0 in their last ten games against. The Rangers had a very successful west coast trip, where they won two games and took five of eight possible points. It has also been a good week for the Rangers’ leading scorer Artemi Panarin.

Panarin has kept up his torrid productive pace. The 28-year-old Russian winger scored a hat trick on Thursday against San Jose and a goal on Saturday in Anaheim.

Mika Zibanejad did his best to keep up with his teammate. The 26-year-old Swede has scored two goals in each of his last two games. Panarin and Zibanejad account for eight of their team’s last ten goals.

How do the Rangers match up with the Nashville Predators? Panarin has scored a point in each of his last three games against Nashville (two goals, three assists), while Zibanejad has a point in his last three games against Nashville. Zibanejad and Panarin are teammates but also competitors for the spotlight and credit as the team’s top offensive player. Panarin has 42 points in 32 games this year, while Alternate Captain Mika has scored 21 points in 19 games he has played this season, while having 11 points in the ten games since he returned to the lineup on Nov. 27.

I cannot remember the last time the Rangers had two players with the offensive prowess that both Artemi Panarin and Mika Zibanejad have. Back in 2014 when the Rangers had Rick Nash, who scored 42 goals, their next best scorer was probably Derick Brassard, who was a solid playmaking center but no Mika Zibanejad.

If Filip Chytil, Chris Kreider, and Kaapo Kakko start producing more offense, then the Blueshirts will have a potent top-six. The 18-year-old Fin has two points in his last five games and has cooled off in December after a hot November.

Filip Chytil has been even cooler than Kakko. Chytil has two points in his last ten games and has gone pointless in 12 of his last 15 games. Chytil and Kakko skate well and have offensive ability but have a long way before they are as productive as the Ranger’s offensive leaders, Panarin and Zibanejad.