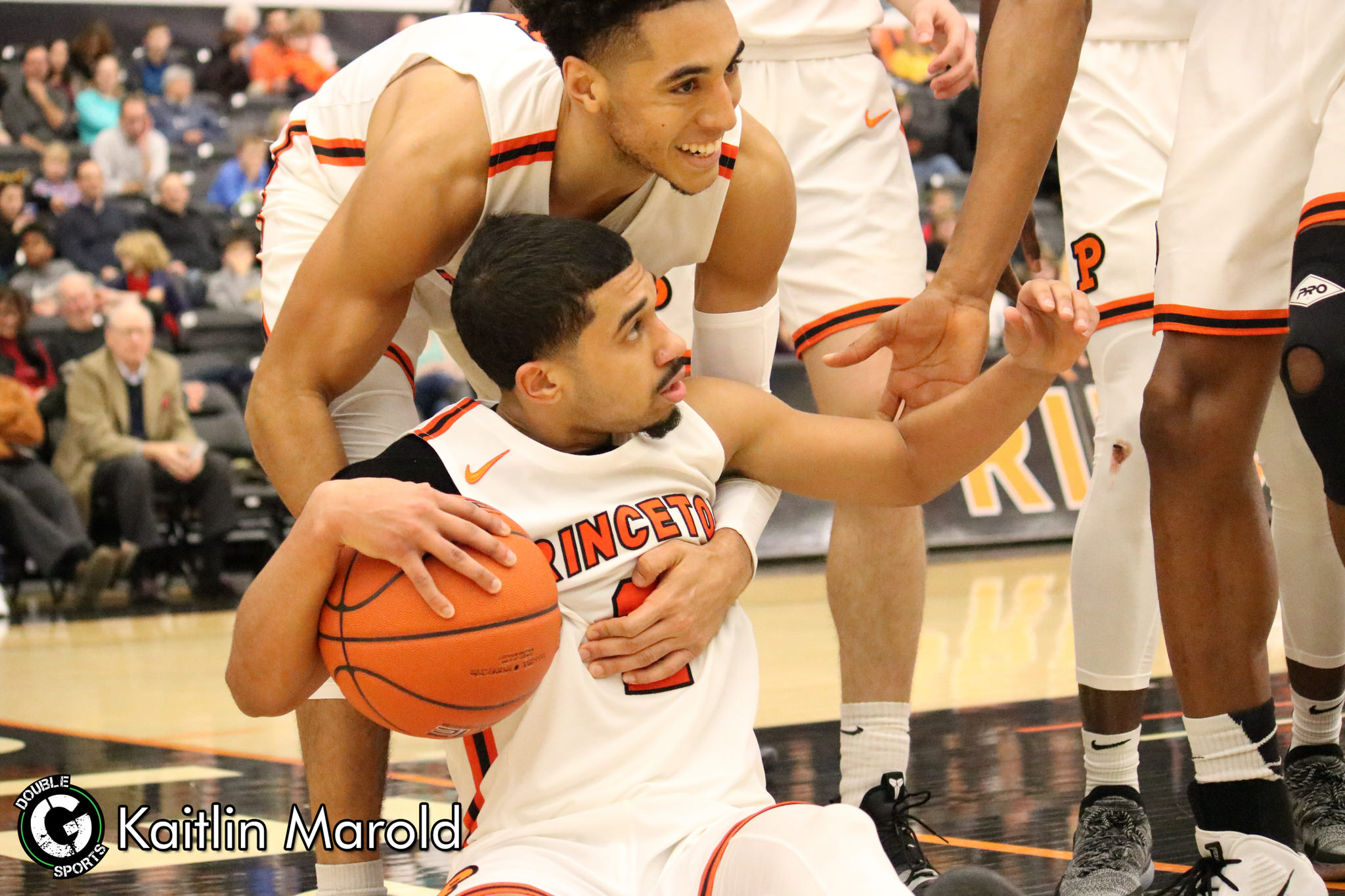 Princeton Stuns No. 17 Arizona State on the Road in Tempe

Richmond Aririguzoh’s pair of free throws in the final seconds clinched victory for the Princeton University Men’s Basketball Team as they handed no. 17 ranked Arizona State Sun Devils a 67-66 upset defeat Saturday afternoon, just one game removed from their shocking upset over the no. 1 team in the country in Tempe, Arizona.

The Tigers took to the court at Arizona State’s Wells Fargo Arena, the same court that saw no. 1 Kansas Jayhawks fall just a few days prior, having not beaten an AP top-20 team since their memorable upset over UCLA in 1996.

Luckily for Princeton, their coach knows a thing or two about upsetting highly ranked opponents as Mitch Henderson was a key member of that Princeton team that stunned UCLA.

In the absence of senior leader and second leading scorer, Myles Stephens, the Tigers were carried by the sharpshooting playmaker Devin Cannady and and sophomore Sebastian Much.

The game began slowly as both teams struggled to shoot and manufacture meaningful possessions, but as any Princeton fan from the Pete Carril era will tell you, the Tigers do not mind playing at a slow tempo.

It was not until the 11:51 mark that a team was able to break into double digits, but Princeton, in their black and orange uniforms, were able to break that threshold while jumping out to a 11-5 lead.

Quebec native Jerome Desrosiers earned a rare start in the place of Myles Stephens and immediately reaped the benefits, splashing an early three pointer to help set the pace on the way to a career high 16 points.

Derosiers’ performance in the opening minutes was backed by another strong showing from the interior forward Richmond Aririguzoh. Aririguzoh managed to do what he does best which is get to the free throw line by getting the opposition’s big man into early foul trouble and he did just that.

In getting some early calls to go their way, Mitch Henderson’s Tiger offense was then able to work the ball inside with ease in order to redistribute around the perimeter to the hot hands of the guards.

It would come as no surprise to the Sun Devils that Devin Cannady could not be held in check for a second time after what was a lackluster outing for him against Duke in their 51 point defeat in Durham just over a week ago. Cannady rattled home five shots from beyond the arc en route to a game high 21 points and showed his poise and leadership abilities throughout the contest.

What did come as a surprise to the only ranked team from the Pac-12 Conference was the lights-out shooting from sophomore guard Sebastian Much. Much has been making stellar performances against opposition from “The Conference of Champions” seem routine ever since his freshman campaign.

After dropping a career-high 19 points in last year’s victory over the Trojans of USC, the California born Much added another 13 on Saturday, hitting four of his eight three point attempts. None of his baskets were bigger than a clutch shot from distance to give his side a 65-64 advantage with 2:01 remaining on the clock.

Arizona State were not without their chances, however. Shooting just 32 percent from the field for the game, the Sun Devils failed to execute down the stretch.

Romello White and Remy Martin were the two lone bright spots for the Arizona State offense, tallying 18 and 19 points, respectively, while the rest of the team faltered. The trio of Luguentz Dort, Zylan Cheatham and Kimani Lawrence were a combined 2-for-19 from the field.

Arizona State were not without their chances, however, despite a shoddy 32 percent shooting from the field for the game.

Following a pair of Richmond Aririguzoh free throws, down by a single point, the hosts got their chance to avoid the upset.

Princeton faced a flurry of shots and failed to obtain possession, but all three attempts in the final 10 seconds of play hit nothing but iron as the Tigers were able to survive and pull off their first victory over a top-25 opponent since 2012 against Harvard.

The Tigers will return home after the new year, having completed their non-conference schedule with a 7-5 record, and walking out of Tempe with what could very well be a season defining win.

The Pirates Steal the Lead Against the Red Storm
Ramapo College splits a pair of games at D3Hoops.com Classic in Las Vegas
Posting....