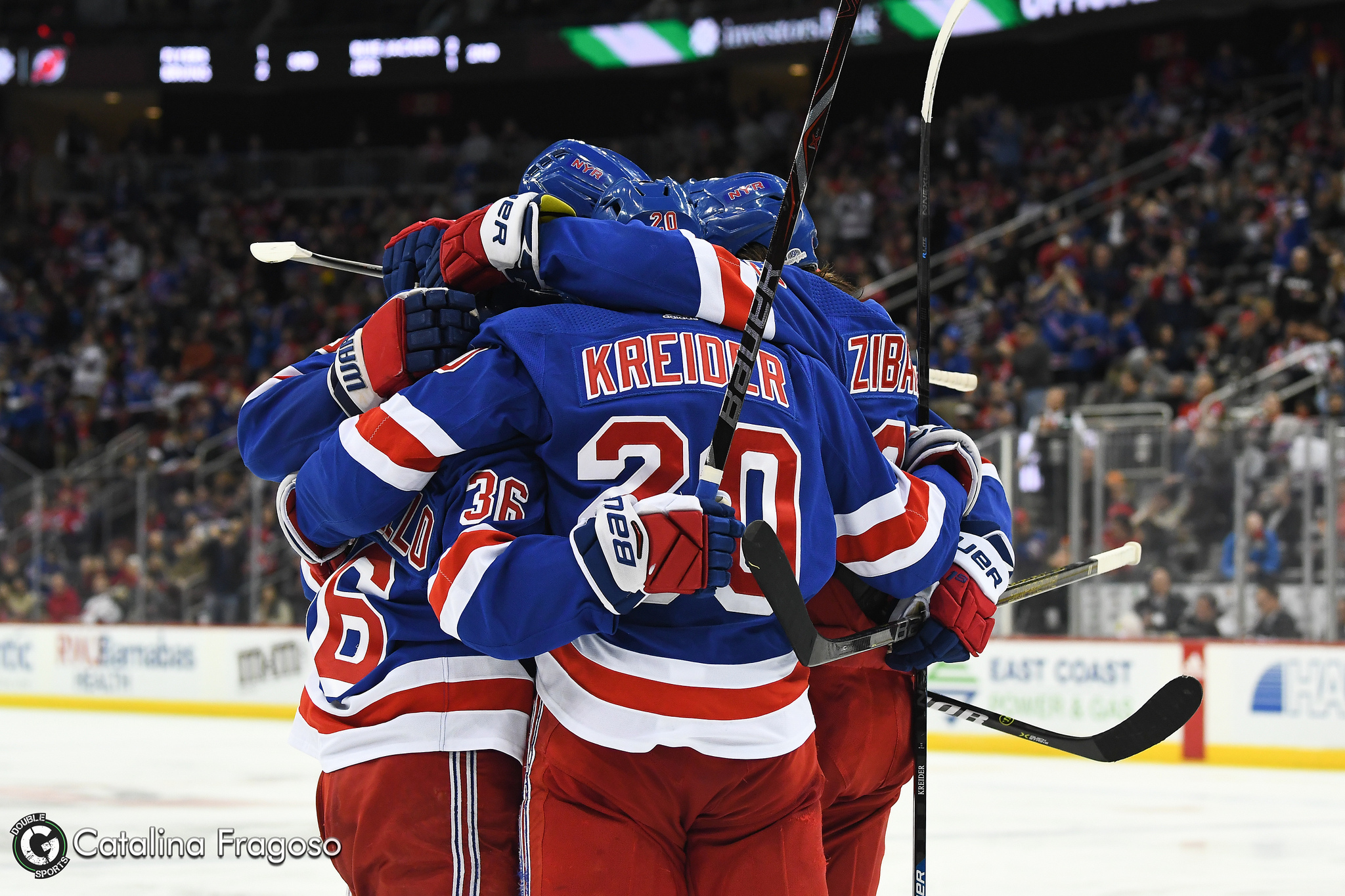 With the NHL currently suspended, Anthony Paradiso looks at the Rangers’ top players this season.

A week ago, the New York Rangers had won nine out of ten games, and fans were wondering if the team could make the playoffs. However, on Thursday, NHL Commissioner Gary Bettman announced that the NHL would pause the 2019-20 season “due to the concerns of the coronavirus.” Bettman explained further that the “goal is to resume play as soon as it is appropriate and prudent.”

If the season were to end today, the Rangers would sit just two points behind the Carolina Hurricanes, who occupy the second wild-card spot in the Eastern Conference. To be in that position with a young team speaks to the chemistry and growth that’s taken place on this year’s team.

While the four-team playoff race in the Eastern Conference is on ice for now, the Rangers have a good core of young players to build around going into next year. Here are six players who have emerged as leaders on this year’s team.

When the 27-year-old signed a seven-year contract worth $81.5 million in the off-season with the Rangers, fans expected the Russian winger to score around 80-90 points. What has happened is Panarin has 95 points with 12 games left! He is tied for third in total points with David Pastrnak of the Boston Bruins and ranks third in the NHL in assists (63). He is also tied for eighth in power-play goals he is on ice for.

Panarin’s success has rubbed off on linemates, Mika Zibanejad and Ryan Strome, who are both having the best statistical years of their careers. Strome’s plus/minus has been in a negative the last five seasons, but this year it is a plus-21. If this year is a reflection of what Panarin brings to the team, the future is bright for the New York Rangers.

On Tuesday night, Zibanejad scored his 40th goal in the Rangers’ 4-2 win over the Dallas Stars. The 26-year-old centerman became just the 20th player in franchise history and the first Ranger since Rick Nash in 2014-15 to score 40 goals in a single season. Zibanejad scored his 40th goal of the year in his 55th game, which is just one game fewer than Rangers great Jean Ratelle, who scored 40 goals in 56 games in 1971-72.

Furthermore, Head Coach David Quinn speaks highly of both of his top scorers, Mika and The Breadman.

“It’s so much fun to watch a player grow, and he continues to grow, day in and day out.”

In the last 21 games, Zibanejad has scored in 17 of them. Panarin is tied for third with David Pastrnak for third place among NHL point-scorers. Panarin and Zibanejad have established themselves as some of the best offensive weapons in the league this year and look like they will continue to be for some time.

Adam Fox made the New York Rangers NHL roster after training camp with no previous NHL experience under his belt. Fox took about a month to get going. Ever since he scored a great goal in overtime on Nov. 12, he has become one of the Rangers’ leading scorers on defense. This season, Fox became just the fifth Ranger D-Man to score 40 points in his rookie season. Not too shabby for someone playing in the NHL straight out of college.

Anthony DeAngelo leads all Ranger defensemen with 53 points this season. Let us look at some of the little statistics that have made DeAngelo good this year.

He is a +10, which is the best plus/minus he has ever had in his career. The 25-year-old from New Jersey has quarterbacked the Rangers power play this year after Kevin Shattenkirk left before the season. The Rangers were looking for a player who is good handling the puck.

The rookie goalie has exploded onto the NHL scene. Shesterkin is 10-2-0 with a .932 save-%. Shesterkin was injured in a car accident with teammate Pavel Buchnevich and suffered a fractured rib in the accident and missed two weeks before he started on Mar. 8 against the Devils. The 24-year-old goaltending phenom has emerged as the Ranger’s number-one goalie option. Going into next year, Shesterkin will be one of the NHL’s best goaltenders. If the Rangers can keep him and either Lundqvist or Georgiev, they will have the best goaltending in the league.

The 28-year-old left-winger could have easily been wearing another uniform after the Trade Deadline this year. Kreider made the All-Star game for the first time in his career and was a great leader this season. Kreider is more than a big, strong winger. He can skate fast and has improved his shot. This year he scored 24 goals before he fractured his foot blocking a shot on Feb. 28. Kreider may have had his season cut short again, but no one can argue how hard he plays every night and how important it is for the Rangers to have an experienced player like Kreider going forward.

The Rangers have proved this season that they have enough talent to climb the Eastern Conference standings and beat a lot of the teams ahead of them in the standings. But what can the Rangers do when all of their young players become superstars. Could Kaapo Kakko, Filip Chytil, and Ryan Lindgren continue to improve next season? The NHL season is suspended, but the Rangers’ future looks very bright.