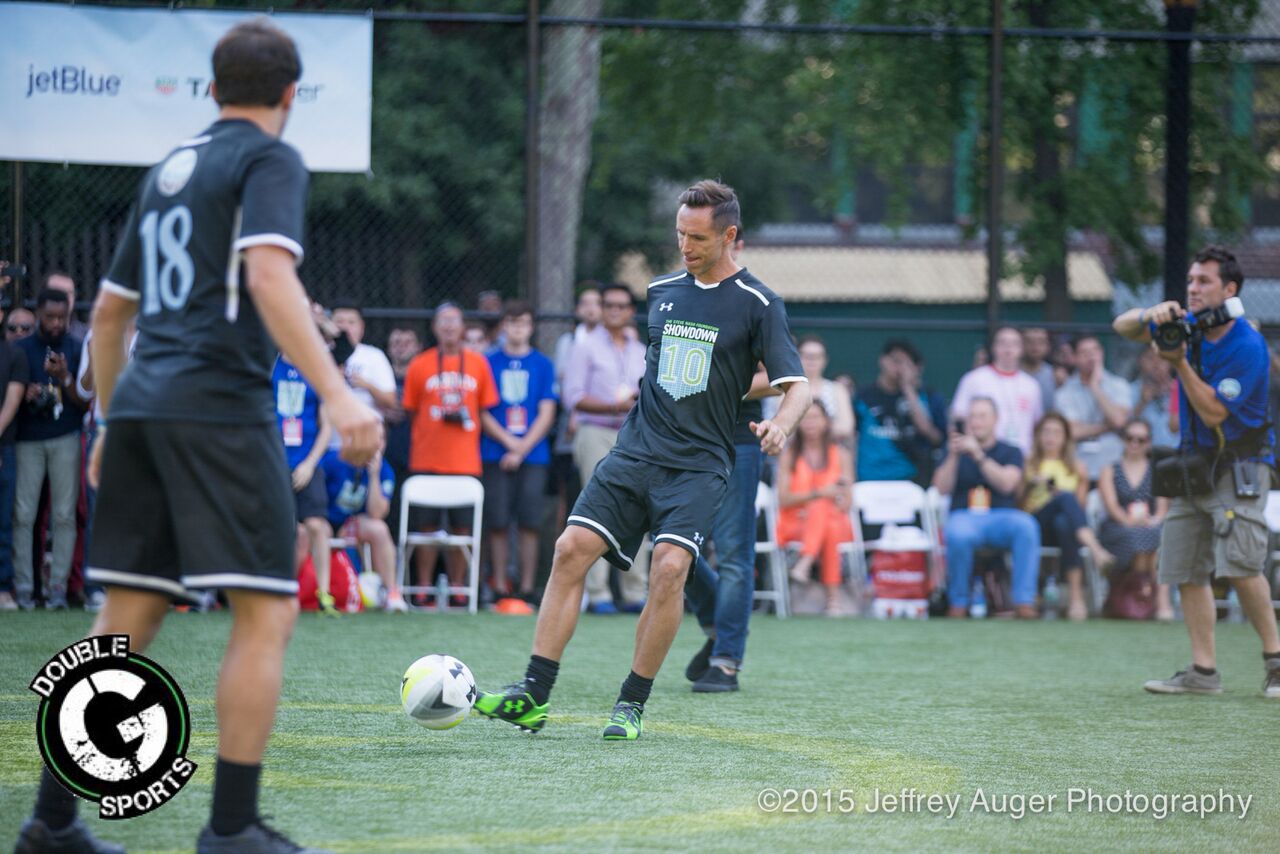 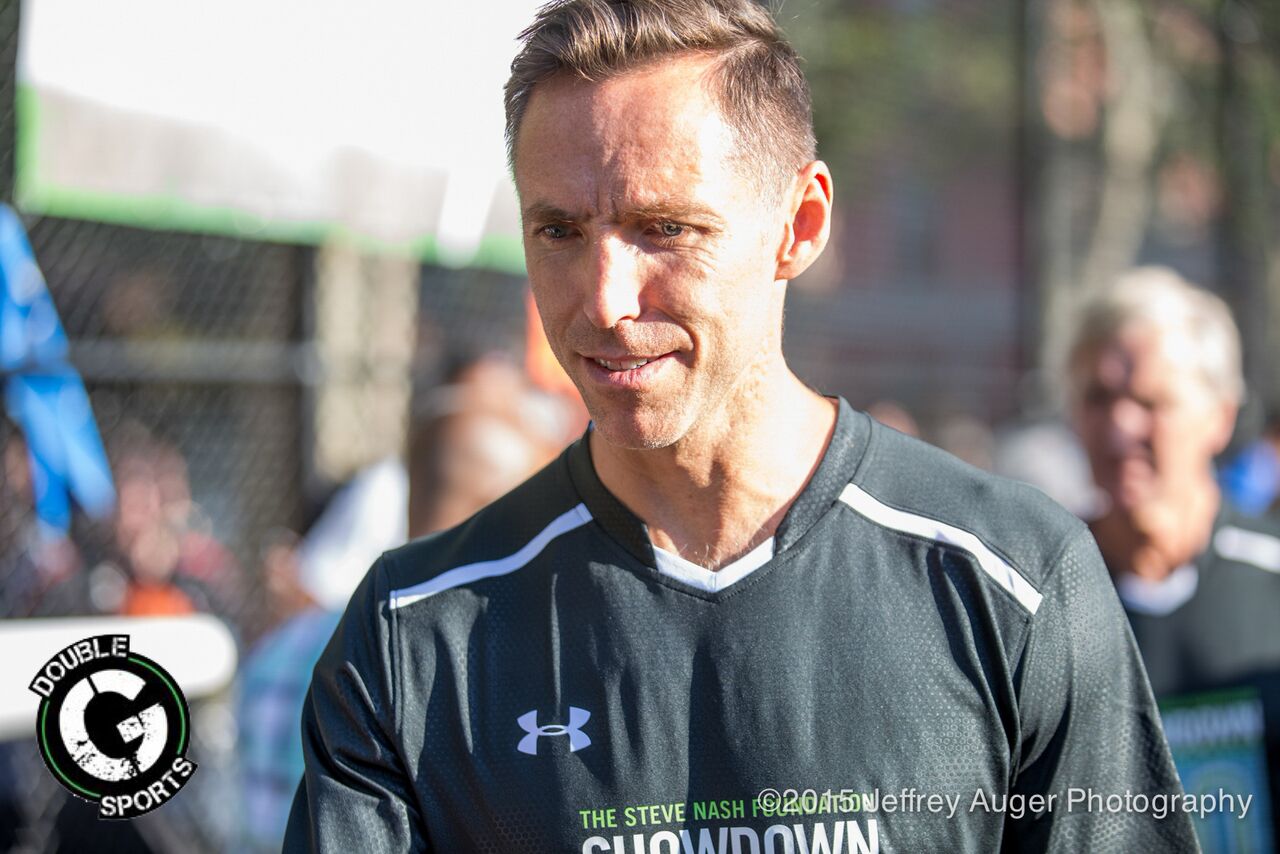 Why, you may ask?

The Foundation “is a US 501©(3) and registered Canadian charity dedicated to assisting underserved children in their health, personal development, education, and enjoyment of life. The Foundation works to increase access to critical needs resources at home an abroad to ensure that every child has a chance to grow, with a focus on early childhood development and child abuse prevention research strategies.”

Throughout the game, the ball was moved well: fancy footwork, accurate passing, and many close goal scoring chances on either end made the first half a nail biter. Honest opinion, when a guy, who has succeeded to the highest level in a sport that is played with the ball handling skills done with both hands, can play another sport, soccer, casually for fun with a group of pros, and not pass the ball by picking it up, that’s an all around athlete right there. I was amazed by the athletic ability of these guys! I guess that’s why not everyone can be a pro!

Speaking to Cameron pre-match, I asked him about his feeling playing against (taller) NBA players, and if he thought they would accidentally try and play the ball with their hands. “They’ll be good in the air, but I’ll be quicker on the ground. But, yea it’s going to be a great event, a good time. So I am happy to be here.” Yes, Cameron with quick, very quick. He was all over the field, always in the right place at the right time.

History was made, as the score was tied deep into the second half. First time that has happened at a showdown. USA pulled away with the win 8-5.

Before and during the game, behind the bleachers was an area filled with sponsor tables; prizes, games, give aways, and contests. This year’s Showdown was sponsored by GNC, Cyber Dust, Major League Soccer, Under Armour, TAG Heuer, JetBlue, Windows, Body Armor, Jawbone ®, Kicks to the Pitch, Uni-Sport, and Phebe’s Tavern & Grill.

It was an honor to be there. This is an annual summer staple, already looking forward to the next Nash Showdown!

Knicks Nab ND’s Grant for Hardaway
Why the Jets Could be the Biggest NFL Surprise
Posting....