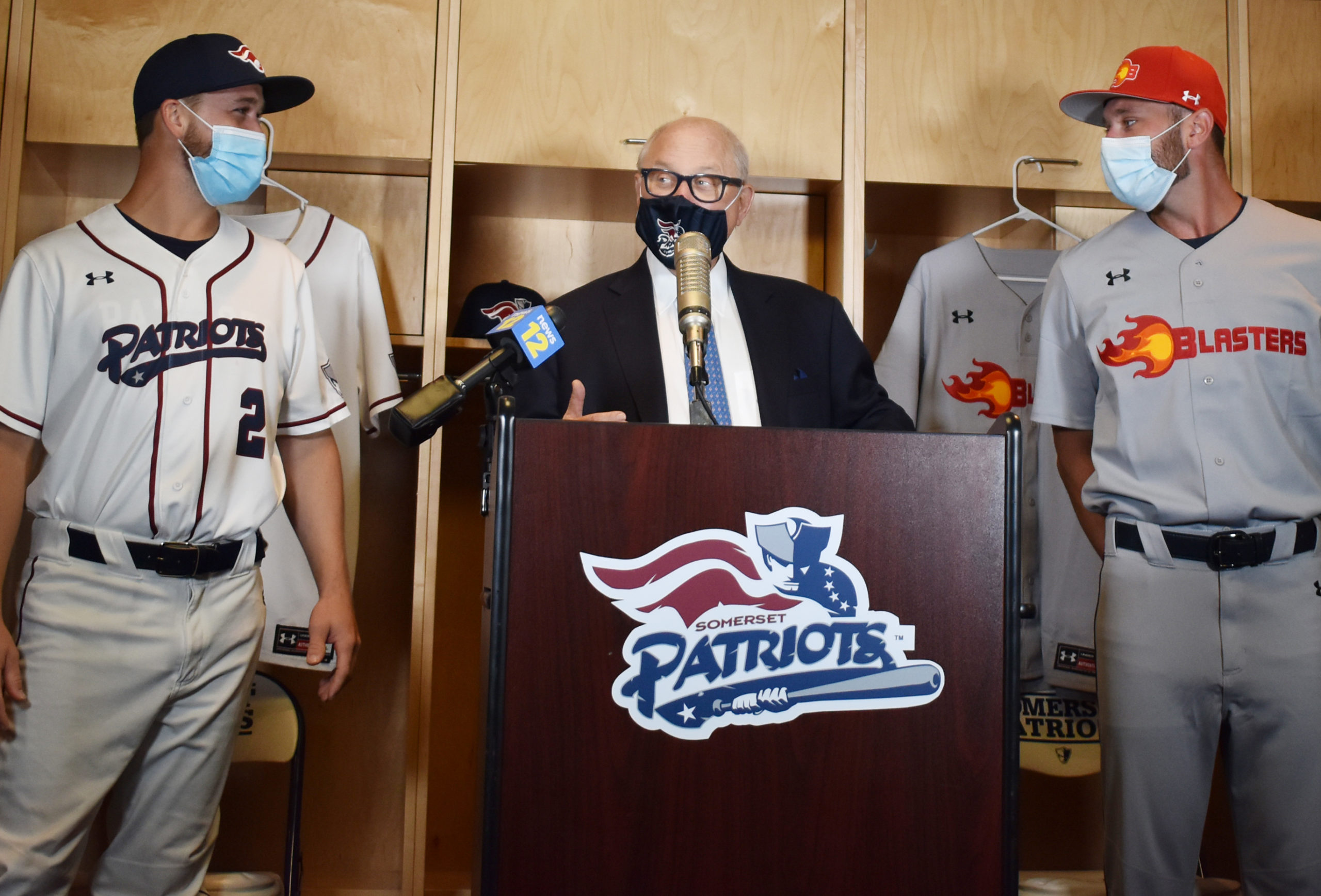 With no teams to play against, the Somerset Patriots created one, the New Jersey Blasters. The two will face off on Fridays and Saturdays at TD Bank Ballpark.

Professional baseball was resurrected in New Jersey this past week, as the Somerset Patriots announced a unique solution to the challenges created by the COVID-19 pandemic. With no league to play in and no teams to oppose, the organization signed additional players and created a second squad called the New Jersey Blasters.

The Blasters will face off against the Patriots in the Somerset Professional Baseball Series which will be played at TD Bank Ballpark on Fridays and Saturdays from July 17 to August 22.

With Minor League Baseball and almost all independent league seasons canceled, the Somerset Patriots were able to select from an unusually strong pool of talented players.

Like many of those scheduled to participate in the series, Billy Layne Jr. was among the 252 players released by major league teams in the first two days of June, according to Baseball America.

“I was really grateful for the opportunity,” said Layne, who signed following an open tryout on June 27.  “I’m just really really thrilled to be a part of this,” he added enthusiastically. 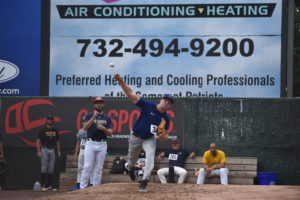 After being released on June 1 from the Texas Rangers, Layne was supposed to head to Illinois to play in the Frontier League, but when that was cancelled, he had a second opportunity in a matter of days taken away from him. “That was a tough blow because I still want to showcase myself,” Layne explained. “[But] one door closes, another door opens.”

At that point, the Somerset Patriots held workouts and an open tryout at TD Bank Ballpark, to which local talent flocked to Bridgewater, hoping to get an opportunity to play professional baseball in 2020.

Patriots utility man Dan Valerio wrapped up his college career at Southeastern University in the spring. Initially, Valerio signed to play for the Windy City ThunderBolts in the Frontier League. However, their season was cancelled on June 24.

“I thought I was going to go to Chicago to play this season and then this opportunity came upon itself,” Valerio said. “[It started] with some open workouts and it’s turned into an opportunity to be on the team, so I’m just really excited to get some at bats, and to play for an organization like the Patriots is just an honor.”

The Patriots and Blasters held their first practice on Thursday, July 9. After his release from the St. Louis Cardinals following the best season of his career, Blasters infielder Martin Figueroa felt overwhelmed by the sight of TD Bank Ballpark. 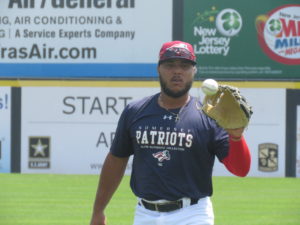 “You kind of feel like a kid in a candy store when you step on that field,” he said. “I’m very excited to have some type of baseball here in New Jersey after everything that’s happened.”

Additional players of note in the series include fan-favorite Scott Kelly, plus David Kubiak who posted a league-best 1.76 ERA in 2019 with Somerset, as well as eight-year big league veteran Vin Mazzaro. Past Patriots on the rosters include Nate Roe, James Pugliese, Justin Pachiolli, Taylor Wright, and Zach Racusin.

The Patriots games against the Blasters will be seven innings each, and extra innings will begin with a runner on second base. There will also be a ten-run mercy rule after the fifth inning. With two games a week, the schedule adds up to 12 games. First pitch for all of the matchups will be 7:05 PM.

“It’s just very exciting to have our sport back. It’s something that everyone can look forward to, some kind of entertainment and something good for the community and the people here of New Jersey,” Figueroa said.

At the conclusion of the season, the Patriots will be giving out awards that will come with some heavy weight. The Joe Torre Championship Trophy will be presented to the winning team. Additionally, the series’ best pitcher will receive the Sparky Lyle Award, while the best player will receive the Willie Randolph MVP Award.

With the current New Jersey protocols capping outdoor gatherings at 500, the Patriots and Blasters are selling 400 tickets to each game (the other hundred will go to players, umpires, staff). Tickets are $10 for general admission seating.

“It’s gonna be nice, some fans can come, Dan Valerio explained. “It’s just about being able to go out there and play the game that I love.”

In a press conference last week, Somerset Patriots Chairman Emeritus Steve Kalafer told the media “The most important aspect of our program is the safety, security, and the welfare of not only our fans, but the community, our players, and our staff.”

Valerio backed up Kalafer’s statement, saying “I think they are taking every precaution, they’re taking care of us so (there’s no) concern.”

Patriots players will have their temperatures checked routinely and be tested for COVID-19 weekly. All players will live at home, and fans will be required to wear masks while entering and walking about the ballpark.

“This is a plan that has been vetted by health care professionals, meets the CDC (Centers for Disease Control and Prevention) guidelines, and New Jersey’s executive orders,” Steve Kalafer continued. “We are going to have baseball for our community.”