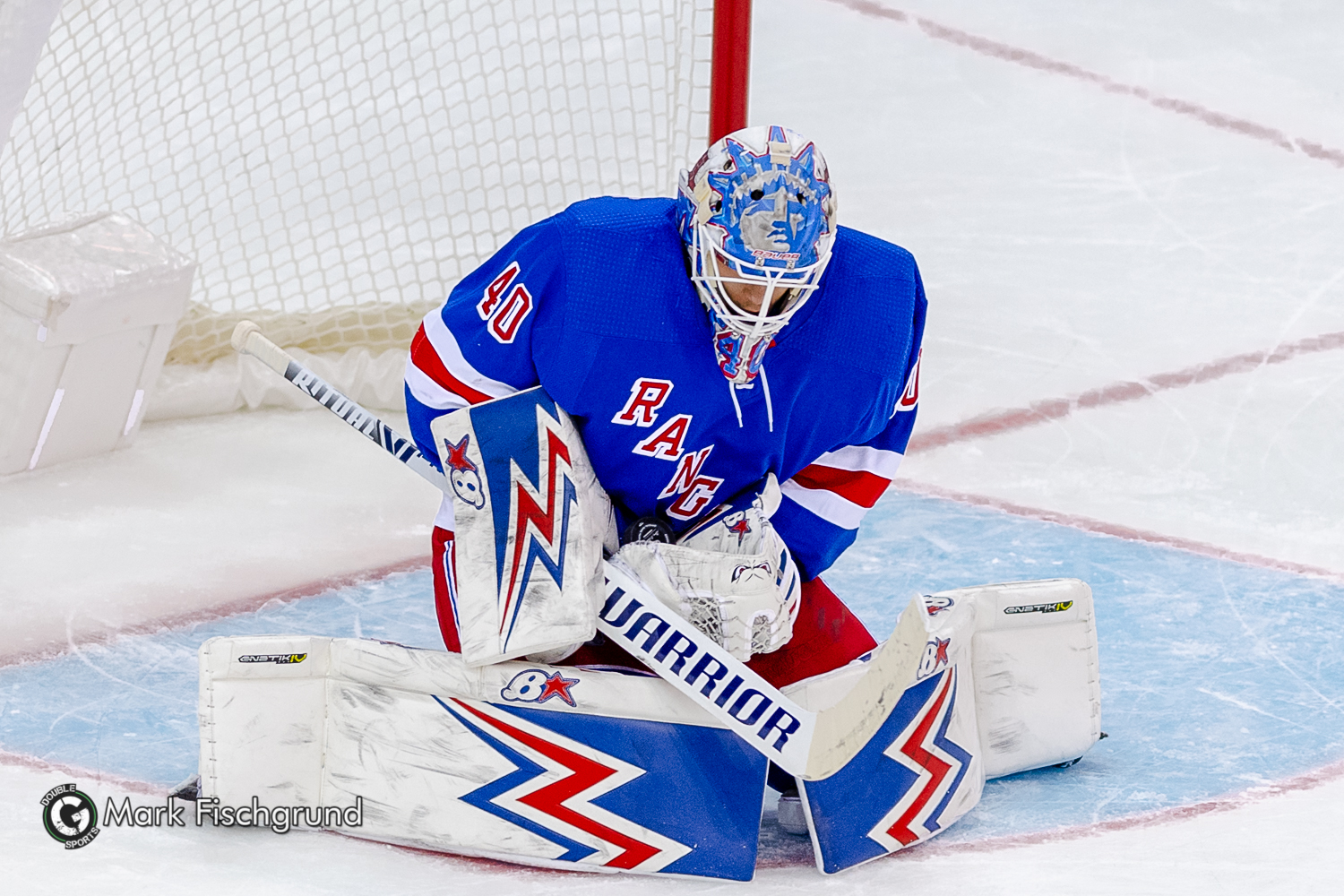 As the National Hockey League (NHL) approaches its trade deadline on Feb. 24, the New York Rangers are debating if trading one of their three goaltenders is necessary. This means New York will have a tough decision either at the trade deadline or this summer regarding the franchise’s all-time wins leader Henrik Lundqvist.

Rookie Igor Shesterkin has gone 6-1 with a .941 save percentage since being called up from Hartford on Jan. 7. The young Russian’s consistency has made him the Blueshirts’ number-one goalie, however, the Rangers have two other good NHL goaltenders that could start on other NHL teams in Lundqvist and Alexandar Georgiev.

Here is how the Rangers can deal with their two back-up goaltenders as the trade deadline draws closer.

The 24-year-old Georgiev has a 14-12-1 record and a .912 save percentage this season. Not bad for a 24-year-old playing in his second full NHL season. Georgiev is a restricted free agent next year, which impacts how the Rangers look at him because he will demand a pay-raise in 2021.

I do not think the Rangers will trade a young goalie with great potential like Georgiev unless they are given a great offer. That offer would include a first-round pick or a top-six forward. It’s worth remembering that Georgiev has never been a starting goaltender and has only ever been a back-up. Could he become one? Sure, but that is the gamble that a team, like the Colorado Avalanche, will take in trading for him.

The 37-year-old would have to waive his no-movement clause before the Rangers even came close to dealing him, however, if there is a team that could contend for the cup and is able to take on his $8.5 million cap hit, a deal could get done.

The Colorado Avalanche are contending for a cup and could use a goaltender of Henrik Lundqvist’s ability and experience. Right now, their number-one goalie, Philipp Grubauer, is out with a lower-body injury and the team is not sure how long he will be out, so Lundqvist could be a big help to the Avalanche right now.

Lundqvist has the most career wins (459) in Ranger history and will one day see his number 30 hanging in the rafters at Madison Square Garden. The one thing missing from his resume is a Stanley Cup. Maybe Lundqvist feels like competing for a Stanley Cup is more important than finishing his career as a New York Ranger on the bench.

Keep Lundqvist and Georgiev Until the Off-Season

Both Lundqvist and Georgiev could still be Rangers after the trade deadline has passed. If the Rangers plan on letting Lundqvist finish out his final season in New York and feel they can trade Georgiev for a top-six forward, then I think the Rangers would make that deal.

Lundqvist has made five appearances for the Rangers since Jan. 2. If “the King” continues to sit from now until the end of the season, it will only make calls for his departure louder. However, the Rangers front office must be focused on doing what is in the team’s best interest and if that means cutting ties with Lundqvist so Georgiev can stay, then that’s the way it has to be.

Let’s be honest, it’s not a problem that the Rangers have three goalies right now. The Rangers’ front office shouldn’t panic and deal either Lundqvist or Georgiev unless they are given a great offer. Although Lundqvist has never wanted to leave the Rangers, maybe a shot in one of his last years to win that elusive Stanley Cup could change the King’s mind.

Local Hockey Power Rankings- Week 19
Devils Handle the Sharks on Thursday, but up Next: Ovi and the Capitals on Saturday