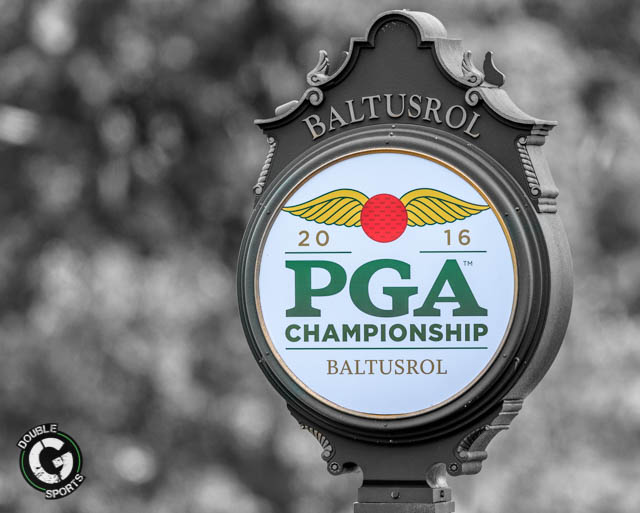 Play was suspended for today’s third round of the 98th PGA Championship at Baltusrol Golf Course in Springfield, N.J. due to weather and will be restarted at 7 a.m. ET Sunday, pending weather conditions.

However, the final round will also begin at 8:40 a.m. Sunday, staying in the same pairings as round three, with all pairings starting at hole one with 8:40 a.m. – 3:25 p.m. starting times.

In other words, come 8:40 a.m. Sunday, two rounds will be going on at the same time, the third and the final.

Starting times for the final round will be texted to the players Saturday evening.

“I would like to say how obviously disappointed we are with not being able to complete or even resume play for today. We had three cells of dangerous weather. We suspended when the first one came. The second two were only 30, 35 miles to our south, southwest. The forecast was for them to move through, and there was some clear, clear skies behind them,” said PGA of America’s Championships Officer Kerry Haigh. “Once the second cell, or the third cell went through and dissipated, and it was safe; then the rain came down a lot heavier and caused basically the golf course to have standing water and was unplayable. And even if it were to stop, we could not get the course playable. Certainly our intent from when we suspended play, there was clearly a window, had things gone the way we had hoped, and we had projected that they would go; that we would be able to play some golf later this evening or as we are sitting here now. Unfortunately that did not happen.”

Television coverage will continue on TNT with the conclusion of the third round at 9 a.m.

Phil Mickelson won the 2005 PGA Championship at Baltusrol, his second major, on Monday afternoon due to weather delays and darkness on Sunday.