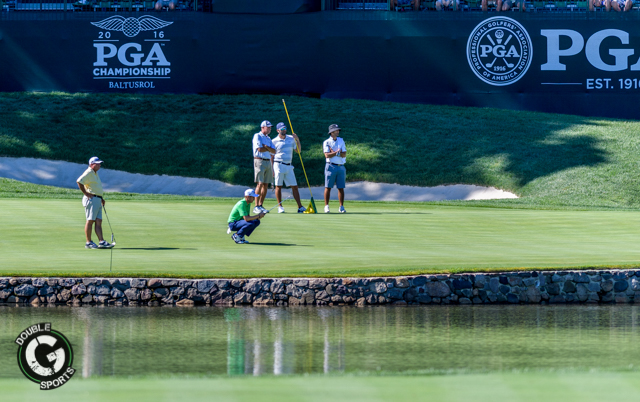 Good evening from the 98th PGA Championship at famed Baltusrol Golf Course in my hometown of Springfield, New Jersey.

MOTHER NATURE: Play was suspended for today’s third round with a restart set for 7 a.m. ET Sunday, pending weather. … Pending weather, the FINAL ROUND will begin at 8:40 a.m. staying in the same pairings as Round 3, starting from Tee #1 (approx. 8:40 a.m. – 3:25 p.m. starting times) … In other words, come 8:40 a.m. Sunday, two rounds will be going on at the same time. … Starting times for the final round will be texted to all players Saturday evening.

MOLINARI GOES SICK: Italy’s Francesco Molinari, who shot a 3-over 37 on today’s front nine, bogeyed the 11th hole and then recorded six straight birdies from hole 13 through 18, to post a score of 2-under 68, 1-under for the tournament.