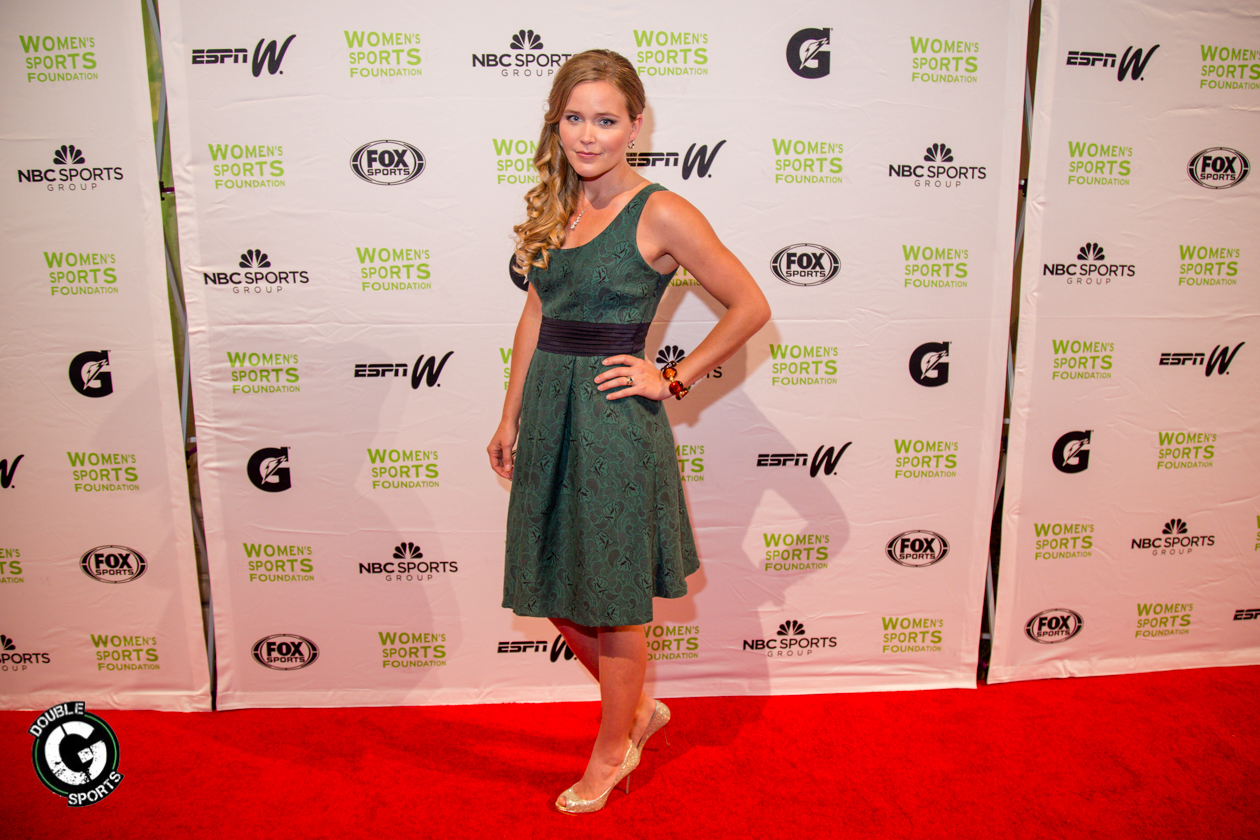 Women In Sports: Grete Eliassen Discusses Skiing and Doing what She Loves

As many of you know, March is Women’s History Month. Whether it be female athletes, coaches, or those working behind the scenes, women are playing a larger role in athletics every year. To help celebrate Women’s History Month and women in sports, throughout March, Double G Media will share one interview per day, highlighting a woman in the sports world.

Today, we introduce you to, Grete Eliassen.

The most important thing for Grete Eliassen has always been doing what she loves with no rules and structure.

Eliassen started skiing at the age of three. Both her Norwegian born dad and Minnesota native mom, were avid skiers so the sport was part of the family.  “At the age of ten, I realized I had a gift and loved skiing. I knew it was something more than a pastime. I skied in the local ski club in Minnesota,” said Eliassen.

A few years later, Grete and her family relocated to Norway. She became the Norwegian SL National Champion and began competing with the Norwegian ski team.

Starting out as a young girl Eliassen stated, “There were no other girls at my mountain doing what I was doing. There were no female role models to show me the way but I was able to watch the 30 sec. on Sarah Burton and Kristi Leskinen on the competitions, ski movies, etc. It was hard not having a nearby hero but it made me want to fight harder.”

At the age of sixteen, Grete won the Super-G at the Junior World Championship and placed third in slalom skiing at the European Junior Olympics in Slovenia. “At that time it was so much more than just skiing.” Grete’s love for skiing extended beyond racing and into free skiing.

“There were no other girls that wanted to do free skiing, jump rails, etc. Guys from my race team were interested so it was natural training with them,” Eliassen told me.  “There were a lot of male skiers I admired and I appreciated what they were doing. I feel like guys and girls are all the same. It is a great sport where you can ski with anyone and just see nature and a great part of skiing. Guys just gave me new skills to try.”

To develop her skiing, Grete wanted to learn aerial moves and worked on jumps. “I worked with an aerial coach named, Matt Christensen,” said Eliassen.

Christensen has worked with Eliassen and other Olympic skiers such as Bobby Brown, Kaya Turski, and Nick Goepper. They worked with Super Trampolines on how to jump, spin, and other moves to help with skiing. She now also trains on a water ramp, including the one in her backyard, to work on tricks while putting less pressure on her legs.

“A lot of clubs in Colorado transition from trampolines to water ramps, to mountains for learning tricks,” says Grete.

“I wanted to be an example for other girls to show if you have a dream you can go out and do it. The men think that too, but women can too. You can make a jump, films, photos, etc. and do things men can do,” said Grete.

A few years ago she had the opportunity to meet some sponsors including Red Bull and they worked to build a jump, a movie, and a picture going off the jump. “I have always loved to see how high and far I can go. On the first day, I went over 31 feet and it was so cool. It was an accomplishment. I was not trying to compete but just wanted to see how far I could go. It still stands today.”

In the first year competing in the free skiing event, Eliassen placed first in the Rip Curl Free Ski and the US Open. She went on to win the US Open three more times, captured back to back gold medals, two silver, and two bronze medals at the Winter X Games. In 2007, she was named the “Women Skier of the Decade” by Fri Flyt Magazine after winning all the open events, US Open, European Open, and Nippon Open in 2007.

“When I’m competing not watching the other girls as much, but just focusing on myself and having fun,” she said.

Grete landed a big jump and recalls the experience. She said, “I looked at the scoreboard and was surprised because I was just having so much fun in the moment. I was just surprised and excited. I remember saying ‘Oh wow that’s me’. Then I began to realize my potential.” 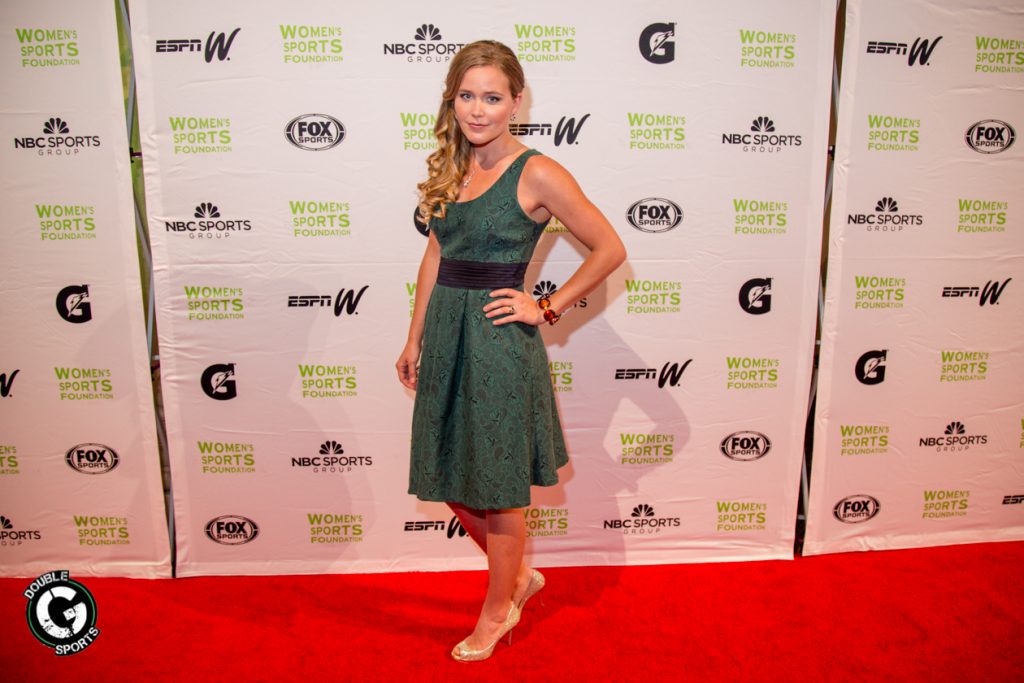 Grete has been doing all she can to help inspire young female skiers through creating pictures and videos for social media and the internet. “My dream is to influence young girls to get out, be active, pursue their dreams, follow their path and go for it. I am very active on Instagram, my website blog, and social media.”

She co-produced and was featured in the ski film titled, “Say my Name” with one of her sponsors, Red Bull, in 2010. Grete said, “Women didn’t get much play time on television on skiing. I was mad because I wanted girls to be able to watch me, emulate me, and be better. Growing up I used to do the same thing- watching skiers and trying the tricks.”

For the film, Eliassen won ESPN the award for Best Performance in a Leading Role and IF3 Montreal Best Female Performance for her role in the film. “I made the movie because the media had not figured it out yet, so much to showcase and it is not available for girls to see. I think it is a big inspirational thing.”

“Now at 29 I can look back to when I started at 17 and it has been an incredible ride. I didn’t realize that it was something of interest. I never knew I could accomplish what I did today because the contest and tricks did not exist when I started. I wanted to be the best skier on the mountain,” says Grete.

In 2010, Eliassen broke the Hip Jump World Record as she reached speeds of 60 miles per hour downhill, hit the custom 30 foot hip feature, and then soared over 31 feet in the air. To this day, no woman has even come close to breaking her records.

“I am still a pro skier, but I am finding ways to get paid and have fun. I hope to be some sort of an inspiration for the next generation,” said Eliassen.

Grete is doing just that as she is the athlete representative for the United States Ski and Snowboard Association. She represents athletes and makes sure they have the help and support they need. Eliassen is also a member of the Women’s Sports Foundation Athlete Advisory Panel.

Grete said, “I feel like the only way to make a difference is to make sure the next generation has figured it out. I went through a lot of struggles and previous generation went through way more.”

It is also important to her to protect the athletes and keep them healthy from head and knee injuries. Overall, she is trying to bring back the mentality of free skiing that she loves.

Eliassen encourages young girls. She said, “You have to speak up even if on social media and you have to prove that you can do it. Fight and speak out.”