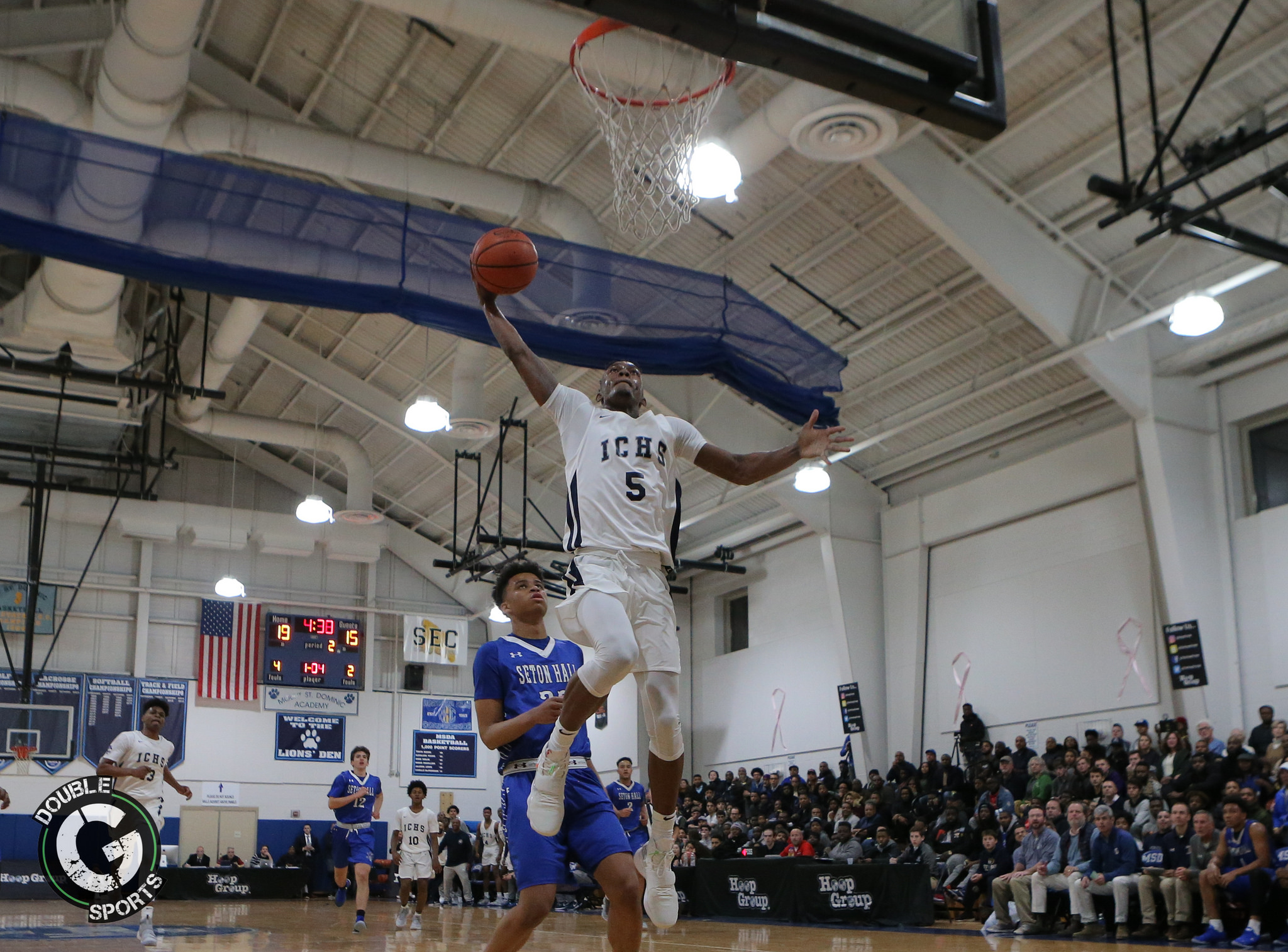 After trailing for the majority of the first half and facing a 32-28 halftime deficit, St. Benedict’s erupted in the third quarter behind the play of Lester Quinones. The junior scored 10 of his game-high 22 points that put the Gray Bees up at the end of the third quarter 44-40. Opening up a 52-42 lead with 5:22 remaining in the fourth, Our Savior New American rallied chipping the deficit down to four with 2:13 left, but the Gray Bees sank five out of six free throws for the victory.

Leading 15-13 after the first quarter, Blair took over a foul-plagued contest knocking down free throws and shooting lights out from beyond the arc for a 37-27 advantage at intermission. CBA went on a 9-2 run slicing the margin down to 45-37 with 3:40 left in the third quarter but that would be as close the Colts would get. Leading 52-41 after the third quarter, the Bucs outscored CBA 17-8 for the 69-50 win. Junior Keenan Worthington poured in a game-high 14 points and pulled down ten rebounds. Gabriel Ravetz netted 14 points while Jordan Dingle added 11 points.

Ranked number five in the country by USA Today and with three players ranked in ESPN’s Top 100, Hudson Catholic wasted no time backing up those credentials, sprinting out to a 19-0 lead. Rattled by a tenacious defense, Pope John did not register their first points until late in the first quarter. Louis King, who has committed to Oregon, put on an aerial show throwing down numerous thunderous dunks. King ended with 18 points while senior Luther Muhammad chipped in with 14 points as Hudson Catholic coasted to an 82-55 victory.

Trailing 35-28 at halftime and by as much as 15 points in the third quarter did not deter Rutgers Prep. A furious 18-4 run in the final period was led by Nashon Battle, Nate Lyles, and Jonah Charles. On back-to-back possessions, Charles stroked consecutive trifecta’s pulling Rutgers Prep to within three points with 4:16 left on the clock.

A minute later Battle buried a trey putting Rutgers Prep up 57-56. Trey Patterson’s breakaway slam extended the margin to 62-59 with 2:17 remaining. Union Catholic rallied to tie the game up on a lay-up by Justin Archer. Charles’ lay-up with 1:36 left put Rutgers Prep back in front. Up 66-65, Charles hit a critical put-back jump shot. Union Catholic had one last attempt to tie the game but Josh Lewis’ three-pointer clanged off the rim.