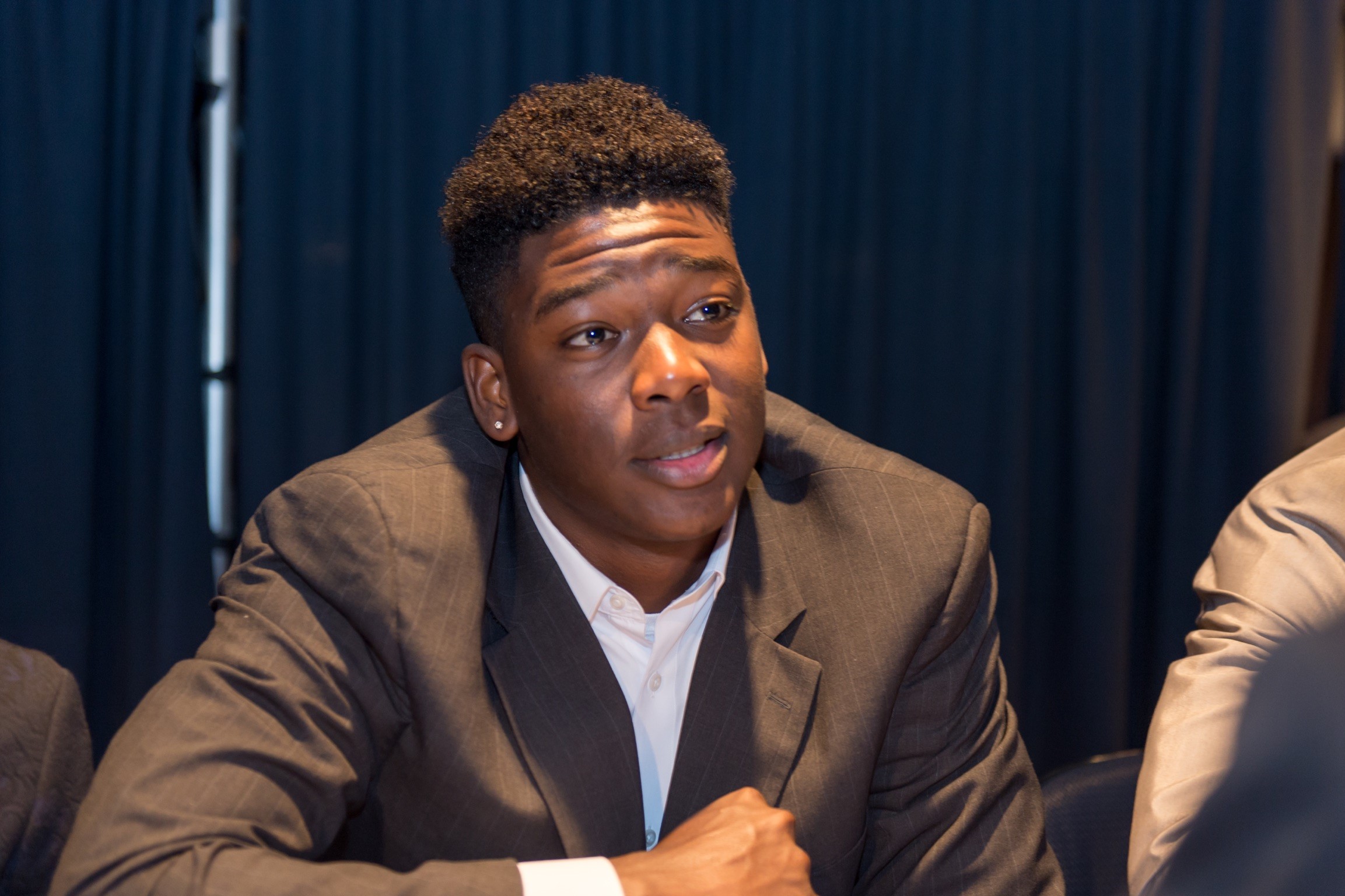 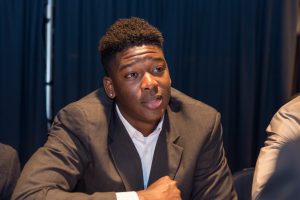 BIG EAST Media Day was held at Madison Square Garden on Wednesday as the stage was set for one of college basketball’s best conferences.

Although there were no basketballs being shot, there was still plenty to talk about as the Big East Conference looks forward to another big year in college hoops. BIG EAST commissioner Val Ackerman opened the day up with thoughts, and some important facts as the opening tip is less than one month away. Ackerman spoke about the conference, and the tightness of the coaches as well as the playoff reputation.

“We have a group of coaches who are very united,” she said. “We are a strong conference.”

Ackerman continued to discuss the changes made in the NCAA as well as the publicity of the conference.

“Despite the many changes in NCAA landscape, the conference remains well represented nationally,” Ackerman said. “Nearly 150 men’s basketball games will be broadcast on Fox Sports networks, and viewership of the new Big East was up almost 50 % last year as opposed to year one.”

“This year will be our 34th here at the Garden,” Ackerman said. “It’s the longest standing arena partnership with a conference in college basketball.”

The BIG EAST championship game will be televised nationally on Fox flagship network.

“I remain focused, for me I am just going to have to go out and be a leader. My personal goal is to get better each and every game,” Dunn said. “It is not an adjustment at all. I’ve been through the ups and the downs. I love the game, I am passionate about it and it is important to not let the hype get to me.”

As reigning conference Rookie of the Year, Delgado also joined in the conversation of pressure.

“There’s not a lot of pressure,” Delgado said. “Last year there was pressure because I was a freshman but now I know what to expect. I have been there before.”

Arcidiacono also commented on the pressure and staying focused even with all the accolades he has received in his three years with Villanova.

“After I got the award last year it was an honor, but I haven’t really thought about it since. Unless someone brings it up I don’t like to talk about it,” the senior said. “I am just trying to be a leader on this team and I am really not focused on my personal accolades.”

The BIG EAST has announced a number of rule changes including a five-second decrease in shot clock time from 35-30.

The BIG EAST Conference announced its preseason accolades as Arcidiacono, Dunn and Delgado were all named to an ALL-BIG East team.

Wednesday at the Garden seemed to be a great kickoff for what is to follow in the upcoming college hoops season.