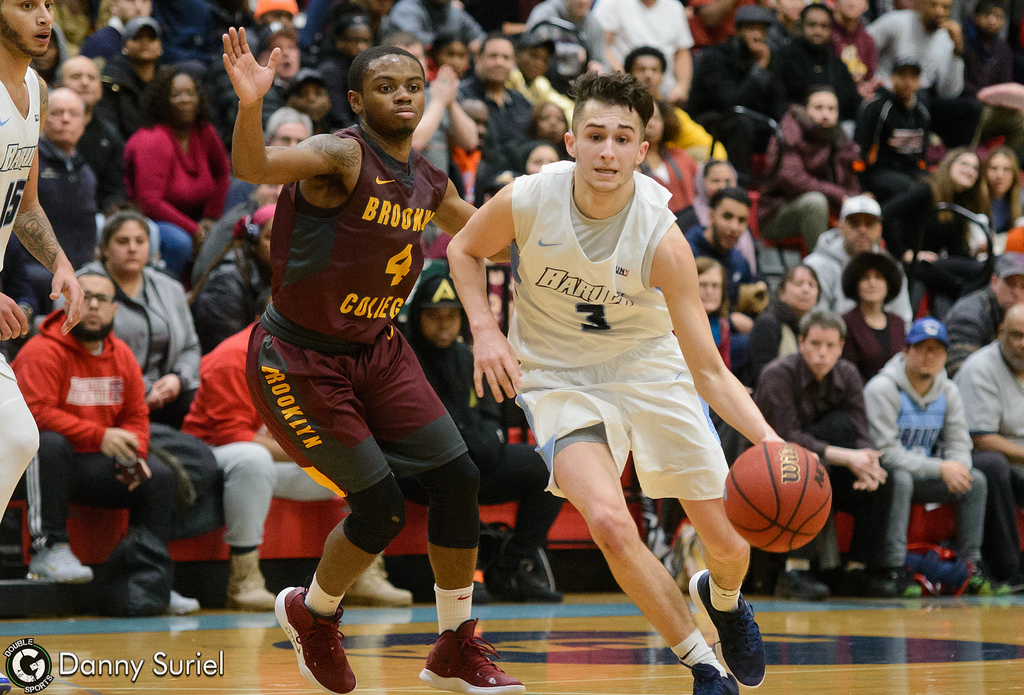 Baruch advances to CUNYAC Championship with win over Brooklyn College

The Bearcats await the winner of the College of Staten Island and John Jay College in finals.

The Arc Arena was animated Wednesday night as the Baruch Bearcats defeated the Brooklyn College Bulldogs in a dominant 73-59 victory. Guard Bryler Paige led the way with an impressive 28 points, four rebounds and three steals, bringing the Bearcats to their third CUNYAC Final within the last five years.

The Bearcats now await the result between No. 2 College of Staten Island and No. 3 John Jay College.

From tipoff, the visiting Bulldogs brought their scrappy, fighting spirit, opening the match strong with a 9-5 lead. The tide quickly turned as the Bearcats stormed back. Led by senior’s Bryler Paige and Andre Harris, Baruch would regain the lead and go on a 22-7 run. Baruch would end the first half with a 15-point lead (37-22).

Right out the gate in the second half, the Bearcats continued to rush the Bulldogs, growing their lead to 18 points. The Bulldogs refused to lie down and proceeded to fight back. After failing to successfully defend, Brooklyn switched to a full-court press and started to cause havoc for the Bearcats front court.

Baruch began to turn the ball over and Brooklyn took full advantage. Led by guards Jordan Wright and Anthony McClean, Brooklyn went on a 16-4 run, bringing them within six points.

The Brooklyn fans came in full support as they continued to will the Bulldogs to fight on, but it was not enough. The Bearcats would go on to deflate the Arc Arena with great ball movement, high IQ basketball and unselfishness. The final score was 73-59 making this the 16th straight home win for the Bearcats.