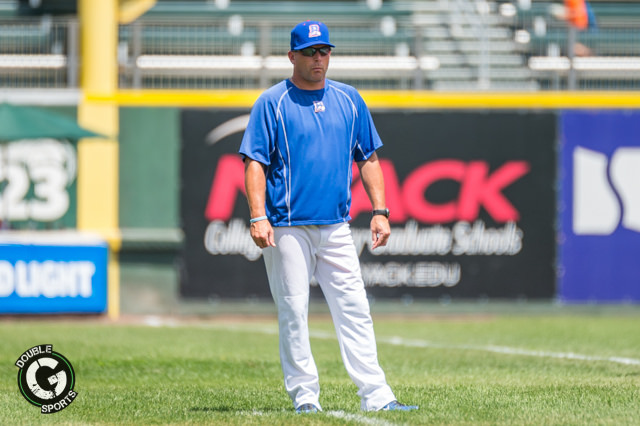 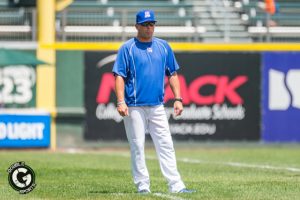 On the brink of getting swept by the Quebec Capitales in the 2017 Can-Am League Championship Series, the Rockland Boulders searched for a better outcome in Game 3 at Stade Canac.

A similar theme followed the Boulders early on as they were falling behind the eight ball. In the first inning, Capitales shortstop Yordan Manduley belted a line drive off starter Richard Salazar down the right field line. With Manduley sprinting around the bases toward third base, a throw from Dylan Tice to Cody Regis skipped by the bag allowing Manduley to dart home.

Salazar ran into control problems issuing back-to-back walks to Philip Craig-St-Louis and Yurisbel Gracial. Both runners advanced a base on a ground out by Jordan Lennerton. Next stepped up Kalian Sams, who drove in a game-high five runs and knocked out two home runs. He kept his streak going delivering a sac fly.

Quebec continued to apply pressure in the second inning. James McOwen led off with an infield single against Salazar. An error by Cody Regis on a ground ball by Marcus Knecht placed runners on the corner with one out.

The Capitales seized upon the opportunity. Manduley laced a single to right field scoring McOwen. Quebec’s speed played a major factor in the inning with Craig-St-Louis reaching on infield single to load up the bases. Gracial extended the margin smoking a two-run double down the right field line.

Stymied for the first three innings by Quebec starter Karl Gelinas, the Boulders broke through in the fourth on a two-run homer over the left field wall by catcher and captain Marcus Nidiffer. Submerged in a deep slump, second baseman Dylan Tice snapped out of it with a clutch two-out base hit in the fifth bringing in Mikael Mogues from third base.

After a dismal first couple of innings, Salazar settled down. Escaping a jam in the third by coaxing Manduley into an inning ending double play in the third and retiring the side in the fourth. After issuing a walk to Tissenbaum in the bottom fifth, the back breaker came against Balbino Fuenmayor. He bashed a two-run rocket over the right center field wall. Salazar departed after the fifth having tossed 115 pitches while surrendering seven runs, six earned on seven hits, striking out one and walking three.

Rockland had one more scoring chance. In the seventh with runners on corner and two outs but Tice grounded out to third ending the inning. In the bottom half of the frame, Fuenmayor went yard for a second time, cranking a mammoth blast over the left field wall. Following Fuenmayor, McOwen found the power surge connecting on a solo shot making it 9-3.

Gelinas delivered a solid performance on the mound hurling 7 1/3 innings yielding three runs on five hits, fanning four and walking three leaving to a standing ovation from the home crowd. In the ninth, Quebec closer Nolan Becker struck out Mike Fransoso to end the game. The Capitales won their seventh Can-Am League Championship and first since 2013.

Manager Jamie Keefe on the series

“I told you at the beginning pitching and defense would take care of this series,” said manager Jamie Keefe. “No doubt their defense was better than ours. At the end of the day, what are you going to do. They flat out beat us but a hell of a year for the Rockland Boulders. We will be back next year and figure it out. We have to keep our heads high, we didn’t beat ourselves. Quebec takes the title and nothing would be better taking it from them next year.”