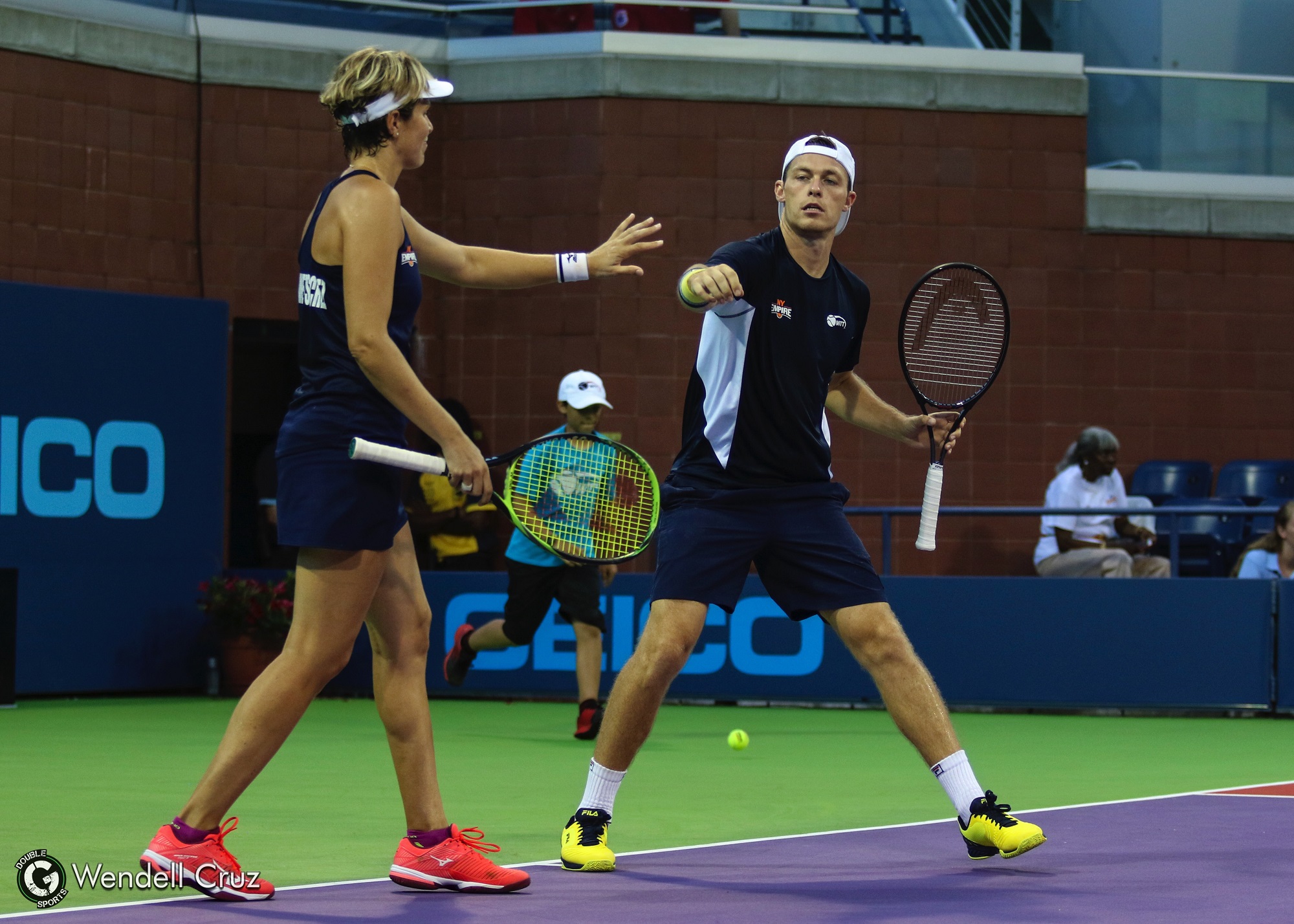 This has been a tough season for the New York Empire. Their two top players, John Isner and Eugenie Bouchard pulled out and they endured an 11-game losing streak.

Despite it coming down to the wire, Thursday night was perhaps the easiest day for the New York Empire this season. They defeated the first place Philadelphia Freedom, 19-15.

The evening kicked off with Empire’s Martinez Sanchez and Neal Skupski taking on Freedom’s Fabrice Martin and Racquel Atawo. Freedom jumped to an early lead with a break of serve. Then at 1-3, in favor of the Freedom, Martin had to be replaced with Kevin King due to injury. That would not deter the Freedom as they were able to win the set on two strong volleys. They won the set 3-5.

Women’s Doubles was next with Martinez Sanchez teaming up with new addition Francoise Abanda to battle Taylor Townsend and Racquel Atawo. Empire got the early break on a double fault by Atawo. With a 3-1 lead, they never looked back. The strong net play by Martinez Sanchez along with the groundstrokes of Abanda overwhelmed the Freedom. In the end, Empire won the set 5-1.

Empire once again jumped to an early start by a double fault in the men’s doubles. Dennis Novikov and Neal Skupski seemed poised to dominate the set, that they did, in a bizarre twist. Still suffering from his injury from mixed doubles Fabrice Martin, retired from the set, leaving partner Kevin King to fight on his own. Although King was able to win some points, he could not overcome the challenge of having to face two players. Empire easily won the set 5-0.

Taylor Townsend proved why she is unbeatable in singles this year, completely dominating Abanda in the women’s singles. Taylor was all over the court, using her groundstrokes and net game to overwhelm Francoise. Taylor won the set for the Freedom 5-1.

The final event of the evening, men’s singles, had many twist and turns. Novikov and King traded holds to start the match. Then the rain came, and the match had to be relocated indoors. Once indoors it was a back and forth battle and which the players each broke each other’s serve. King had a chance to serve for the set and force the match into extended play but Novikov was undeterred and fought back to get the set into a tiebreaker. In the tiebreaker, Novikov dominated winning it easily and securing the victory for Empire.