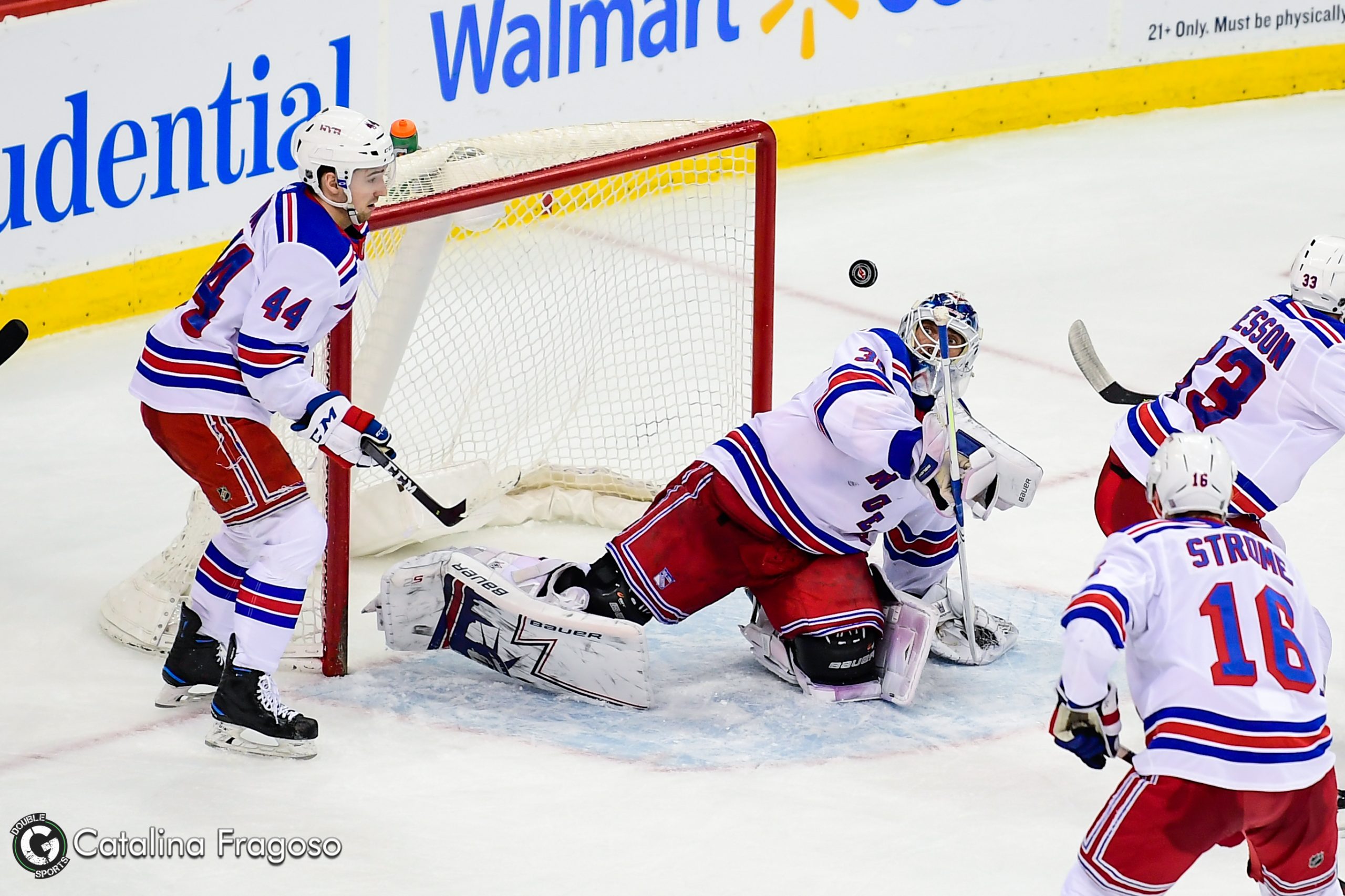 The New York Rangers announced on Wednesday that they had bought out the final year of Henrik Lundqvist’s contract.

Lundqvist expressed his gratitude to the Rangers in a series of tweets, where he also reflected on the 15 years he spent with the Rangers.

THANK YOU FOR EVERYTHING!
15 years ago, I played my first game for @NYRangers I came here with high hopes and big dreams but in my wildest imagination, I could never have pictured the amazing ride that lay ahead.. pic.twitter.com/uo0HJMZnCj

In 2014, Henrik Lundqvist and his wife Therese established the “Henrik Lundqvist Foundation.” According to its website, the foundation’s goal is to “create positive in the lives of children and adults throughout the world through education and health services.” Lundqvist also sits on the Garden of Dreams Advisory Board.

“The King” has lived in New York throughout his career with the Rangers and has always given 110-percent during his 15-year-career. Here are five of Lundqvist’s greatest moments as the New York Rangers goaltender over the last 15 years.

On May 29, 2014 at Madison Square Garden, the Rangers and Montreal Canadiens battled each other in game six of the Eastern Conference Finals. Henrik Lundqvist waited nine years for a chance to punch his ticket to the Stanley Cup Finals and here it was.

The highlight of this game and Lundqvist’s performance was an acrobatic, blocker-save he made in the second period. Here it is.

The Rangers went on to win that game, 1-0 to advance to the Stanley Cup Finals, for the first time since 1994. As confetti came down onto the Madison Square Garden ice, the entire Rangers team skated over to Lundqvist to celebrate their historic victory.

In the 2014 Eastern Conference Semifinals, the Rangers trailed the Pittsburgh Penguins three-games-to-one, but Henrik Lundqvist and his teammates would not give up. “The King” surrendered just three goals in the last three games of the series and was key in the Rangers comeback. In game seven, Lundqvist made 35 saves and helped the Rangers hold on for a 2-1 victory.

Although this was an accomplishment that the entire Rangers team was responsible for, it belongs on this list, because Lundqvist was the glue that kept the Rangers together in this series victory and getting past the Penguins turned the Rangers playoff fortunes around.

Starting in 2006, Lundqvist was nominated the next three straight years for the Vezina Trophy, an award given to the NHL’s best goaltender at the end of the season. After he came close to winning it three times before, Lundqvist finally claimed the Vezina for his 2011-12 regular-season-performance where he posted a 38-19-5 record, 1.97 goals-against-average, and .930 save percentage.

In 2012, Lundqvist also finished third in the race for the Hart Trophy (MVP) as well as the Ted Lindsay Award, which is the league MVP as voted on by the players. It was a well-deserved honor for Lundqvist to win right in the prime of his career, and a major milestone for any goalie who dreams of Hockey Hall-of-Fame enshrinement.

In the New York Rangers’ first appearance in the NHL’s Winter Classic, Henrik Lundqvist stopped Danny Briere’s penalty shot in the last minute of the game. Sorry, Flyers’ fans! This has to be on the list. It’s hard to top making a save on a penalty shot to beat your rivals in the Winter Classic!

On Feb. 11, 2017, Henrik Lundqvist became the fastest NHL goaltender to reach 400 wins. The 35-year-old reached the milestone in 727 games, breaking a record of 735 games held by Martin Brodeur. King Hank also became the first European-born goalie win 400 NHL games and he currently has 459 victories to his name, placing him sixth all-time among NHL goaltenders.

“I feel like the love the fans showed me was special to me and it never gets old neither to have that feeling, to win a big game and enjoy it with your friends and your teammates.”

Lundqvist Will Always Be a Ranger

Throughout his Ranger career, Henrik Lundqvist has earned several awards related to his strong character. In 2006, Henrik Lundqvist was awarded the Steven McDonald Extra Effort Award, “which bears the name of New York City Police Detective, Steven McDonald.” Then in 2008, King Hank was awarded the John Halligan Good Guy Award for his “cooperation with the media” during the season.

One thing all fans should remember about Lundqvist is that he never had a great offense in front of him and he was always the key to the Rangers’ playoff success. Through it all, Lundqvist never complained about his teammates and always made himself available to the media after games.

The hard work that Henrik and Therese Lundqvist have put into the Henrik Lundqvist and Garden of Dreams Foundations shows how much they care about kids and adults who need healthcare and to pursue a good education.

Henrik Lundqvist’s career as a New York Ranger is over, but he will go down as one of the greatest Rangers in franchise history along with the likes of Mark Messier, Mike Richter, and Brian Leetch. Not only should fans of professional sports take a moment to admire Lundqvist’s career, but everyone can admire what Henrik Lundqvist has accomplished as a humanitarian as well.

This is what Lundqvist said when a reporter asked him what being a Ranger means to him.

“I will always feel like a Ranger, ten or fifteen years when I’m done playing it doesn’t matter, the things I’ve experienced here are pretty amazing, so that will never change no matter what.”