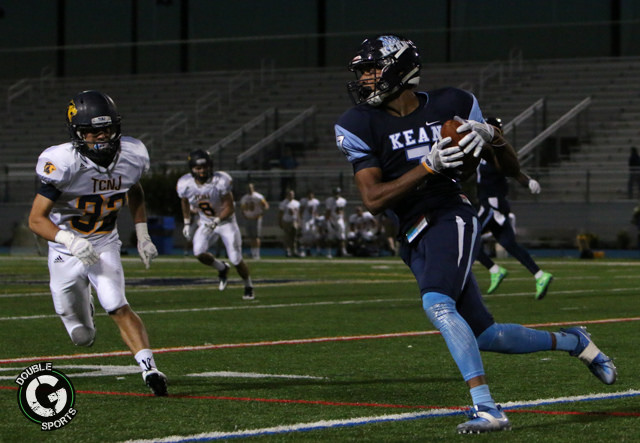 Salisbury (6-1, 5-1 NJAC) dominated the game on the ground with 55 carries and 457 yards, marking the fifth time this season that the Sea Gulls had more than 400 rushing yards in a game.

Junior quarterback Tyler Rodriguez completed 10 of 22 passes for 151 yards and added 10 carries for 43 yards for Kean (3-4, 2-4 NJAC), which has dropped three straight games.

Freshmen wide receivers David Patterson, Jr. and Jordan Smith each had four receptions for 56 yards apiece for the Cougars.