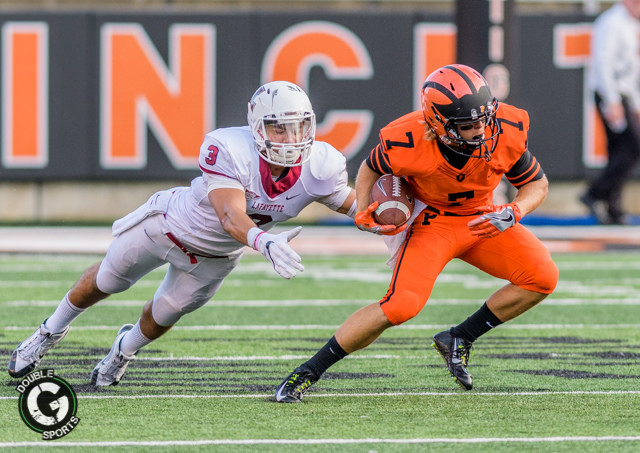 Princeton Rallies to Force Overtime Before Falling to Harvard

It was a heartbreaker Saturday in Princeton.

Senior quarterback Joe Viviano scored a one-yard touchdown run in overtime to lift Harvard to a 23-20 victory over Princeton in an Ivy League battle in a front of a homecoming crowd of 9,963 Saturday in Princeton.

Down 14-0 at halftime, Princeton outscored Harvard, 17-3, in the second half to force overtime.

Lovett had 15 carries for 60 yards and senior running back Joe Rhattigan had 22 carries for 91 yards to lead Princeton’s ground attack. Lovett added six receptions for 57 yards.

“All you can ask of your guys is that they go out and compete, and these guys did that,” Princeton head coach Bob Surace said. “I know we’re all disappointed, but I told these guys there is still a long way to go, and we need to come back tomorrow and continue to get better.”

Junior defensive lineman Kurt Holuba had 10 tackles with a career-high three sacks and senior linebacker Luke Catarius had a team-high 12 tackles for Princeton.