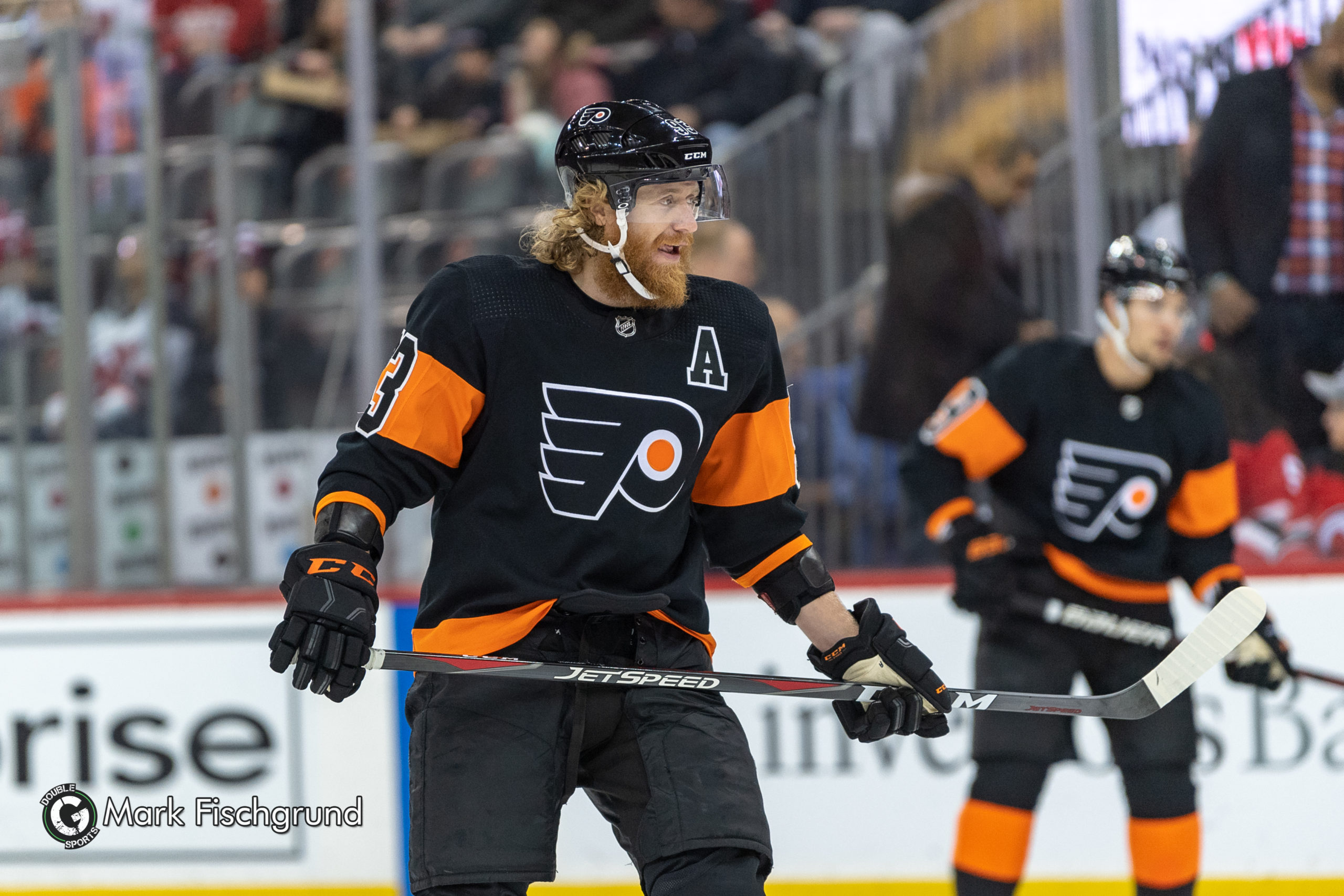 The trade deadline has passed and March has begun as the local teams prepare for the final month of the season. The Rangers have entered the playoff picture while the Islanders and Flyers try to stay there. This week, we had four voters including myself.

The Flyers saw an important week ahead of them and took the bull by the horns, racking up three convincing wins. Against the Sharks, Kevin Hayes stepped up with two goals in a 4-2 win. He also added an assist. The big games of the week came later. A home-and-home with the New York Rangers, a team that was five-points back of Philly in the standings before these games. The Flyers won 5-2 at home thanks to a career-high four assists from Jakub Voracek. Philly has similar success in New York as they grabbed a 5-3 win at the Garden. Trade deadline acquisition Derek Grant scored his first goal with the club in that game. The Flyers held a 5-1 lead at points in both games but the Rangers made them close. Six big points went Philly’s way last week, with four coming against a division rival. The team is three points back of the Capitals for first place in the Metropolitan Division and that will be the matchup to begin the Flyers’ week. They also have games against the Hurricanes and Sabres.

The Rangers sold off Brady Skjei at the trade deadline and signed Chris Kreider to a seven-year deal worth $45.5 million. After making these decisions, the Rangers faced the Islanders on Long Island. After the Islanders scored twice in the third period to tie the game at three, Mika Zibanejad clapped home the overtime winner. It was also announced that Pavel Buchnevich and Igor Shesterkin were involved in a car accident with Buchnevich returning later in the week, and Shesterkin being listed as week-to-week. Later, in Montreal, four third-period goals helped the Blueshirts rally from a 2-0 deficit. Zibanejad extended his goal-scoring streak to six games. That 5-2 win would send them to Philadelphia with nine road wins in a row and nine wins in their last ten games overall. As mentioned previously, that game didn’t go as planned with Jesper Fast and Brett Howden bookending five Flyers goals in a loss that also saw the newly re-signed Kreider go down with a broken foot. Also aforementioned is the following game at the Garden in which Henrik Lundqvist made his first start since Feb. 3. He allowed five goals on 26 shots and New York scoring three of the game’s final four goals was too little too late. The Blueshirts sit three points out of the second wild-card spot with two games in hand on the struggling Columbus team that holds that position. They will complete a four-game homestand this week, hosting St. Louis, Washington and New Jersey.

The Devils are currently on a six-game point streak even after moving Sami Vatanen to Carolina and Wayne Simmonds to Buffalo at the trade deadline. The week began with a game against the NHL’s worst team, the Detroit Red Wings. Cory Schneider made 27 saves to earn his first victory of the season in a 4-1 triumph. It was the Devils’ third straight win. New Jersey headed out west for its California road trip and began with a game that reminded fans why they are where they are in the standings. After picking up a 2-0 lead in the first period, the Devils were outshot by the Sharks 22-13 in the final 40 minutes as San Jose knotted up the contest. Logan Couture ended it 38 seconds into overtime to end his team’s five-game skid. Two nights later, Mackenzie Blackwood saw his six-game winning streak snapped by Adrian Kempe in overtime. Once again, New Jersey saw a lead vanish, this time a 1-0 lead, en route to a 2-1 loss. Schneider was back in net the next night in Anaheim and he delivered an amazing 34-save shutout performance in a 3-0 win. Pavel Zacha scored twice to provide most of the offense. The Devils complete their road trip in Vegas to start this week before heading home to face St. Louis and a short trip to Madison Square Garden to meet the rival Rangers.

The Islanders made the biggest splash at the trade deadline when they acquired Jean-Gabriel Pageau from the Ottawa Senators. Pageau scored and fought Jacob Trouba in his Islanders debut, a 4-3 overtime loss to the Rangers. Brock Nelson completed a two-goal third-period comeback, netting the tying goal with 18 seconds to go but it wasn’t enough as the Rangers got the overtime winner, mentioned above. Out in St. Louis, the Islanders held a 2-0 lead on the Blues thanks in part to another Pageau goal but New York was outshot 21-4 in the final two periods and the tying score came from Vince Dunn with 1:44 left. Colton Parayko won the game on a wraparound in overtime. New York returned home to raise the number 91 for Butch Goring on Feb. 29. Unfortunately, the players on the ice that night were unable to solve Tuukka Rask as he made 25 saves while Long Island native Charlie McAvoy put up three points. The Islanders sit in the top wild-card spot, three points up on the first team out, Carolina, and two back of the third-place team in the Metro, Pittsburgh. They look for key points this week, facing the Canadiens, Senators and Hurricanes.