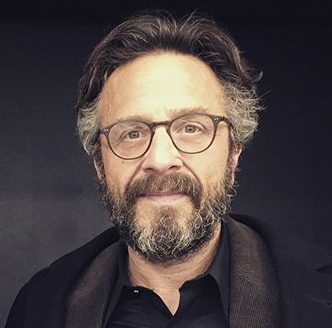 Photo Credit to NecessaryEvil - Wikimedia Commons; Marc Maron in December 2015 at the Condé Nast building. I, the copyright holder of this work, release this work into the public domain. This applies worldwide.

Netflix series GLOW may have been cancelled, but cast member Marc Maron wants the show to get the movie treatment he believes it rightfully deserves.

In a video posted on Instagram Tuesday, Maron stated, “GLOW has been stopped. It’s weird, it’s like it’s not even canceled. It was a weird thing… I think what they should do is…OK, so you don’t wanna do the show anymore, but let us make a movie. Right? Let us wrap it up in a two hour Netflix movie.”

“They had the whole season laid out. We know sorta where it’s gonna go. Why don’t you give the show runners and the writers and the cast an opportunity to finish the story in a movie? I think that would be the best thing and then it’s all fine…that would be great,”  Marc Maron added.

As previously reported, the fourth and final season of GLOW was cancelled as a result of the COVID-19 pandemic. The Emmy-nominated dramedy was three weeks into filming earlier this year, with one episode already completed, However, production was stopped in mid-March due as nationwide lockdowns began to take place.

Other productions challenges such as high budgetary costs and the “physical requirements of wrestling” did not help to save GLOW from cancellation. Many GLOW stars, including Maron, Allison Brie and Britt Baron, who played Maron’s daughter Justine in the series, made their goodbyes to the show on social media.