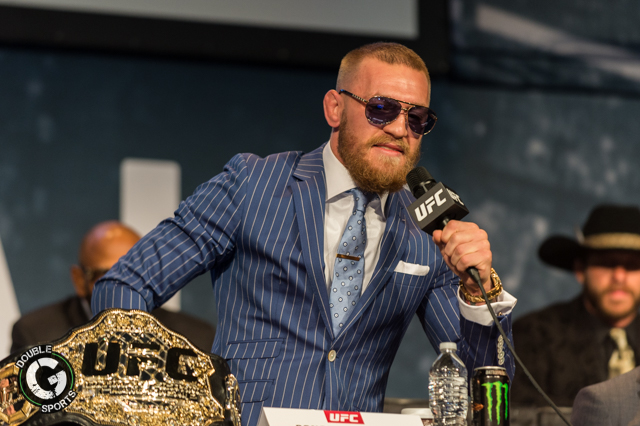 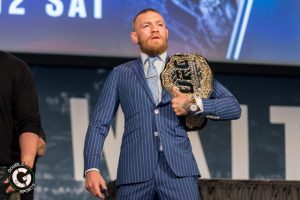 If there’s one thing we can always count on Conor McGregor for, it’s to keep us on our toes.

UFC President Dana White announced after McGregor defeated Nate Diaz at UFC 202 that the next step for the featherweight champion would be either defending or vacating his gold strap. Both of those plans were negated after White announced on Sports Center late Monday night that McGregor would be stepping up a weight class to face UFC Lightweight Champion Eddie Alvarez at UFC 205.

After taking a lot of heat on social media and within the UFC roster (specifically Jose Aldo and Khabib , White explained on WFAN radio that there was a reason behind the move and we would find out why after UFC 205.

I battled this thing forever. Not only is it not fair to Jose Aldo, it’s not fair to Khabib, and Max Holloway. So believe me, I battled with this thing. But there are – how can I say this? There are other circumstances involved in this that will be played out after this fight.

I promise…It’s completely…It’s something completely out of left field. It’s Conor’s business, it’s not mine, and I’ll let Conor announce it when he’s ready to.

Could this be the official retirement of the ‘Notorious One’ if he wins the 155-pound gold? McGregor does have a history of winning champion belts, then vacating them. Prior to joining the UFC, he held the Featherweight and Lightweight titles in Cage Warrior FC. Neither belt was defending before he left the league.

The UFC gains investors in Tom Brady and Mark Wahlberg, among other celebrities
UFC 205 Line Up: Who’s on the Main Card?