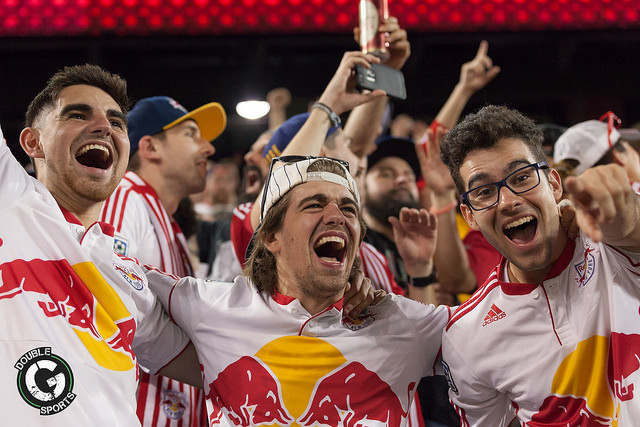 In the season closing press conference at Red Bull Arena just three months ago, the permeating message was that 2017 was a successful season for Red Bull New York.

The theme was that younger players had been integrated into the fold, and the team was pleased that it stood toe-to-toe with eventual MLS Cup champions Toronto F.C. in the playoffs. Although Red Bull lost on aggregate, the organization as a whole felt that it was inching toward that elusive championship that Red Bull has never won.

Red Bull captain Sacha Kljestan stated, “I would agree that the team grew over the course of the year and that we’ve set in motion some good building blocks for the future, especially for next season if we can keep the core group together.” – the core would not stay together.

The shift in focus for Red Bull is clear – acquire young  talent.

Aaron Long’s emergence last season at center back along with Tyler Adams who earned his first callup to the United States national team’s senior squad, was just the beginning.

The players Red Bull acquired from Orlando, Redding and Rivas are 21 and 23 years old respectively. Instead of signing older players in the transfer market, Red Bull opted for youth with high upside potential.

The first big signing was international Cristian Cásseres Jr. from Venezuela, a teenage midfield who has rose in the ranks of the Venezuelan league and has featured for the national team at the u20 and u17 level.

The finally, the club announced the signing of Alejandro Romero Gamarra , known by the nickname “Kaku”.  The Argentine international has feautured for the u20 national team and has 94 caps with Argentinian league giants Huracan. The flashy playmaking midfielder has Red Bull supporters dreaming at the type of attack he can form with rising American star Tyler Adams.

Of course, the Red Bulls opted to retain some veterans to lead the young squad, most notably, designated player Bradley Wright-Phillips.  The 32 year-old Wright-Phillips enters his 6th season with Red Bull, and provides one of the league’s best target strikers for New York.

He is joined by midfielder Felipe who at 27 has become a young veteran and newly named team captain Luis Robles who at age 33 remains one of MLS’s top goalkeepers.  Another core member of last year’s squad Daniel Royer should feature for the squad as well and homegrown player Sean Davis continues to impress.

Along the backline, the Red Bulls should be buoyed by the return of Aurelian Collin, and Jamaican international Kemar Lawrence.

The Red Bulls also utilize its connection with Red Bull Salzburg of the Austrian Bundesliga to bring in attacking midfielder Marc Rzatkowski on loan.

So, as the Red Bulls looks for its first MLS Cup, it is a much different squad than the one that closed the 2017 season with heartbreak in the playoffs.  Is the team better?  It will depend how quickly the new squad can jell.  However, with nice youth and experience, Red Bull should find itself once again among the contenders in MLS.

Four keys to a successful Yankees Spring Training
WWE May Be Doing More Harm Than Good With Duel-Branded PPV’s
Posting....