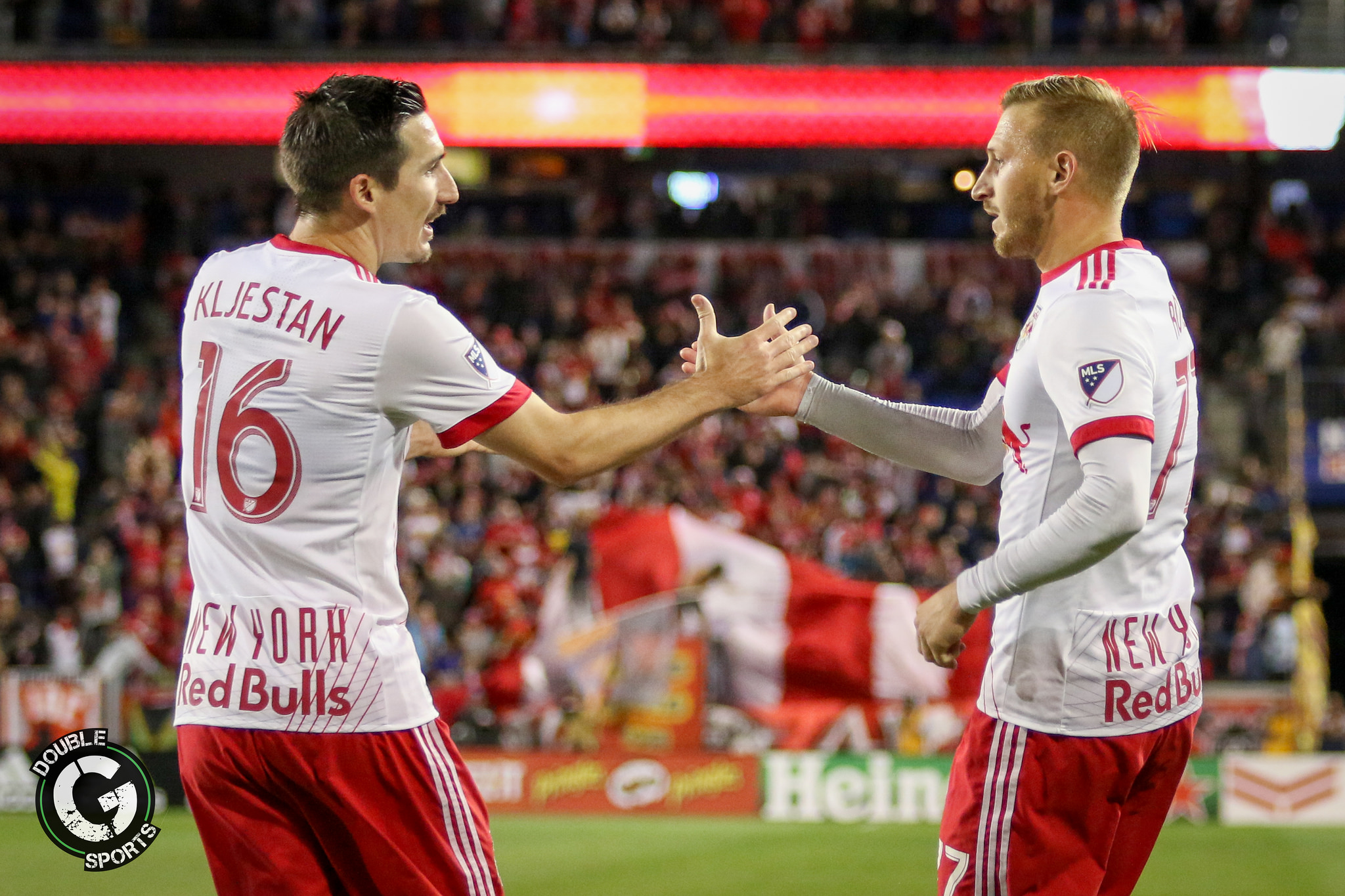 Red Bulls Forced to Go with Make Shift Lineup Due to International Callups and Injury, Win 3-0

The MLS plays through international breaks and that made lineup selection for Red Bulls’ manager Jesse Marsch tricky.  It became even trickier when Alejandro “Kaku” Gamarra was announced to have picked up a quad injury in training.

Already without Fidel Escobar and Michael Amir Murillo who were called up by the Panama national team, Kemar Lawrence who was called up by Jamaica and Tyler Adams who was summoned by the USA, Marsch was forced to use his squad depth for the tilt with Minnesota.

The Red Bulls decided to go with a 4-2-3-1 formation with Bradley Wright Phillips at target forward with a back-four of Lade and Duncan flanking Aaron Long and Tim Parker.  Sean Davis combined with Mark Rzatkowski in the defensive midfield while Florian Valot played center attacking midfield, flanked by Daniel Royer and Alex Muyl.

Muyl opened Red Bulls’ account in the first half when he calmly slotted home from the top of the box in the 15th minute and the Red Bulls never looked back.

Minnesota came out aggressively to start the match and tried to force RBNY to play through the midfield which caused problems at the start for Red Bull, but they were always dangerous in attack.  Once the Red Bulls had the first goal, Minnesota seemed deflated.

The final scoreline of 3-0 flattered Minnesota as RBNY could  have scored at least three more on top of the three they scored. As it stood, Red Bull scored three including two by star forward Bradley Wright Phillips.

Just before half time, Sean Davis stood over a free kick.  The Minnesota coaching staff seemed to be screaming at the backline to man-mark in the box, but to no avail.

Davis hit a beautifully weighted free kick onto the head of Tim Parker who flicked on to a cutting Wright Phillips.  The England man deftly toe poked home from just in front of the goal and RBNY led 2-0 at half time.

The Red Bulls were a constant threat in the second half.  Muyl hit the post, Royer had a sure goal saved, and the scoreline appeared destined for 2-0.

However, Bradley Wright Phillips, who was down injured moments earlier, brilliantly finished in the open field to push Red Bulls’ lead to 3-0.

That would be the final scoreline as Red Bull had its second victory of the young MLS season.