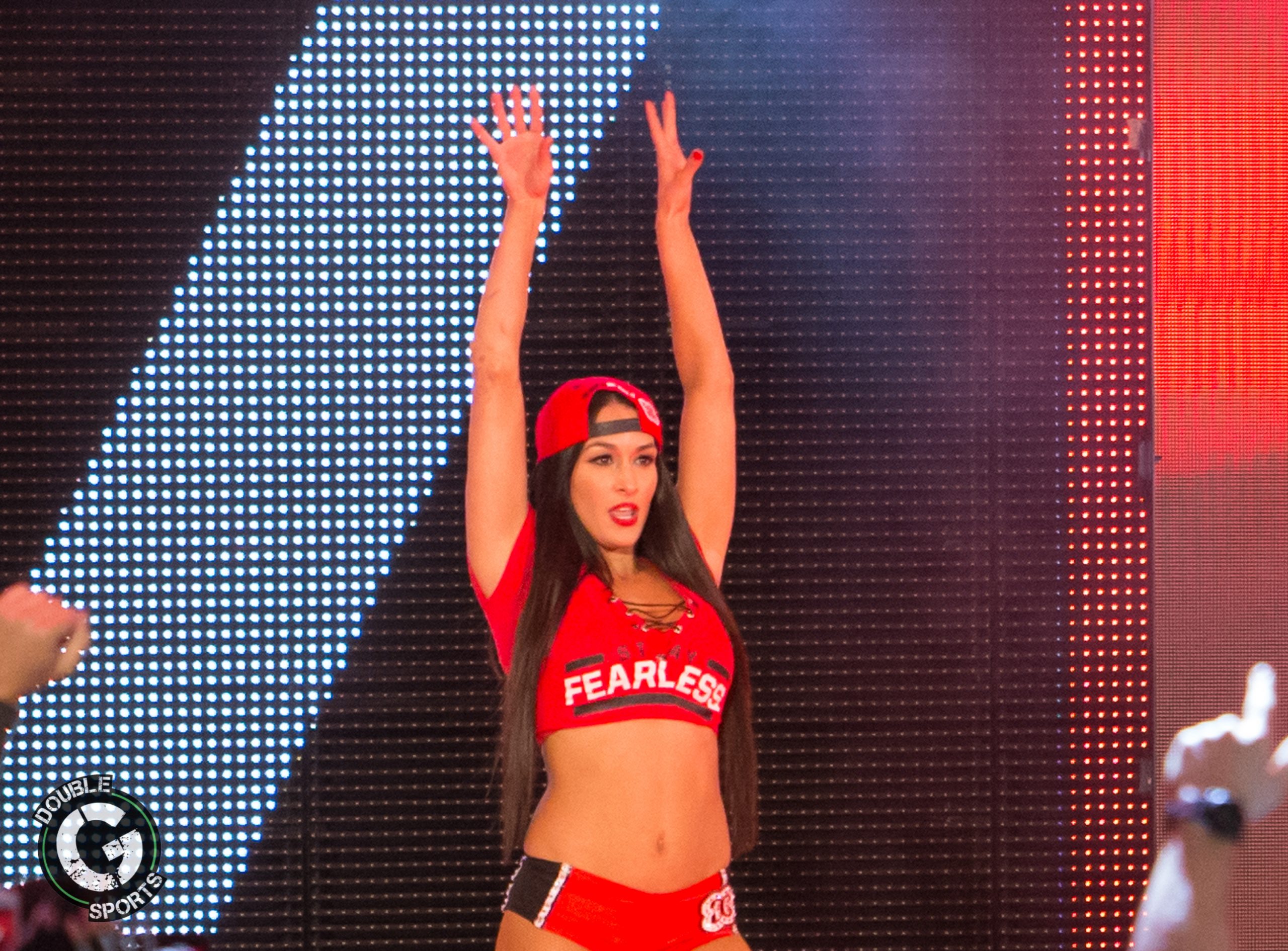 Nikki Bella Reveals Postpartum Depression Has “Knocked Me on My A**”

The Total Bellas star talks about her experience battling the condition on the Wednesday, September 30 episode of her and sister Brie Bella’s The Bellas Podcast. During the episode, she recalls having a “massive breakdown” while filming Total Bellas and tending to her newborn, Matteo. It wasn’t until talking with her doctor that she realized, “I’m starting to fall into a postpartum depression.”

“I think Brie was the first person who’s asked me in weeks — it was in front of Bryan [Danielson, Brie’s husband and WWE superstar] — she goes, ‘How are you doing?’ I was about to say, ‘Fine.’

And my lips started shaking and I burst into alligator tears..I broke down. Because that was the first time someone asked me in a while how I was doing, and I wasn’t doing okay,” she admits.

Nikki Bella also says that she was “starting to feel invisible,” “not loved” and “lonely” and that there were times she “hated” fiancé Artem Chigvintsev after his return home from work on Dancing with the Stars.

Brie also confides in her sister, and listeners, confirming that she too had dealt with postpartum depression. She reveals, “When I looked at you, it’s more than just sleep-deprived. She’s lonely. She’s doing a lot of this on her own.”

“I’ve always prided myself that I can fight a lot of things mentally. I’m very strong in that way,” Nikki Bella adds. “Postpartum has knocked me on my a**. This is something that is way different.”

As previously reported, Nikki and Brie Bella announced news of their pregnancies in January with an exclusive to PEOPLE magazine. Both gave birth to baby boys just one day apart — Nikki gave birth to her first child, Matteo, on July 31 and Brie gave birth to her second child, Buddy, on August 1.

Nikki and Brie also documented the reveal of their pregnancies on their hit reality television series, Total Bellas. The sixth season of the show which is scheduled to premiere later this Fall.

If you have had similar experiences with postpartum depression, In The Zone would love to share your story to empower others. Connect with us in the comments and on social media.

Are Craig Carton and WFAN headed towards a reunion?
The Rock Confirms XFL Return in 2022
Posting....