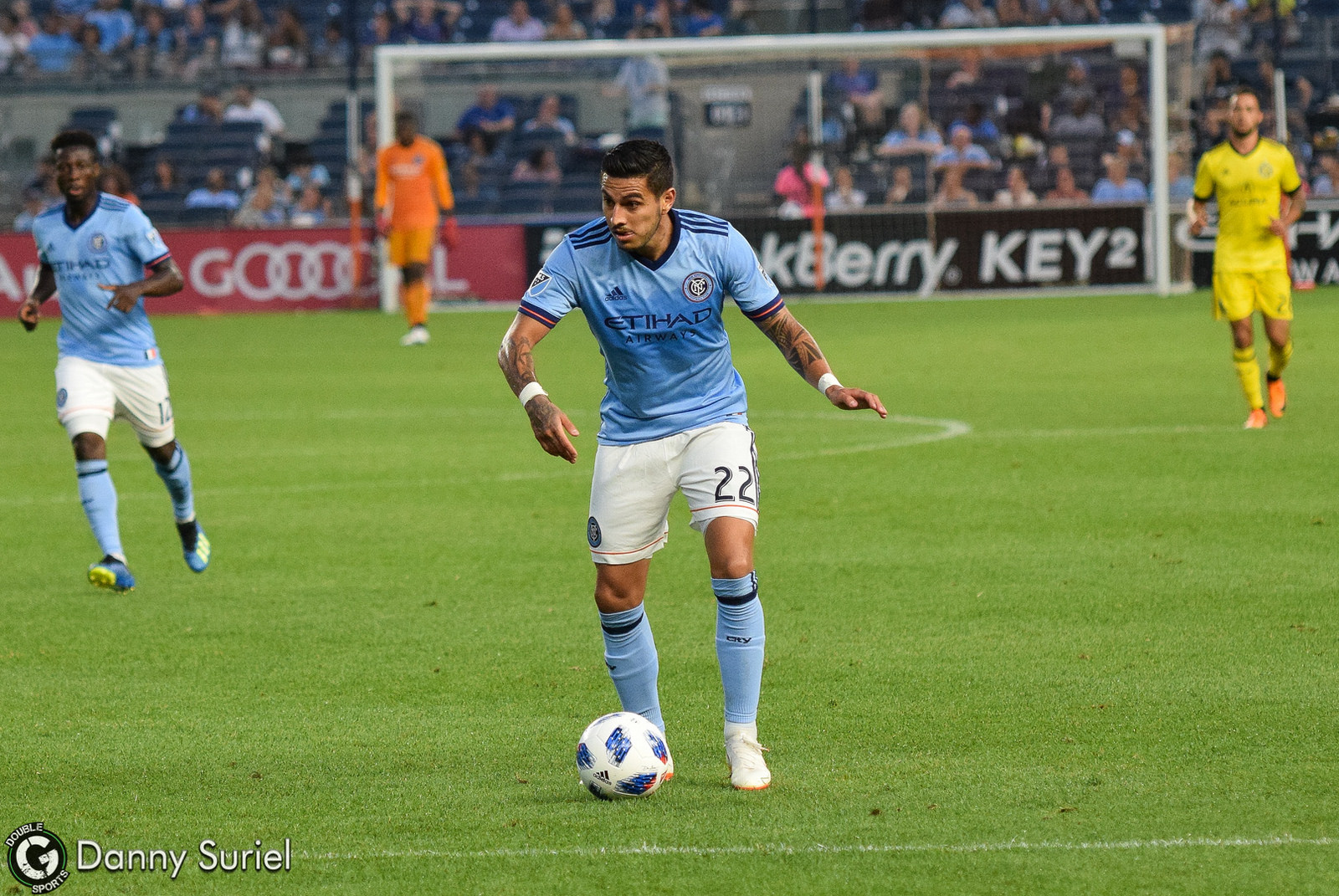 NYC FC shouldn’t worry too much about Seattle defeat

NYC FC’s four-match win streak came to an end against Seattle on Sunday. The visitors found themselves two goals down just after half time, and although Jesus Medina’s finish halved the deficit, Harry Schipp scored late to restore Seattle’s two goal lead and seal a 3-1 victory.

The defeat shouldn’t be of too much concern to NYC FC. Before analyzing the match in the context of NYC FC’s recent form, it might make some sense to take Seattle’s recent run into account as well. Ever since a defeat to Portland at the end of June, the Sounders have not lost a match, winning four and drawing twice.

Every team ends up playing an in-form team at some point in their schedule. Torrent’s side may have been unfortunate to come up against an opponent in such good form, but this is simply part of football. Sometimes, defeats like this are a matter of misfortune, rather than a lack of quality.

If anything, NYC have demonstrated their quality throughout their last few matches. Before the match against Seattle, NYC not only won four matches in a row, but kept a clean sheet in each match. NYC have always maintained talent and danger in attack, but in recent matches have shown that they can shut sides out as well. It is not quite clear where the team struggles, and the fact that they have had success on both ends of the pitch should serve as encouragement that this side can seriously contend for the MLS Cup come the post season.

However, not all the positive signs are even on the pitch. A lot could have went wrong after NYC found themselves behind to Toronto in manager Domenec Torrent’s first match as well as when they lost to Chicago. When a new manager does not start well, it can be easy to lose faith in him and focus, but the exact opposite occurred in NYC’s four match win streak. That they have been able to play so well through both a change of manager through the middle of the season and a slightly shaky start for Torrent is also a sign of quality.

As far as the season is coming along, there is little of note to worry about. NYC have comfortably qualified for the playoffs over the past two seasons, and look set to do the same this season as well. Though they could end up third in the conference should local rivals New York Red Bulls win their game in hand, the Yankee Stadium based side still have a seven-point lead over fourth placed Columbus Crew with a match in hand.

NYC FC are actually in a decent position to challenger for the top spot. They sit just one point behind conference leaders Columbus Crew and even if the Red Bulls jump ahead of the Bronx side, the gap between the New York rivals would also be only a point.

Though it doesn’t mean much in the MLS, Torrent should target a first placed finish in the Eastern Conference. It would be the club’s best ever finish in the regular season and topping the conference would see them gain recognition as one of the top sides in the MLS. On top of that, they would have fewer games to worry about once they reach the playoffs.

However, even if NYC FC do not finish first in the conference, they have still displayed enough quality to suggest that they can finally launch proper challenge in the playoffs. For now, NYC FC should focus on sealing their place in the playoff positions. At the very least, they shouldn’t run into any problems with that.