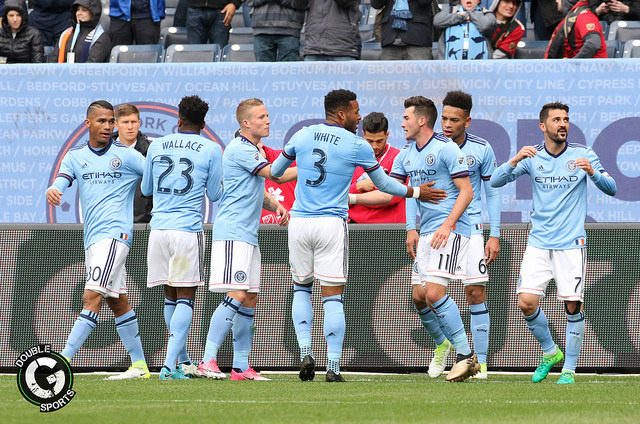 After dominating Atlanta United this past week, NYCFC head south to the Lone Star State to face their toughest foe yet, FC Dallas tomorrow. Heading into this contest, FC Dallas has yet to lose a game this season in the MLS. For the Boys in Blue, this will be a battle-tested Texas-sized opponent.

Since entering the league in 2015, NYCFC has only faced FC Dallas twice. The Texan side won when in Dallas in 2015 and drew in 2016 at Yankee Stadium. This Sunday evening, NYCFC look to score their first win ever against FC Dallas.

NYCFC will be without Manchester City loan man Yangel Herrera as he is away on International Duty. Herrera’s absence leaves Vieira with a tough choice, go back to Pirlo or try something else. Andrea Pirlo hasn’t featured for NYCFC in the last two matches. Ironically, without their most expensive player, NYCFC have been at their best.

With Ronald Matarrita still out with an injury, expect Ben Sweat to get the start again at left-back. As for replacing Herrera, don’t expect to see Pirlo in there. Tommy McNamara is the most likely option, but Superdraft pick Kwame Awuah could get the start in the midfield beside Alexander Ring and Maxi Moralez.

Awuah earned his first MLS appearance last week against Atlanta as a last minute substitute. Does Vieira give him the green light from the start this week? Possibly.

Even though FC Dallas is undefeated, they have left points on the board this season. Despite having three draws on the year (two on the road,) Toyota Stadium has been a fortress for Óscar Pareja’s side as they have gone 4-1-0.

Today’s match will be a competitive fixture that will cap off another week in the MLS season. However, a draw seems imminent here between the two quality sides.