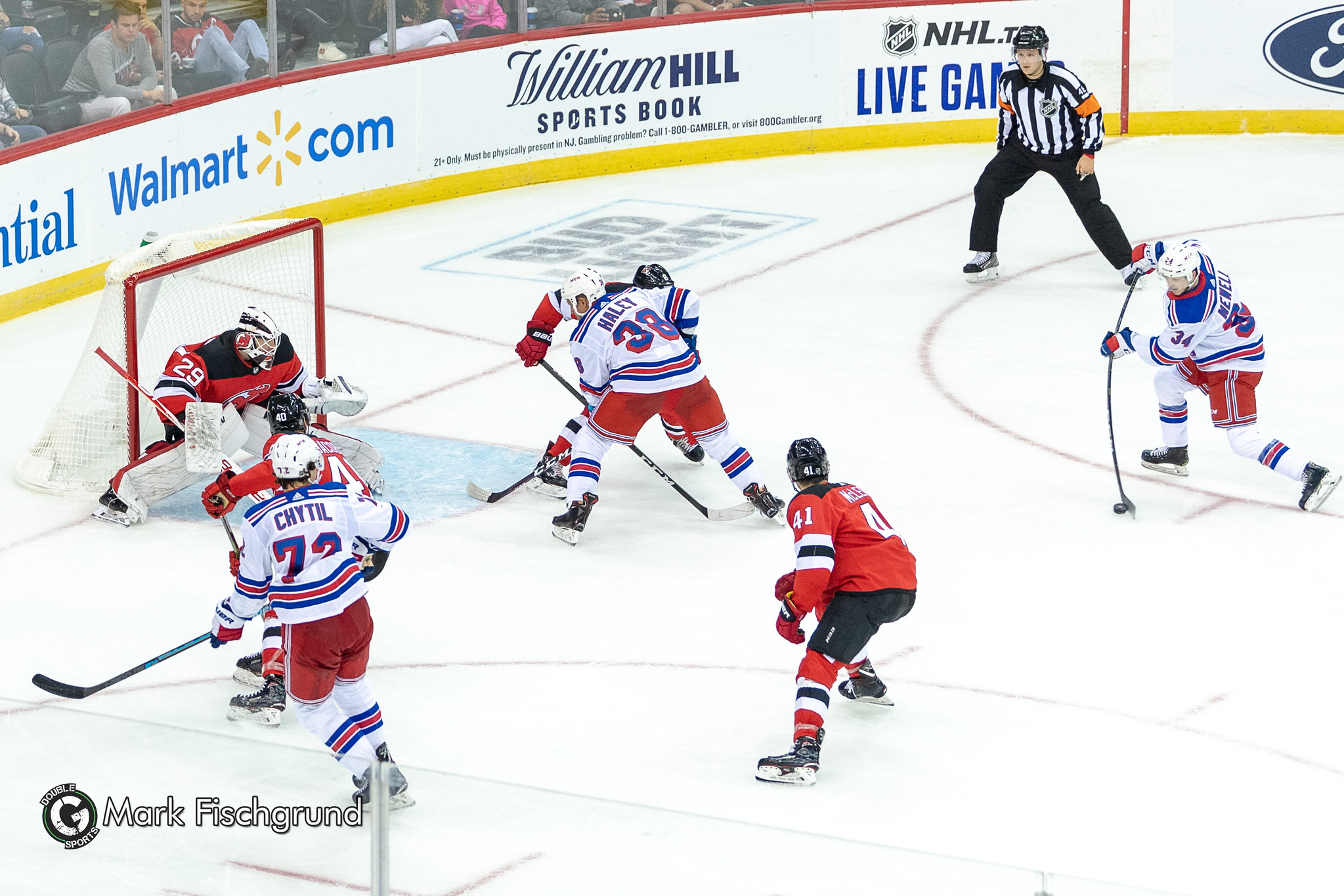 On Monday, the New York Rangers made their final roster cuts. There were some surprises and some not so shocking cuts and players who made the roster.

I was not shocked to see Brett Howden make the team. Howden scored 23 points last season which helped him rise to the second line late in the year. He came into training camp battling for a spot on the second line, but after the preseason it looks like he will start out among the bottom six.

I was a bit surprised to see Filip Chytil sent down. The 20-year-old is one of the most talented wingers on the rangers, who scored 11 goals as a rookie last season. Chytil played terribly in the preseason and seemed overwhelmed by the speed of the game. That being said, Chytil should dominate the American Hockey League (AHL) and probably be called up later in the year.

The fourth line will probably consist of Brett Howden centering tough winger Michael Haley and the resourceful Gregg McKegg. The Rangers need for toughness was most clear when they played the Islanders.

On Tuesday the Rangers signed Michael Haley to a one-year, two-way contract. If Haley finds a spot on the Rangers, he will earn $700,000, while if he ends up in the minors he will earn $300,000. The Rangers younger players looked intimidated by the Islanders veteran lineup in the final preseason game. Small defensemen and forwards like D-man Adam Fox and forward Lias Andersson will need physical players like Haley to dress when the Rangers face the Devils or Islanders. I think keeping both Haley and McKegg was a wise decision by the Rangers.

The Rangers cut Ryan Lindgren, which was surprising to me. Lindgren had a great preseason and played physical in every preseason game he was dressed for. For Libor Hajek to make the team after ending the preseason with a horrible game against the Islanders—leaves me scratching my head. On Saturday, Hajek was blasted off his feet at least five times. Meanwhile, Lindgren was knocked down by Casey Cizikas at the end of the second period and what did he do—he got up and fought Cizikas. Lindgren showed that he will not be intimidated by teams who like to go head-hunting like the Islanders. I hope the Rangers find a spot for Lindgren in the future, because without him on defense, toughness will be scarce.

Anthony DeAngelo returned for the last two preseason games after signing a one-year deal worth $925k. DeAngelo performed well in the final two preseason games. The 24-year-old from New Jersey will be relied upon for his offense and puck-moving ability this season.

Adam Fox did not finish his preseason strongly. However, Fox seems to have potential. If Fox can get stronger this year then I would say he has a good shot to hold down a spot on the Rangers’ third defensive pairing possibly with veteran defenseman Marc Staal.

When February rolls into view, the Rangers will become either buyers or sellers at the deadline. If the Blueshirts find themselves out of playoff contention, they will deal their veterans for draft-picks or young talent. As the Rangers enter their third year of rebuilding, they look like they are taking the right steps to becoming a Stanley Cup contender in the not so distant future.