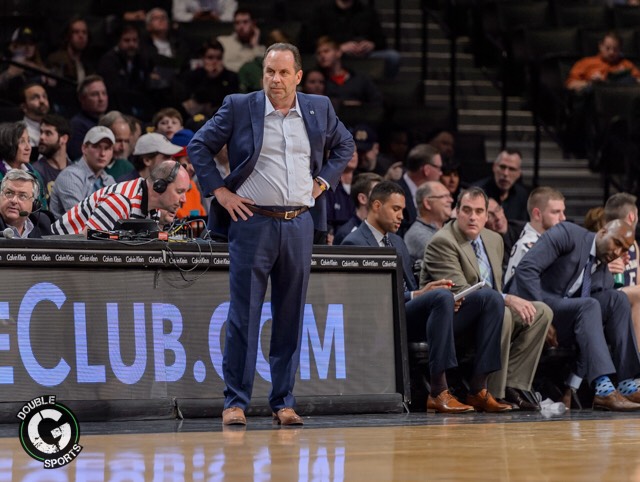 Selection Committee got it right, Notre Dame did not belong in NCAA Tourney

It’s been reported that the Notre Dame Fighting Irish were the 69th team in this year’s field.  Rhode Island’s loss to Davidson threw the selection committee a subtle curveball and Notre Dame paid the price.

For those that follow Mike Brey’s Irish team you know that this year’s group doesn’t compare to the team that took the court during the past two years.   Those Irish teams had a balanced attack and certainly didn’t face the injury challenges the 2018 team has encountered.

Brey’s calm demeanor was a steadying force for an Irish team that started the season unranked but soon found their way into the Top 10 after a 9-0 start and an impressive win against Wichita State.  But, after a blow out loss to Michigan State and two subsequent loses to Ball State and Indiana, the Irish season took a turn for the worse.

Some might say the real blow to the Irish season occurred when preseason All-American Bonzi Colson’s injured his foot.  With Colson out that meant more playing time for highly touted freshman DJ Harvey, a 6-6, forward out of DeMatha high, but Harvey injured his left knee and had to be shut down for the season.  Gutsy point guard Matt Farrell also fell victim to injury when he injured his ankle and became the third Irish player to miss games due to an injury.  Also of note, forward Rex Pflueger, played the majority of the season with a nagging back injury, which may have contributed to his declining offensive production.

By the time the season started to wind down and head into March Madness Notre Dame had only seven scholarship players on the bench.  Brey typically has fewer scholarship players to select from, as he prefers to have walk-ons fill out the final spots on the roster.  In the past he found that scholarship players become very restless if the sit the bench and rarely get to play.   In contrast, the walk-on is just happy to be part of the experience.

So, this year the NCAA committee got it right by leaving the Irish out of the tournament.  After a few cupcake games, Brey’s Notre Dame team will head to New York City’s Madison Square Garden to compete for the NIT Championship.  The Irish have participated in 12 NIT tournaments and played in four championship games, without ever winning the big game.  Notre Dame’s most recent trip to the NIT ended with a loss in the semifinals to Penn State in 2009.

The NIT has gathered a rather competitive field this year led by schools such as Oklahoma State (my pick to win the championship), Louisville, Middle Tennessee State, and Marquette.  The championship game is on Thursday March 29th and even if the Irish don’t make it to the final game the future looks bright.  Notre Dame’s recruiting has been very strong over the past two years and it better be, as replacing Colson and Farrell won’t be easy.