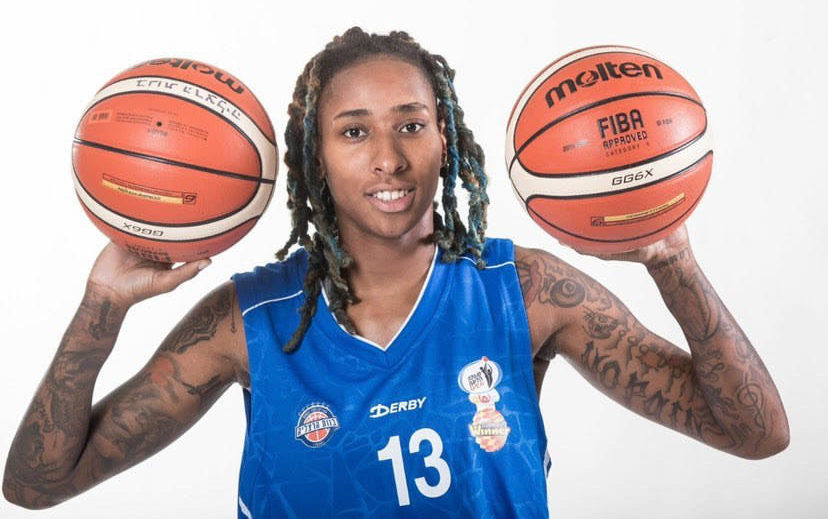 Talent Has No Gender: Crystal Bradford Gears Up for Major “Hoopquality” Event (Video)

With many lives forever changed in 2020, former LA Sparks basketball player Crystal Bradford is simply “thrilled” to head back to the basketball court.

The 26-year-old athlete from Detroit is set to take part in “Hoopquality” — a historic 5-on-5 Men vs. Women Basketball All-Star Game taking place during the 5 Tournament Pro Basketball Invitational in Las Vegas, Nevada, which commences on the 29th.

Crystal Bradford tells Double G Sports that the opportunity to take part in the historic battle of the sexes game is a “blessing.”

“I’m so inspired right now because even pros right now…people that are signed, we don’t know if we’re gonna make it,” Bradford continues.

Bradford goes on to specify that prepping for Hoopquality has given her added encouragement and vitality.

Preparing for the Hoopquality amid the pandemic has been anything but easy and mindless for Bradford.

When asked about how she’s coping and what efforts she’s taking to be extra careful, Bradford says, “Stepping outside alone is a huge precaution.”

“I have to have my mask,” she states. “I try to have gloves, stay sanitized. Everything you do, it plays back to on the court.” B

While she’s only 26, Bradford reminds us she’s taken the initiative to listen to her body, and treat it with good food, plenty of water and a variety of exciting workouts. Part of those tasks involves a routine and discipline.

“I felt amazing at 25. At 26, it was like, ‘OK. I’m your body. You need to listen to me. I’m not saying anything’s wrong, but hey, listen,’” she begins. “[I] portion my meals…I workout and then I like to eat. Red meats, of course. Keeping fluids in. A lot of water. Working out, weights and things like that. Not just [the] basketball court. Sand workouts. Pool workouts. Just find fun ways, innovative, that shock your muscles differently.”

With Hoopquality brings connections and a familial atmosphere…

Bradford has had plenty of time to prepare for “Hoopquality,” particularly with the Women’s roster coach, Cynthia Cooper-Dyke. Cooper-Dyke’s legacy includes being considered as one of the greatest women’s basketball players to ever grace the court. Bradford and Cooper-Dyke have history of their own, as Bradford explains.

“I met Cynthia Cooper back in my WNBA days,” Bradford reminisced. “I met her in LA where I was drafted. We [the Hoopquality women’s roster, including Bradford, and Cooper-Dyke] were able to have a Zoom call and it was very nice to hear her strategies and her mindset. I love speaking with her. ”

Bradford adds that Cooper-Dyke is “easygoing” and brings about a calmness.

Another famous basketball player Crystal Bradford remembers of fondly is the late Kobe Bryant. Even though Bradford recalls not being an immediate fan of the Los Angeles Lakers superstar, who tragically passed away in January of 2020, her appreciation for Bryant eventually grew when she started to understand more of his life’s mission.

Bradford explains, “I grew up with people always saying, ‘You look like Kobe!’ I never liked Kobe because I listened to other people talk about his arrogance. But I started developing love for Kobe as I understood Kobe and got older. So I was just adapting to Kobe and really loving Kobe because he would come to the LA Sparks games.”

As fans around the globe began to commemorate Kobe after his tragic death, one thing became a pattern: his love for being a “girl dad” and advocate for women’s basketball.

Crystal Bradford grew up in Detroit imitating her brother and eventually playing with basketball with him and the neighborhood boys. With Hoopquality on the horizon, she’s amped to play with men and alongside her female teammates in the highly-anticipated game

“I’m excited to be playing with the girls that I’m playing with,” says Bradford. “A lot of us have that extra edge and grit that it takes to play against me…we can bump into the guys…we’re used to that type of feeling.”

“The game of basketball has no gender and that’s pretty much what we’re talking about. Quality basketball comes without a gender. We’re getting ready to showcase our talent as females. The power of females is really rising.”

The importance of Hoopquality for the game and women’s sports in general is not lost on Bradford. On July 28, fans can expect not only to see history in the making, but also a whole lot of fun on the court.

“We are getting ready to give you guys a show,” she says. “We have swag. It’s gonna be so much fun. I’m looking so forward to it. Male versus female — it’s gonna be competitive. For the men to play [against] us, it just shows so much respect within the craft.”

As for Crystal Bradford’s life post-Hoopquality, she hopes to go back overseas “and keep playing this year,” quite possibly in September.

Hoopquality will air as a live pay-per-view broadcast on July 28. Ordering is provided by DIRECTV, Dish and In-Demand, along with the FITE app and Rogers and Shaw Media in Canada. For more information on how to order, Hoopquality and the 5 Tournament Pro Basketball Invitational, visit the5tournament.com.