Welcome to the City of Brotherly Love: Jimmy Butler Heading to Philadelphia

The Philadelphia 76ers will be adding a new face to their roster. As of Saturday, it was announced that Jimmy Butler, along with Justin Patton, would be shipped to the 76ers from the Minnesota Timberwolves. The Timberwolves will be receiving Robert Covington, Daro Saric, Jerryd Bayless, and 2022 second round pick in exchange for Butler and Patton. After a very long drama filled saga, this story has finally met its end. However, it’s worth reviewing how this controversy arose and what effect it will have going forward. Many teams, including the New York Knicks, Milwaukee Bucks, Houston Rockets, and Miami Heat vied for Butler’s services. Now, he will be heading to the City of Brotherly Love.

Jimmy Butler was traded to the Timberwolves from the Chicago Bulls last season. He played very well for Minnesota, until an injury forced him to miss a number of games near the end of last season. The Timberwolves ultimately found themselves in the playoffs, but were unable to advance, thanks to the Houston Rockets. Suspected frustration on Butler’s part began to draw headlines during the offseason. Near the end of the summer, Butler marched into the front office of Minnesota and demanded a trade.

Speculation suggested that the request was born out of frustration with his fellow teammates as well as possible contractual disputes. Head Coach and President of Basketball Operations, Tom Thibodeau, was keen on keeping Butler in the fold. However, the team’s owner, Glen Taylor,  was less willing to see Butler in a Timberwolves uniform any longer. Thus, as of Saturday, Taylor was perfectly fine sending Butler to Philadelphia.

Butler was motivated to play with guys who he felt would want to win as much as he did. That sentiment stretched back all the way to his days with the Chicago Bulls. Now, Butler may get what he has always wanted. In being traded to the 76ers, Butler will be joining two of the League’s most elite players, Joel Embiid and Ben Simmons. Additionally, the team is primed with a sharp shooter in the form of J.J. Redick and a prospective second year player in terms of Markelle Fultz . Currently, the 76ers sit at fifth in the East and are looking to improve. Butler, may give them the opportunity to do just that.

Jimmy Butler is one of the best two-way players in the League. He is both an elite defender and scorer. In the last thirteen games he has shot at 47% from the field, 37.8 % from the three-point line, and has averaged 21.3 points per game. He is also number three in steals, with 2.4 steals per game, and is averaging one block per game. He will be able to give his new team much needed defensive aggression as well as another scoring option. In fact, Butler will likely take some of the scoring load off of Embiid and Simmons. While this trade may prove helpful to the 76ers’ playoff hopes, the NBA is still living in the reign of the Golden State Warriors. 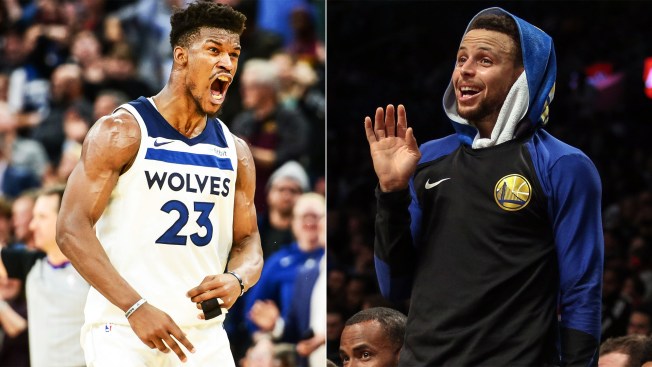 While Jimmy Butler was going through the drama of leaving Minnesota, the Golden State Warriors added Demarcus Cousins to their already complete team. Even though Cousins has yet to suit up for the team,  the Warriors have a top three player at almost every position. Thus, the Warriors’ shadow looms largely in the background of this current trade. Not to mention, teams such as the Boston Celtics, Milwaukee Bucks, Toronto Raptors, and Indiana Pacers will make tough to even get to the Eastern Conference Finals, let alone the NBA Finals. Thus, while this trade may improve the 76ers overall, the team still has a long road ahead.

The 76ers will play their next game on Monday against the Miami Heat. They will likely want to insert Butler into the line up by then to get a feel of what the rest of the season will be like. While Butler can give the team a lot of improvement defensively and offensively, it has yet to be determined that he will be the X-factor that brings the city a championship. In any event, it will definitely be fun to watch how the 76ers incorporate Butler and see what this new squad can do together.