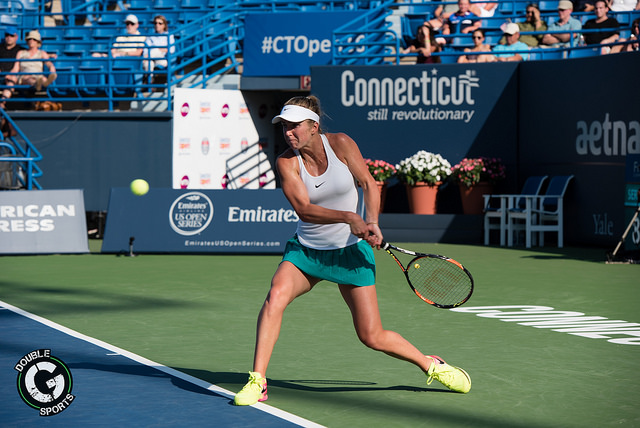 By now the whole world knows that Serena Williams is pregnant. Serena made the shocking announcement via Snapchat (something Serena would later say was an accident). By letting the world know that she was 20 weeks pregnant that day, not only did she prove her awesomeness (Serena was with child during her grand slam win at the Australian Open), she sent the WTA into a tailspin.

Two pressing concerns were raised with Serena’s pregnancy announcement. Who will be the star on the WTA tour and how will this affect Serena’s tennis career. The answer to the latter question is that Serena has stated that she will return to the tour in 2018. Serena stated via social to her unborn child, “I can’t wait for you to join the player’s box next year.” Though Serena will be a year older and though she will have to recover from the effects a pregnancy entails on the human body, without question Serena has earned the benefit of doubt. There is no reason to believe that Serena can’t return to playing high level tennis post giving birth.

So that leaves the question on who will step up in Serena’s absence.

That is a question that cannot be easily answered. No doubt Serena has been the most consistent player on the WTA tour for years. Though Angelique Kerber had a consistent season last year, this season is a different story. Usually when Serena decides not to enter a tournament or is upset early, chaos ensues. It becomes a game of picking names out of a hat because there has been no consistent number two.

So far, this season there has been multiple winners at the biggest tournaments. The winners have ranged from Russian Elena Vesnina to British star Johanna Konta. It really is hard to predict who will emerge as the winner from week to week.  Angelique Kerber, who was very consistent last year, earning the number one ranking to close out the year, has yet to win a title on tour this season.

But there is a sense that some old faces can once again makes reestablish their footholds in the game. Maria Sharapova is officially back on tour after serving her 15 months’ suspension doping ban. Maria made it to the semifinals in her first tournament back, proving that she will once again be a force to reckon with.

Victoria Azarenka will be returning to tour this summer, after taking maternity leave after giving birth to her first child. Vika was a roll before making her shocking announcement that she was having a baby. There is no reason to believe that she won’t be able to return to that high level of tennis before taking her break.

Also, worth noting is the play of Serena’s big sister Venus. Despite not winning a title, Venus is having a solid season. After making the finals in Australia, Venus has gone deep in both Indian Wells and Miami. Therefore, she should be considered someone who can start to win big titles, especially at her favorite event, Wimbledon.

Though the tennis community always misses seeing Serena on the court, it does make results a bit more intriguing. It is anyone’s game now and everyone has a chance to reach the top. As to who will take the opportunity remains to be seen.