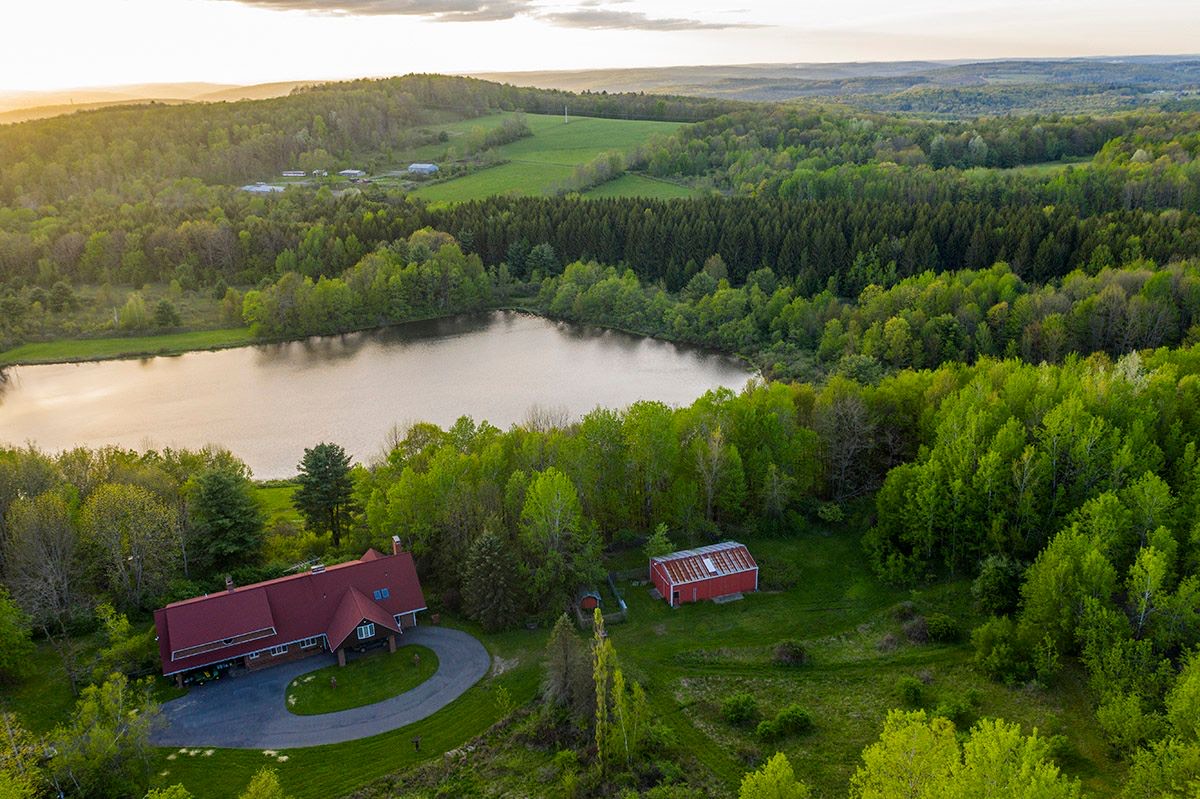 Throughout his 26 years in Major League Baseball, Billy Martin was notorious for being baseball’s bad boy.

With a resume of bar fights, temper tantrums, and arguments with colleagues, Martin might be known best for being fired as the New York Yankees manager a whopping four times.

Martin’s not-so-well-renowned lifestyle was cut short during a drunk driving accident in upstate New York. This happened just out front of his lakeside home.

Now, 31 years following his death, the lavish lake house is going up for auction.

Featured on TopTenRealEstateDeals.com, the 84-acre home has biddings starting at $500,000. It features four bedrooms, four bathrooms, and a bedroom suite named after his close friend Mickey Mantle. Panoramic views of the lake can be seen from both the master bedroom and back decks.

Billy Martin used the scenic house as an escape from the hustle-and-bustle of the baseball world.

Martin championed the Yankees to both the 1952 and 1953 World Series. After being named MVP for the 1953 series, Martin was drafted to the Army, where he seemingly lost his touch.

After a drunken brawl at the Copacabana night club in New York City, the Yankees said farewell to Martin. The once-great player floated between teams, eventually landing positions managing for the Minnesota Twins, Detroit Tigers and Texas Rangers.

Despite having successfully managed the three teams, Martin’s anger remained a constant issue. He soon found himself fired from the Tigers in 1975.

While news of his rage spread like wildfire over the league, there was still one team willing to hire him — his beloved New York Yankees.

Billy Martin managed the Yankees on-and-off for the next fifteen years, getting fired four times for his attitude and anger issues.

At the time of his death in 1989, Martin was preparing to manage the Yankees for a sixth time.

Martin’s lake house is up for auction until July 27. Pictures and additional information can be found on TopTenRealEstateDeals.com.