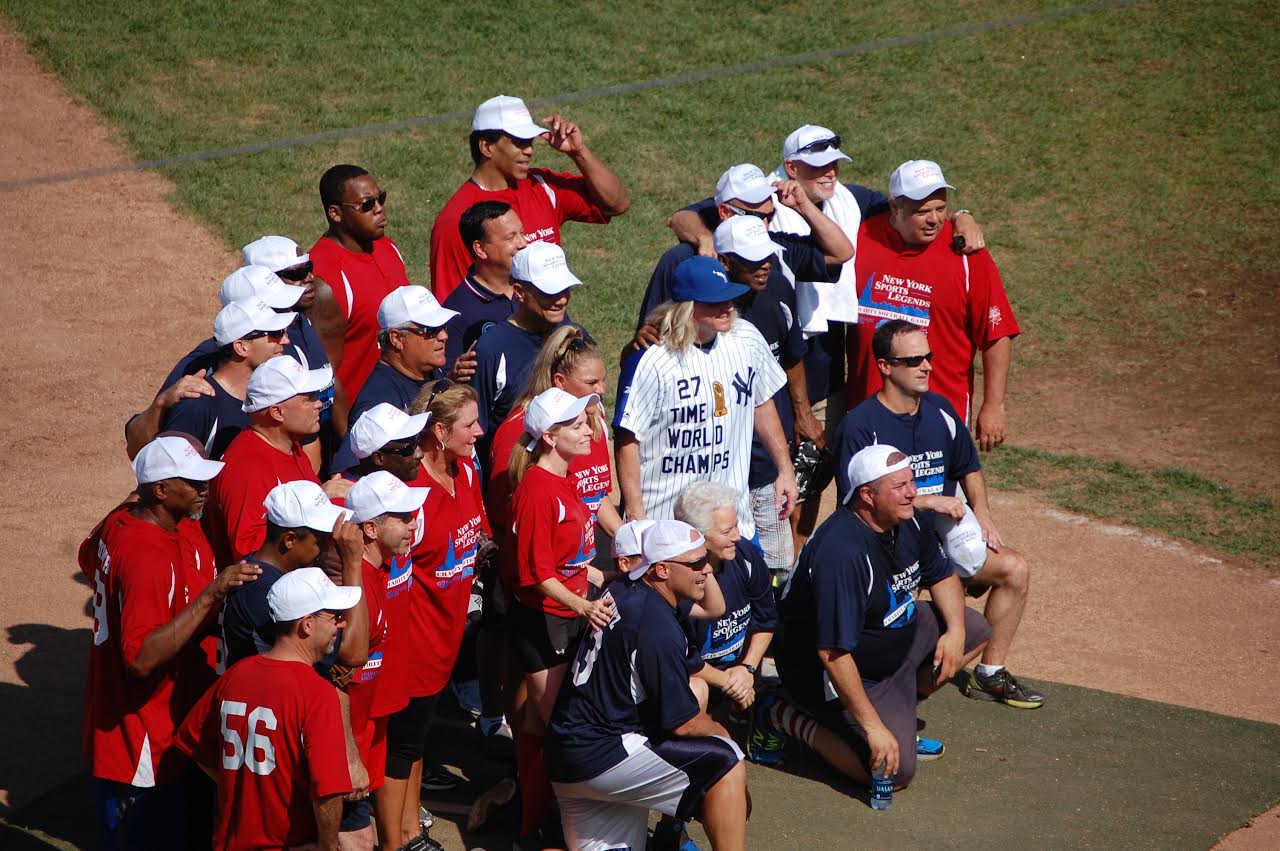 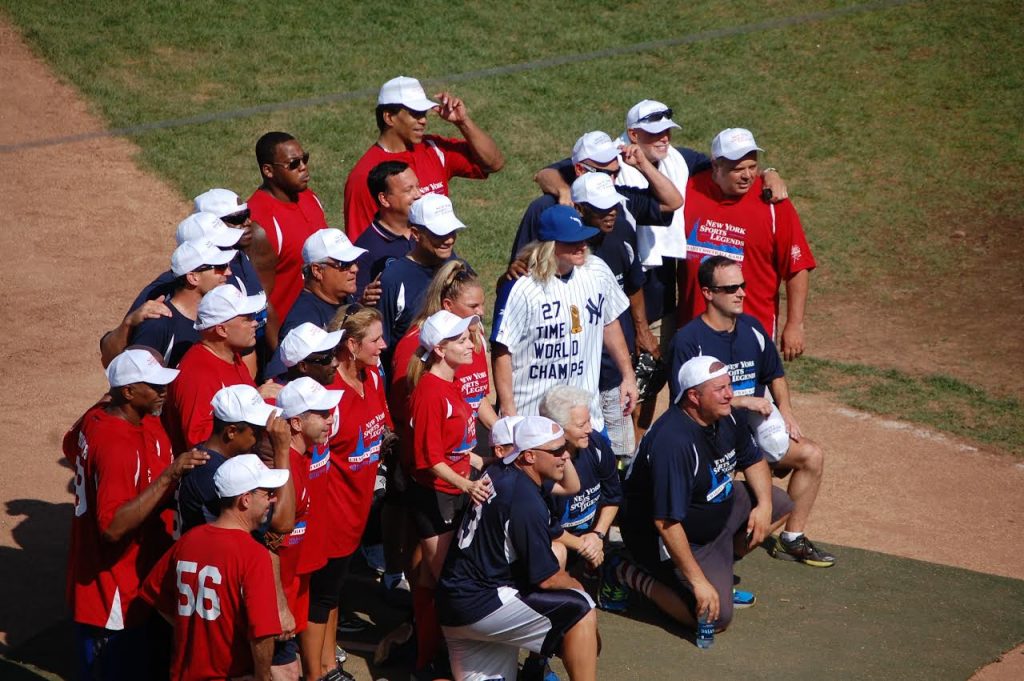 A star athlete at Clarkstown High School, McGuire played baseball, basketball and football where he earned All-Section honors as quarterback in his senior year. Back in June, McGuire was injured while diving into a swimming pool that resulted in a spinal cord injury that would leave him paralyzed from the neck down.

I spoke to Tommy’s father after the game.

“The entire community is coming out for Tommy and people who have known him and us for a long time and love him,” said Tom McGuire. “It’s just great and he is progressing and getting better every day and has a great attitude. Having this event at this stadium is good and he played Little League baseball here and to come back and have an event for him is hard obviously and not the situation we want but we’re encouraged and to keep pushing forward and things like this help.”

Some of the Yankees players on hand for the event were Rick Cerone, Roy White, Mickey Rivers, Ramiro Mendoza and Jim Leyritz. I spoke to Leyritz on the concourse at Palisades Credit Union Park. Leyritz played for the “Bronx Bombers” from 1990 to 1996 and 1999-2000 and known for his memorable three-run home run off Atlanta Braves reliever Mark Wholers in Game 4 of the 1996 World Series tying the game up at 6-6.

“It was great and anytime you can raise money for charities when someone gets hurt with a spinal cord injuries and try to help as much as you can,” said Leyritz. “It’s one of those things where life can change in a minute and a shame but if there is something we can do to help and make his life a little bit easier as it goes forward.”

New York Giants players that participated in the event were Sean Landeta, Stephen “The Touchdown Maker” Baker, Eric Dorsey and Odessa Turner. I spoke to Baker during a meet and greet with fans in one of the suites at the ballpark. Baker was on the Giants Super Bowl 25 Championship team and caught a touchdown from Jeff Hostetler.

“Two great organizations for one and both champions,” said Baker. “A complete honor to meet some of the Yankees legends and think of all the championships they won (27) and Giants went to five championship games and won four. A really tough thing happened to Tommy and we’re here to show our support for him because it could happen to one of us.”

Eggleston’s Walk-Off Single Wins It For Somerset In 15 Innings
Chad Green Has Career Night, Strikes Out 11 in Yankees 1-0 Win