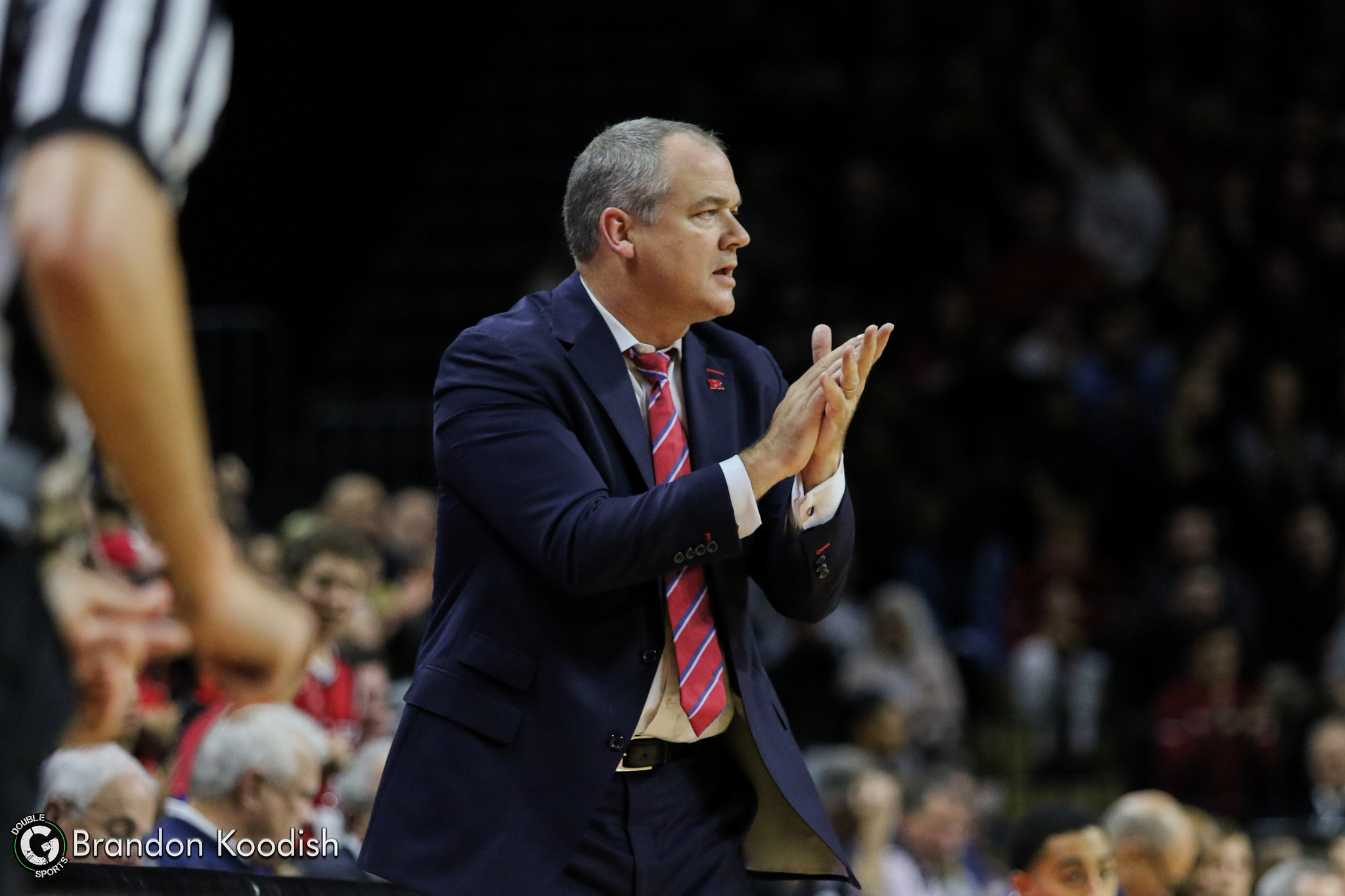 After Back To Back Big 10 Loses, Scarlet Knights Show Why They Belong In The Conference

Unlike the Rutgers football program, the men’s basketball team shows it can compete in a competitive Big 10 Conference. Rutgers is in the midst of a tough stretch of three games in a six days. After beating Miami, the Scarlet Knights have dropped back to back games against No. 10 Michigan State and on Monday night at No. 12 Wisconsin, 69-64.

Rutgers shot 62 percent from the field in the first half and jumped out the gate aggressively to build an early 10 point first half lead. The Badgers opened up the second half with a 13-4 scoring run to give them a 39–35 lead with a little more than 15 minutes left in the game. Rutgers shot just 13/32 from the field in the second half, and the Badgers outscored the Scarlet Knights 43-33.

Wisconsin never gave up the lead once they went ahead, but Rutgers never went away either, making it a battle all the way till the end. Ethan Happ led all scorers with 20 points and four rebounds for the Badgers. Eugene Omoruyi led Rutgers with 17 points.

Signs Of Promise And Hope For Rutgers

Rutgers got up early behind Geo Baker, who actually left the game briefly after the very first possession of the game. Baker had nine of his team’s first 18 points. Shaq Carter has played well during the first seven games of the season. Against Wisconsin, when Rutgers needed a spark, he got a long look. Carter was able to score around the basket with nine points and pulled in four rebounds. If Carter plays good defense and continues to rebound, he’s going to find himself climbing the depth chart very quickly.

The Scarlet Knights are still learning the game, and it is going to pay dividends. Look at the schedule going forward. For the next four weeks, Rutgers only has four games. That means Steve Pikiell can spend a lot of time teaching and developing before the Big Ten schedule truly gets into full swing.