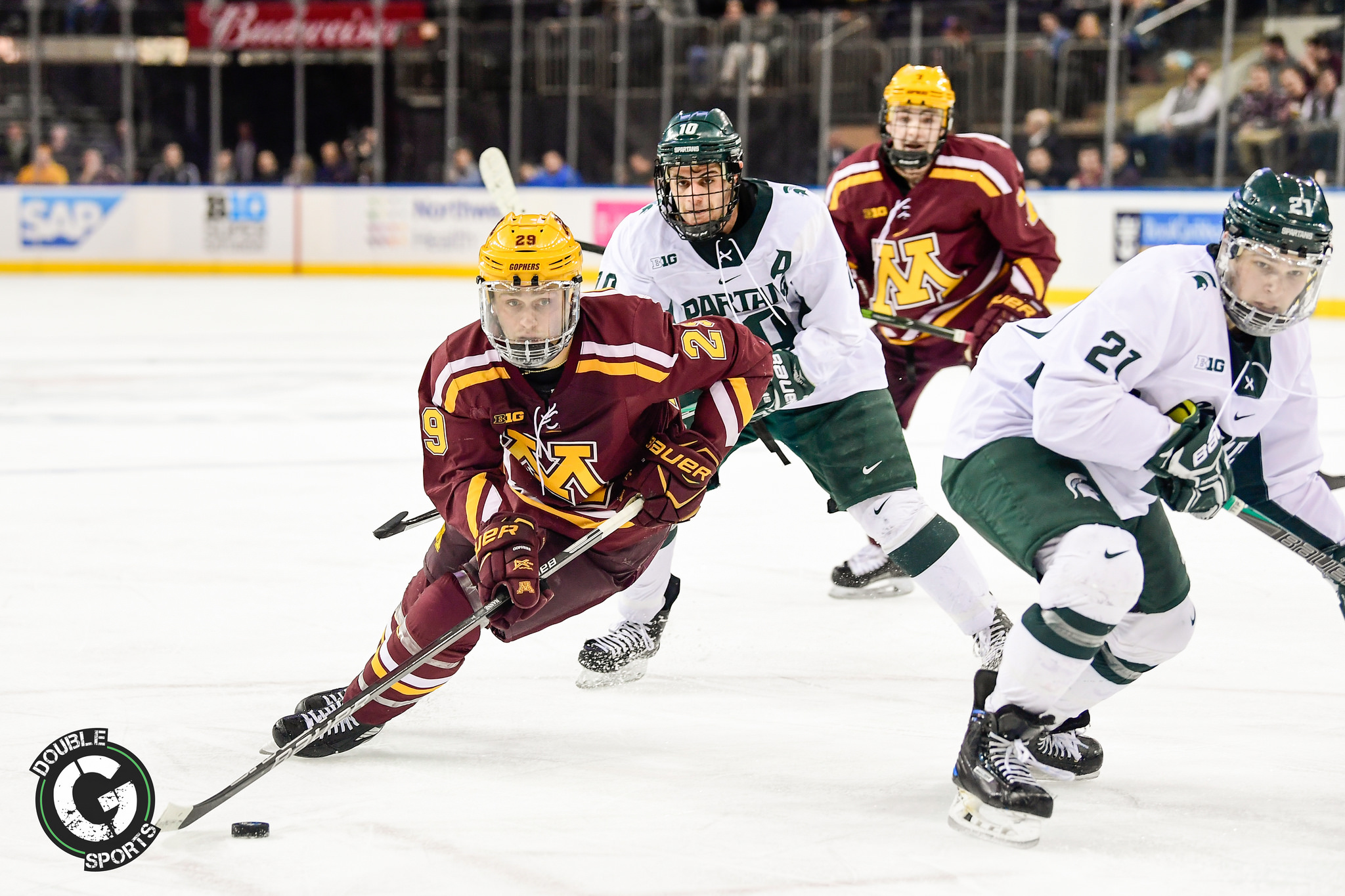 The Minnesota Golden Gophers and Michigan State Spartans collided for a B1G battle at Madison Square Garden on Saturday Night.  After a 5-4 victory in overtime by the Gophers on Thursday they were looking to build some momentum again as the road team at this neutral site.  It’s a great way to break up the long College Hockey season, and while there wasn’t much scoring, it was a physical game with lots of chances both way.

There’s really not all that much to break down scoring wise but there were a few big plays that swayed the momentum of the game.  Michigan State’s top scorer Mitch Lewandowski was called for a game misconduct early in the first for headhunting.  It was an unfortunately penalty for the forward as Michigan State played down a man almost the entire game.

Michigan State was able to kill off the five minute penalty after the game misconduct, but the Spartans were unable to shift the tide of the game after the kill.  Halfway through the first, Casey Mittelstadt tipped home a feed in the slot from Brent Gates Jr. to make it 1-0.

It stayed 1-0 until midway through the third, when Michigan State struck on a point shot by Jered Rosburg deflected by the glove of Cody Milan.  Unfortunately, the Spartans were tired from playing two men down as Lewandowski was out and Taro Hirose left the game early in the second due to injury.  Minnesota scored late on a goal by Brent Gates Jr., and a one goal lead was too much to overcome for the Spartans. 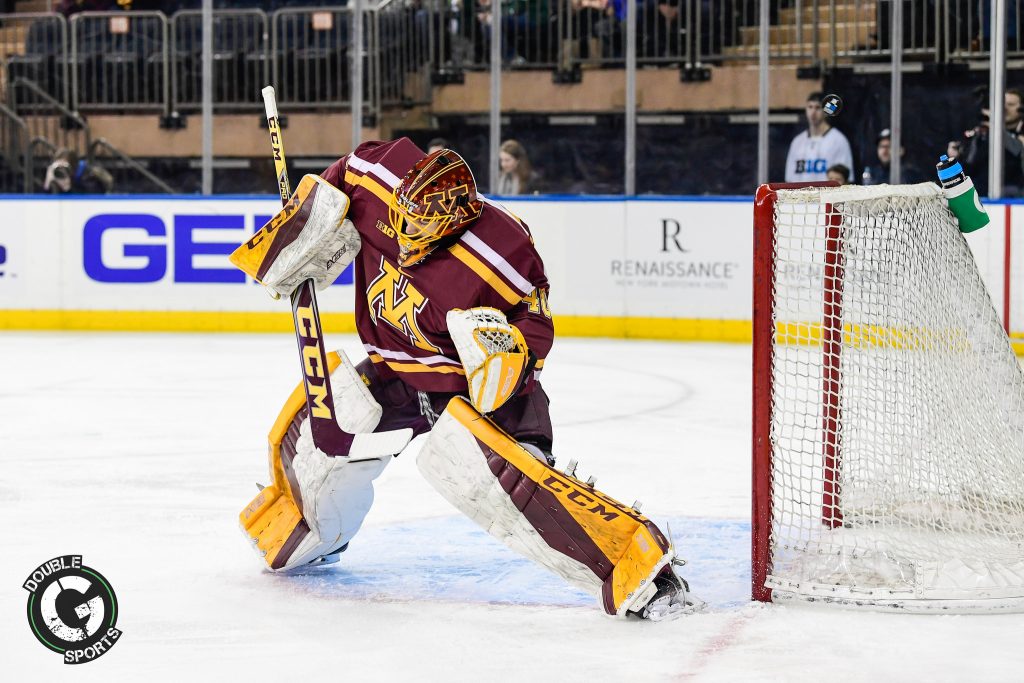 “It’s a great experience for these kids because most won’t play in this venue again.  Of course you’ll have some who’ll get to the play in the show.  I’m a small town kid from Northern Minnesota so it’s just different” – Minnesota Head Coach Don Lucia on being asked about playing at MSG.

“We rely on that line & those two are a big part of our team when we win.  They do a lot of other things and are all over the scoresheet.”  – Michigan State Head Coach Dalton Cole when asked how difficult it was to play two men down after losing Mitch Lewandowski and Taro Hirose early in the game.