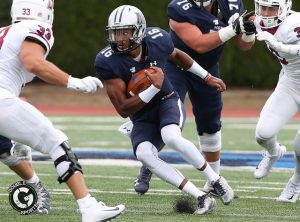 A new football season is upon us, and that means the return of the Bump N’ Run column. The off-season of relaxation is over so let’s hit the ground running with the local NFL teams.

Jets Open Against Buffalo On The Road

I may not have much to say about the New York Jets this season. They gutted the team of its veterans, and it seems as if they are attempting to tank the season. After watching the preseason, it is apparent that they are. Trading Sheldon Richardson was a great move as he has been nothing but a distraction for the last three years. Besides that move, they are pretty much angling for franchise QB in the 2018 NFL Draft.

I will say this now; Todd Bowles should not lose his job based on this season. Jets management have put him in a situation where he has a young team that cannot win as constructed right now. This season will be a rough one for Jet fans, who will watch the law firm of McCown, Hackenberg, and Petty stink up the joint until early January. Hey but look at the bright side…it is ok, I will wait.

Giants Projected To Have Big Season

Pundits around the league believe that the New York Football Giants will have a great season. I choose to not listen to those kinds of predictions because it never works out that way when the Giants are predicted to do well. The signing of Brandon Marshall and the drafting of Evan Engram gives the offense a different look and Eli Manning more weapons to work with. However, the offensive line still features perennial waste of space Ereck Flowers and other question marks on the line as well.

The defense returns everyone except Johnathan Hankins, who signed with the Colts. Janoris Jenkins will continue to anchor the secondary and Eli Apple showed flashes of improvement during the preseason. Linebacker is still an issue as the Giants still does not have that All-Pro linebacker. With that said, the Giants winning the NFC East is not out of the realm of possibility as long as injuries do not rear its ugly head. Fingers crossed for Odell Beckham Jr.