Florida’s the savior for sports betting during lockdown

With the American lockdown slowly easing, the lack of live sports is still a major issue for a number of inhabitants. But, without the help of one state, determined to maintain some kind of sporting activity, there would have been no live sport at all during the tough lockdown period. That state is, of course, the Sunshine State of Florida.

With sports fans having to settle for other forms of entertainment during the lockdown, the online world took on another dimension. With horse racing and WWE the two forms of live sport doing the rounds in the States, sports betting largely became focused on both. And, with brick-and-mortar establishments closed down, the online betting world experienced a growth spike. With the ability to take advantage of Gulfstream Park picks at Gamblersaloon.com for the latest horse races or the plethora of offers that came in for Wrestlemania 36, sports fans have been able to have a flutter at some entertainment coming their way.

As the rest of the Sunshine State remains on a path of phased reopening, Governor Ron DeSantis continues to echo his voice that all professional sports leagues should continue despite the earlier curfew, provided that the general public are not present. DeSantis’ office had released a memo outlining that professional sports and media production employees who have a national audience can report for work if the location is inaccessible by the general public.

How Vince McMahon and WWE led the way

The green light given by DeSantis and his office was heaven to the ears for Vince McMahon, the chairman of the WWE. McMahon had already been determined to continue with his live shows, ignoring pleas to suspend Wrestlemania 36 and going ahead with the Money in the Bank event in early May. 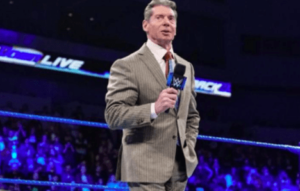 Having been described as an “essential business” in Florida, McMahon took his show on the road to the WWE Performance Center in Orlando for eight matches as punters wagered incredible amounts of money. WWE’s Backlash was supposed to return on June 14 live from Kansas City. That, however, has moved to Orlando once more as the Sunshine State seems prepared to continue its hosting of sporting extravaganzas and give sports betting sites some kind of turnover.

Despite bringing live sport to American screens, Governor DeSantis has been the subject of intense criticism for a number of things during the lockdown. One of these included the stalling of a statewide shutdown, which didn’t come into being until April 1. And, his continued support for content like sports and events has been heavily frowned upon too, despite him bringing up the issue of the lack of live content on TV screens currently. DeSantis hasn’t stopped there either; the debate about having actual fans at WWE events has been an argument made staunchly by the governor.

These controversies were brought to a head by the governor’s decision to head into “Phase One” of his reopening strategy and now to “Phase Two” despite the fact that the pandemic is far from over.

How Florida could be the next sporting hub

WWE has adopted Florida as its new home, but it is unlikely to be the last sporting organization to do so. Any professional sports organization can continue operations as they think appropriate, though, of course all of the leagues have to cooperate with players’ unions on any plans to resume leagues and play.

Major League Baseball (MLB), for example, had entered into discussion about playing regular season games in Arizona. Florida, too, looks like a perfect destination for such activity, with its numerous Spring Training sites providing more than adequate facilities. 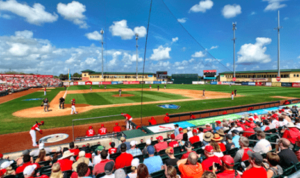 Whilst most states focus on the rebuilding of their infrastructure, Florida, led by DeSantis, seems intent on churning out live content and sport and rejuvenating the American sporting calendar, and with it, giving punters the chance to take in and wager on live sports.