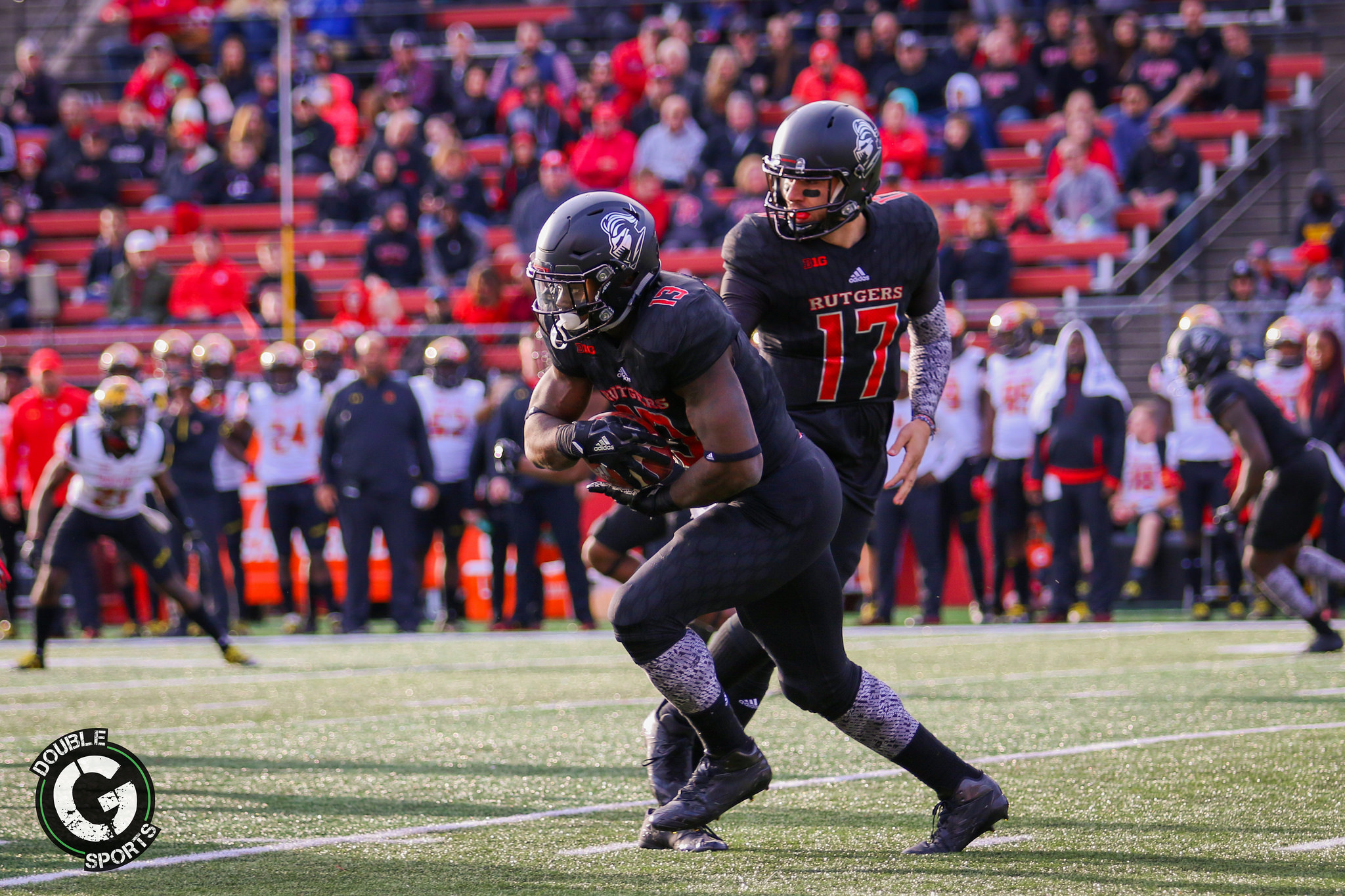 Rutgers football continue to shine and show signs of a program in the making. Gus Edwards ran for 109 yards and caught a go-ahead 23-yard touchdown pass with 7:30 remaining to rally Rutgers to a 31-24 victory over Maryland on Saturday.

“I didn’t pay much attention to that during the game,” said Edwards, a grad transfer from Miami. “But when I found out at the end, I was real happy about that.”

Rutgers claimed the latest installment of what could one day be a quality rivalry, 31-24, in front of 34,972 at High Point Solutions Stadium. Rutgers has now won three of four against Big Ten competition. The three Big Ten wins are the program’s most since joining the 14-team conference in 2014.

Rutgers trailed 24-17 with a 3rd down and three at the Terrpain 10 yard line. The quick break was good for Rutgers as Robert Martin broke one arm tackle and walked into the end zone for his 18th career rushing touchdown. The ensuing extra point and cannon blast tied the game at 24-24 with a full quarter to play.

The Scarlet Knights ran on 26 of the 36 first-half plays it ran, and on 46 of 64 on the day for 239 yards. Keep in mind, Rutgers’ commitment to the run came on a day it was playing a Maryland team giving up a Big Ten-worst 277.9 passing yards per game.

The Defense Secured The Win

Trevor Morris made a key early fourth-quarter tackle, arguably the biggest tackle of the season to that point, to force a Maryland punt. Gio Rescigno’s 23-yard touchdown pass to Gus Edwards on the ensuing drive gave Rutgers a 31-24 lead with 7:30 to play. It was then the defense’s turn to close the door.

What Happened To Rutgers Football ?

In early October, many wondered what the direction of Rutgers football was heading?  Chris Ash’s program entered its bye week on the heels of a 56-0 blowout loss to Ohio State and had lost 13 straight games against FBS opponents and 16 straight contests in Big Ten play.

Five weeks have passed since that well timed bye week and oh, how things have changed. After going 4-23 in their first 3+ seasons in the Big Ten, Rutgers has won three of their last four conference games. It doesn’t matter that the three teams Rutgers has defeated sit at or near the bottom of their divisions. What does matter is that the Scarlet Knights are beating teams they lost to by multiple scores last season.

Next week is a huge task playing at #7 Penn State, then the Knights are at Indiana and host #24 Michigan State to conclude the 2017 season. What if Rutgers wins two of the last three games?

“I don’t even want to talk about that,” Ash said of bowl possibilities from finishing up strong. “I don’t want to hear about that. I’m worried about letting our players celebrate this victory. We’ve got a huge game next week. We go play a really good team next Saturday in a really tough environment, a team that just obliterated us last year. We’ve got to worry about getting better. That’s our focus. That’s been our focus. And I know fans and media want to talk about that stuff.