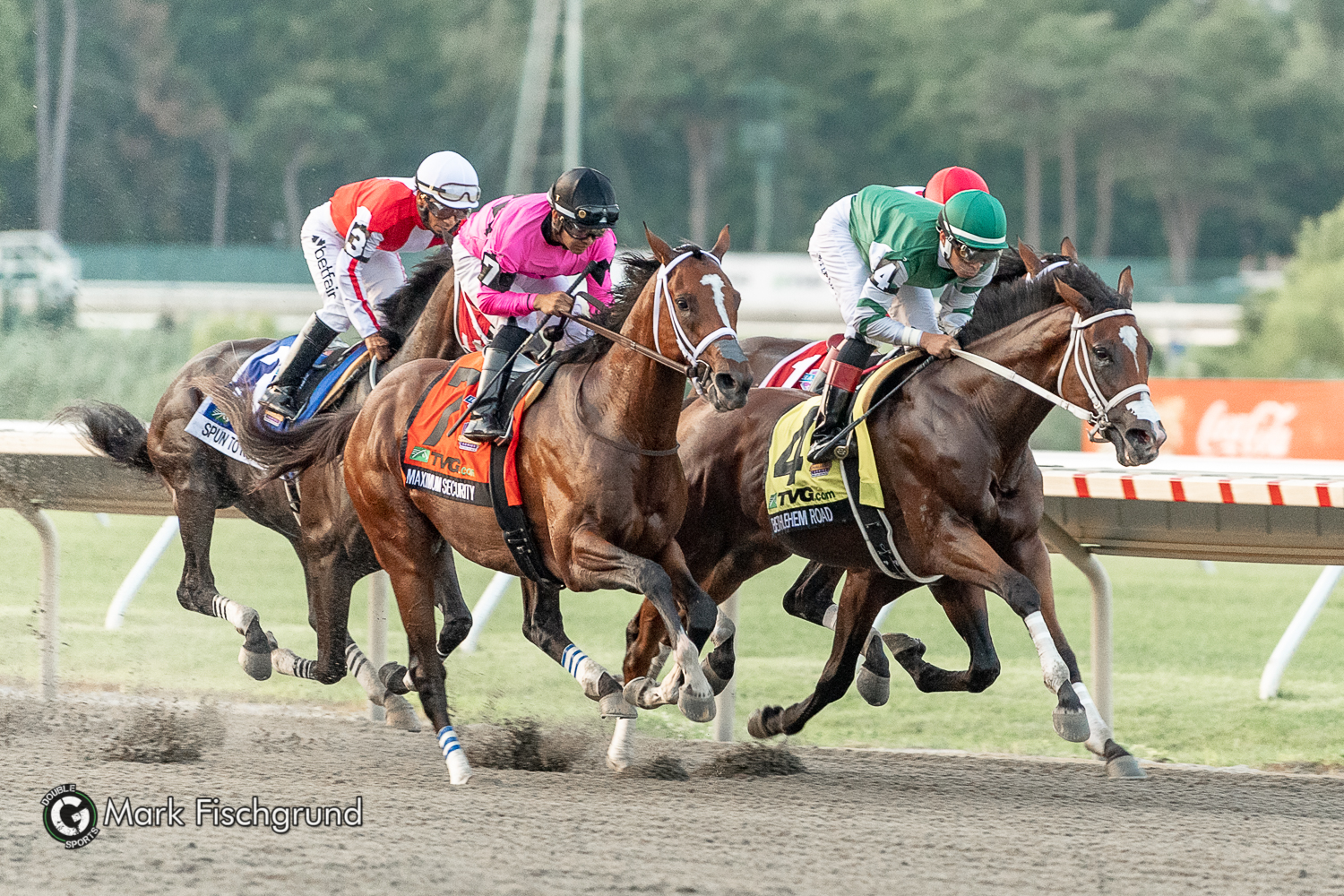 Blistering hot temperatures in Monmouth County made for postponed and cancelled races at Monmouth Park’s Haskell Invitational on Saturday, July 20. The first two races of the day were delayed but were ultimately still run. After that, Dennis Drazin, the CEO of Darby Development, reluctantly made the call to cancel six races and postpone the stakes races until 6 p.m. that evening due to excessive heat.

As the sun set at Monmouth Park on Saturday, Maximum Security made a powerful statement about who the best 3-year-old thoroughbred in the country is. After winning the Kentucky Derby only to be disqualified for interference, Maximum Security asserted himself as the leader, beating the fierce Mucho Gusto by 1¼ lengths. The Grade 1, $1 million TVG.com Haskell Invitational did not disappoint Gary and Mary West, Maximum Security’s owners and breeders. With this win, he improved to 5-0-1 from seven starts, upped his bankroll to over a $1 million and set himself up for an exciting rematch with Gary and Mary West’s homebred, Game Winner in the Grade 1 Travers Stakes at Saratoga Aug. 24. 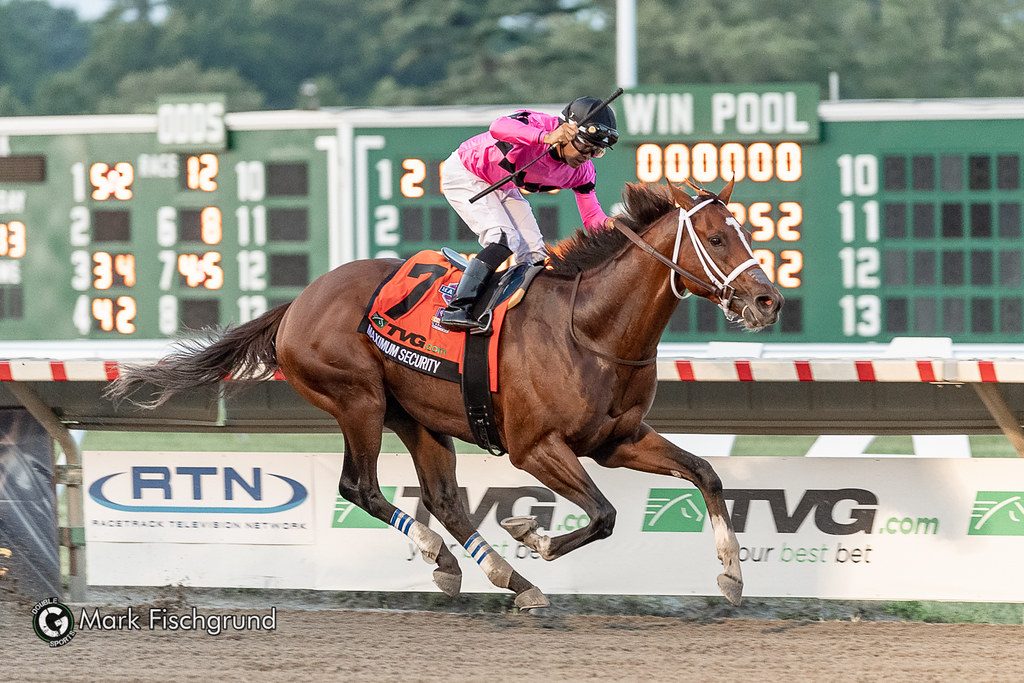 Another crowd favorite, Midnight Bisou, carried out her pari-mutuel promise as the 1-20 front-runner crossed the finish line first in the Grade 3, Molly Pitcher Stakes, on the Haskell Invitational undercard. She now has an impressive winning streak of five consecutive graded stakes races.

Just Howard made his first run around the Monmouth Park track a successful one in the Grade 3, $150,000 Oceanport Stakes. According to his jockey, he showed tons of determination and courage as he went head-to-head with Divisidero.

Irish-bred, I’m So Fancy, proved herself as the best of three fillies and mares in the Grade 3, $150,000 WinStar Matchmakers Stakes. This would be only her third start in America, winning her second straight stakes race and fifth overall lifetime.

Justaholic took home gold in the $75,000 Wolf Hill Stakes run, just one length ahead of Fig Jelly. Justaholic sat third early on but managed to make a three-wide move at the top and outrun his rivals. He has now won four of eight starts.

5 Reasons Why This Will Be Pac-Man’s Last Fight
Never Forget
Posting....