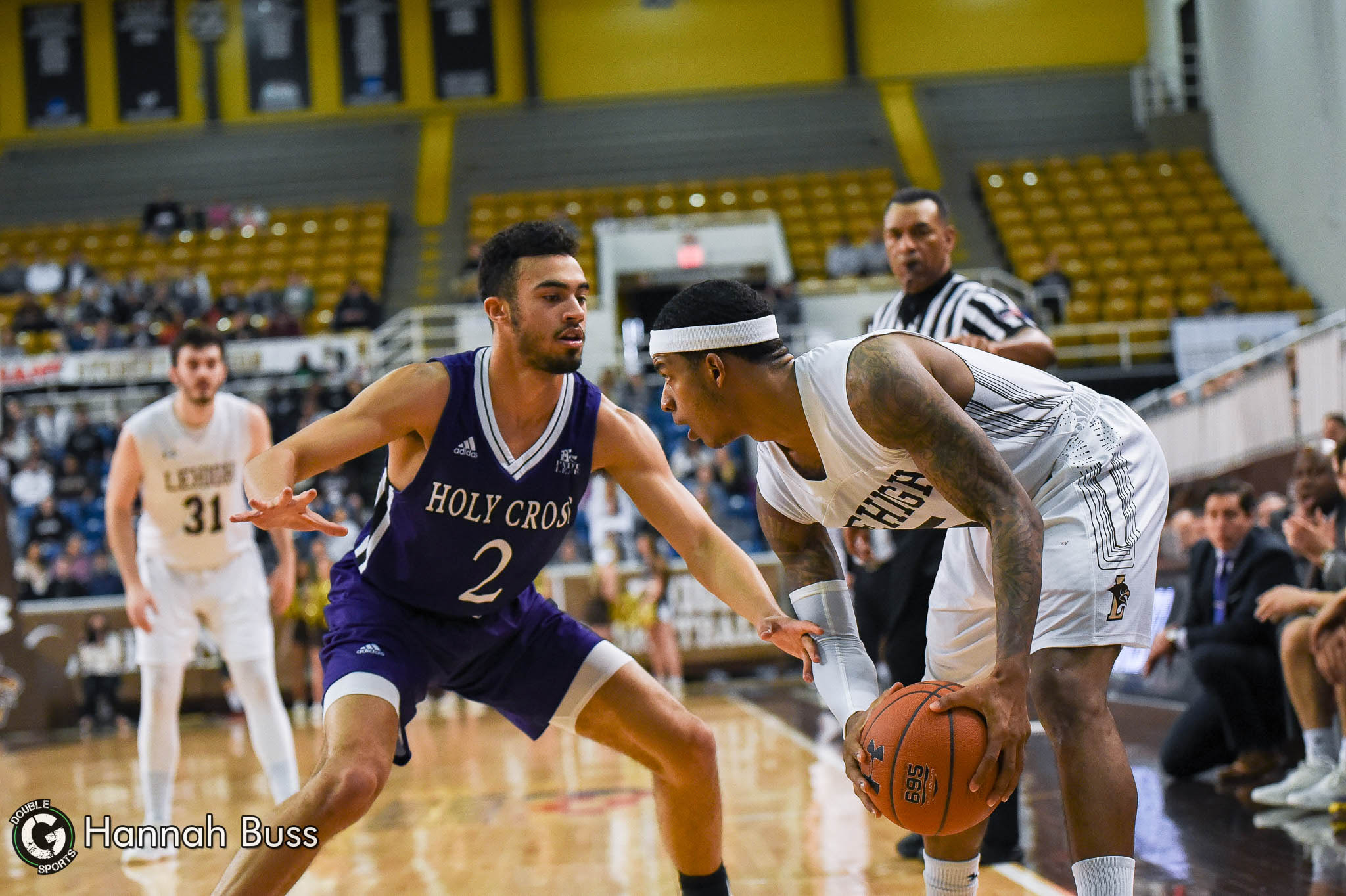 This contest was more than your average game. Lehigh began by celebrating the two seniors on the team, Lance Tejada and Kyle Leufroy, for their senior night and career accomplishments. The town of Bethlehem was also very excited for a much anticipated moment at half time. Lehigh alumni, CJ McCollum’s jersey was hung in the rafters and retired. McCollum was a 2013 graduate who averaged 21 points per game, dean list student athlete, two-time Patriot League Player of the Year, netted 2,361 career points and was the No. 10 overall pick in the 2013 NBA draft by the Portland Trail Blazers.

McCollum also played a major role in one of Lehigh’s most memorable athletic moments. His team was seeded 15th and he scored 30 points to upset number two seed Duke in the NCAA tournament in 2012. The now Portland guard was accompanied by his mother, father and fiancé during the half time ceremony. There were 2,804 spectators at the game who all stood for the entire ceremony cheering on McCollum’s return back to Lehigh.

After the half time celebrations ended, the Lehigh and Holy Cross men returned to the hard top to finish the back and forth game to see who will come out victorious. Holy Cross defeated Lehigh with a score of 73-71. Matt Faw from Holy Cross ended the game with 18 points, five boards, and went 4-7 from behind the 3-point arch. Jehyve Floyd added 17 points for the Crusaders while grabbing eight rebounds. The Crusaders made their final mark at the 42 seconds when Jehyve Floyd made a three-point play bringing them two points above Lehigh. Lehigh had possession of the ball with moments left on the clock, but Holy Cross had fouls to give. Lehigh was unable to tie the game in the remaining moments.

Lehigh now heads to American University on Wednesday February 27 for its second to last conference match of the year.