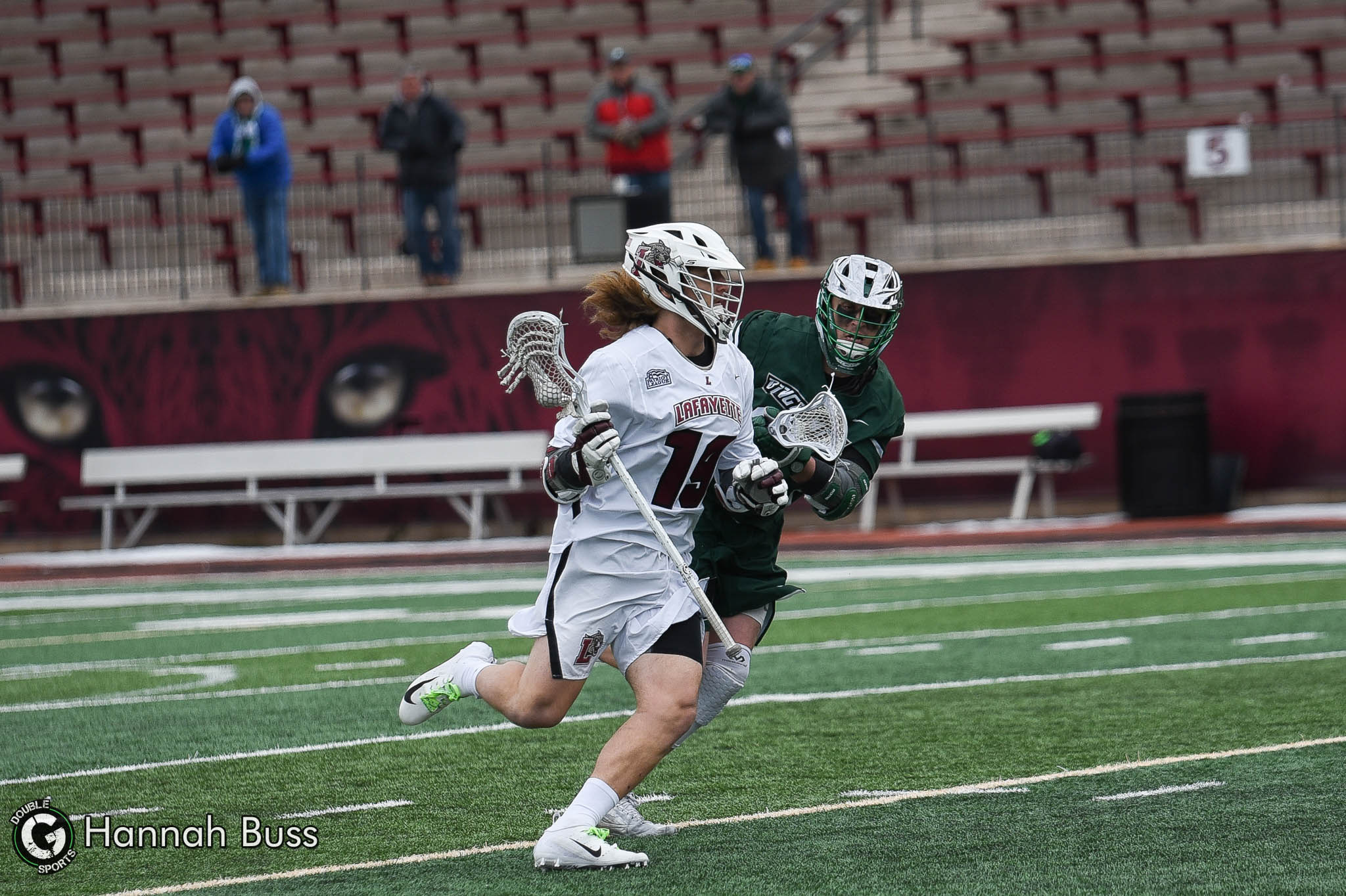 The Lafayette men’s lacrosse team (4-1) hosted the Binghamton Bearcats (0-2) at Fisher Stadium in Easton, Pennsylvania. Saturday afternoon’s contest was Lafayette’s annual Headstrong classic game. This program raises funds and awareness for the Headstrong foundation and its fight against cancer. Lafayette went on an early run with a 3-1 start, but the game didn’t always stay in their favor.

It was a hard fought game due to the Bearcats successful offense. Binghamton had momentum in their favor ending the first quarter with seven goals to Lafayette’s three. Entering the second quarter, and for the remainder of the game, the Leopard’s defense stepped up huge. Stephen Sajer, a freshmen from Summit, NJ, had three caused turnovers as well as three key ground balls. Ryan Ness, a 6’1 freshmen goalie, had 12 saves on the game, seven in which were in the second half alone. Lafayette’s defense sparked a contagious energy for the offensive end to step up as well.

The Lafayette offense battled back from behind to get ahead. Sophomore midfielder from Wyckoff, NJ had a game high of four goals for Lafayette. Player of the game, senior, Connor Walters, added two goals, five assists, and two ground balls. Binghamton’s Joe Licata netted three goals for the Bearcats. Griffin Konen and Sean Makar each had a pair of goals as well. However, Lafayette out ground balled Binghamton, 33-29, and ended the game with a win 13-12.

This gives the Lafayette Leopards momentum going into conference play next weekend when they travel to West Point, NY for a conference game hosted by Army.