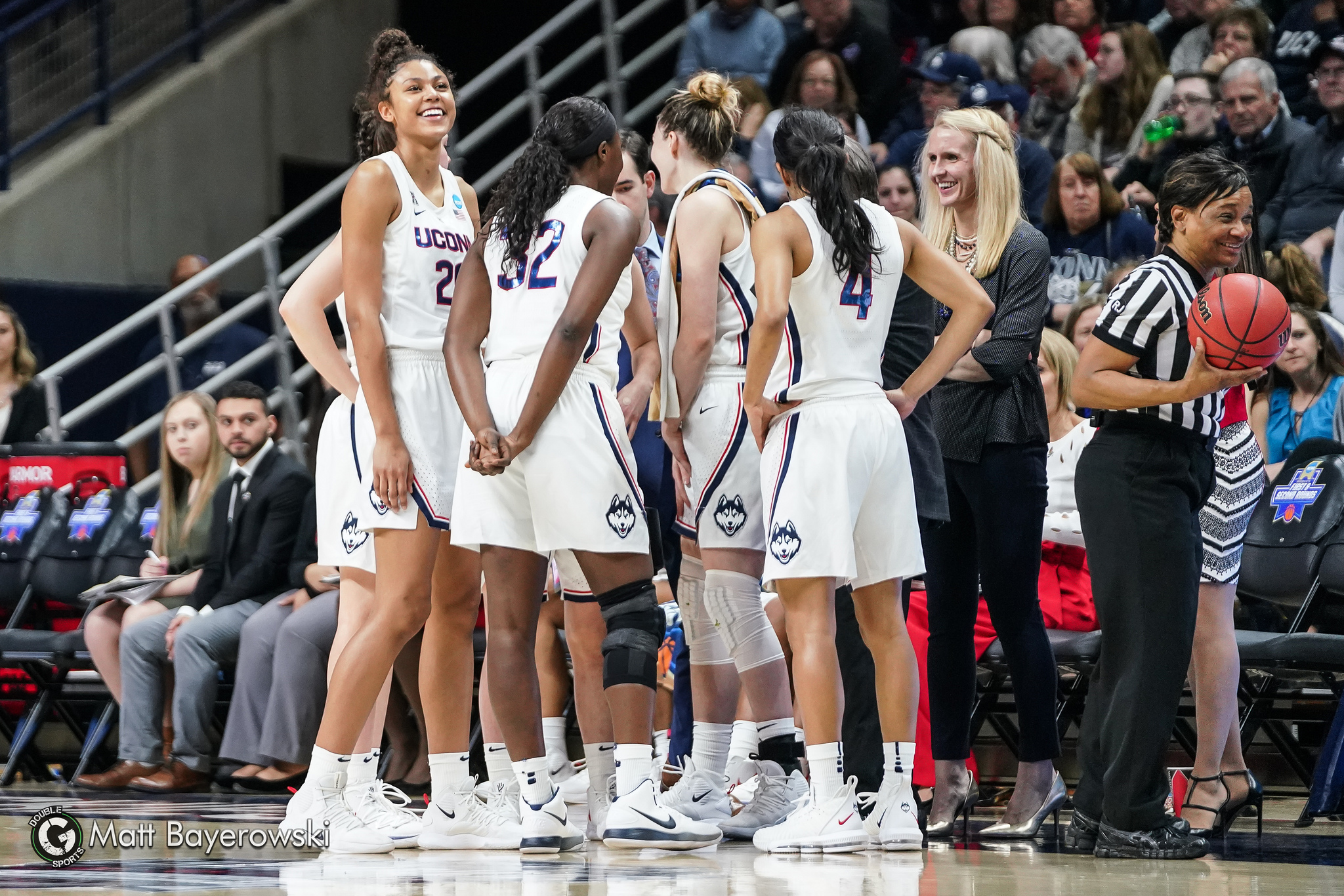 The 2019 NCAA Women’s Basketball Final Four is set after Baylor defeated Iowa and Notre Dame got past Stanford Monday night. They join Oregon and UConn in Tampa, Florida where semifinals will take place Friday, April 5. The Women’s National Championship Game is scheduled for Sunday, April 7.

Wondering who to root for as a New York / Philadelphia metropolitan area fan? Sure, you can choose the UConn Huskies since they are the only local college basketball team still in action. But if Geno Auriemma and company are not doing it for you, maybe cheer on a local athlete competing on one of the teams.

When the Baylor Bears and Oregon Ducks hit the court, Honesty Scott-Grayson will be the lone area athlete on the floor. Scott-Grayson is a freshman for the Bears. While she played her final high school year at Riverdale Baptist HS in Maryland, Scott-Grayson is a Brick, NJ native. She averaged 2.5 points and 0.9 rebounds this season in an average of 6.9 minutes per contest. She scored a season high 15 points back on November 15, 2018 against Southern. So far in the NCAA Tournament, Scott-Grayson has scored 11 points in three games.

The UConn Huskies, making their 12th straight Final Four appearance, also have just one metropolitan area athlete on the roster; Batouly Camara, a redshirt-junior forward from New York, NY. Camara has appeared in 25 games for an average of 4.8 minutes this season. She is averaging 1.6 points and 1.2 rebounds per contest. Her season high of five points came on January 9 against Cincinnati. Camara played high school ball at Blair Academy.

The Fighting Irish of Notre Dame will suit up five local athletes, led by senior guard Marina Mabrey. The Belmar, NJ native for Manasquan High School alum has started all 31 games she has appeared in this seaosn. Mabrey averages 12.7 points and 2.7 rebounds per game this season. She is also a 47% shooter from three-point range.

A pair of sophomores come off the bench for the Irish in forward Danielle Patterson and center Mikayla Vaughn. Patterson, a Brooklyn, NY native, has appeared in 31 games including one start and averages 3.1 points and 1.5 rebounds. Hailing from Philadelphia, PA, Vaughn has appeared in 35 games this season, averaging 3.5 points and 2.5 rebounds. She has also blocked 24 shots.

Guard Jordan Nixon and forward Danielle Cosgrove have also seen plenty of action this season as freshman for Notre Dame. Nixon, a New York, NY native, started three games and appeared in 25. She averages 2.6 points and 1.2 rebounds while shooting 84% from the free-throw line. Cosgrove, a Holbrook, NY native, averages 1.4 points and just under a rebound per game while appearing in 26 games this season.

As you can see, there’s plenty to watch for as a New York / Philadelphia metropolitan area basketball fan when it comes to the NCAA Women’s Final Four. Will the local team (UConn) and it’s one area player be where you take your rooting interest? Or will you follow another local athlete closely?