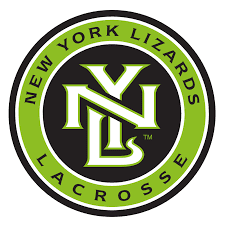 The New York Lizards will open their 20th season against the Boston Cannons on July 18. Earlier Thursday, the New York Lizards and Major League Lacrosse announced that Navy-Marine Corp Stadium will host a week-long season in July.

Like many professional sports leagues, the MLL delayed its season due to coronavirus.

20th Annual Season will take place over one week in Annapolis

New Hyde Park, NY (July 2, 2020) – The New York Lizards, New York’s only Major League Lacrosse Team, today announced it will begin the 20th season in league history on Saturday, July 18 with all regular season and playoff games taking place at Navy-Marine Corp Stadium in Annapolis, Maryland, the home of the Chesapeake Bayhawks. The start of the season was delayed due to the coronavirus pandemic.

The Lizards, Bayhawks, Boston Cannons, Philadelphia Barrage, Connecticut Hammerheads, and Denver Outlaws will all play a five-game regular season between Saturday July 18th and Friday July 24th. That will be followed by the semifinals on Saturday July 25th and the championship game on Sunday July 26th. The teams will arrive in Maryland a few days early to go through a training camp and get some practices in before the games begin.

“It’s going to be a grind for sure,” said O’Hara. “It’s a lot condensed into about eight or nine days but we’re going to have some extra players so hopefully we’ll be able to keeps guys as fresh as we can.”

The Lizards and Major League Lacrosse have been working closely with state and local officials in Maryland as well as with the medical staffs from around the league in order to ensure that the proper protocols are in place to ensure the safest model for the players and the staffs. The league ownership and management have spent a great deal of time and effort coming up with a plan that will give lacrosse fans the highly anticipated 20th season of Major League Lacrosse

All staff, players and coaches will have to follow the strict guidelines in place.

“Our leadership has been very diligent in doing the research and getting all of the medical protocols in place,” said O’Hara. “They’re going to follow the guidelines that the medical experts will have set for us. Nobody will be allowed to participate if they don’t follow along with those protocols.”

All of the games will be available on the ESPN family of channels, so fans will be able to watch all of the action in the comfort of their own homes.

“We are very excited to be able to give our fans the opportunity to see the best players in the world on the best sports network in the world,” said Lizards CEO Jeffrey Rudnick.

It’s going to be a season that will be different than any other in Lizards and MLL history, but the objective is still the same…to hoist the Jake Steinfeld Trophy for the fourth time in franchise history.

“The guys are playing for pride and they’re playing for a championship,” said O’Hara. “We’ve got some new pieces that we’ve added to the mix and I’m excited to see how they blend in and help us. Our first goal is to get to the playoffs and then obviously you get there and the challenge is to try and win that last game.”

The Lizards won the first Major League Lacrosse title in 2001 and followed that with championships in 2002 and 2015. And now, thanks to a lot of planning and hard work by the league and the teams, there will be a season so the Lizards, one of the premier franchises in league history will have a chance to win the historic 20th MLL championship.