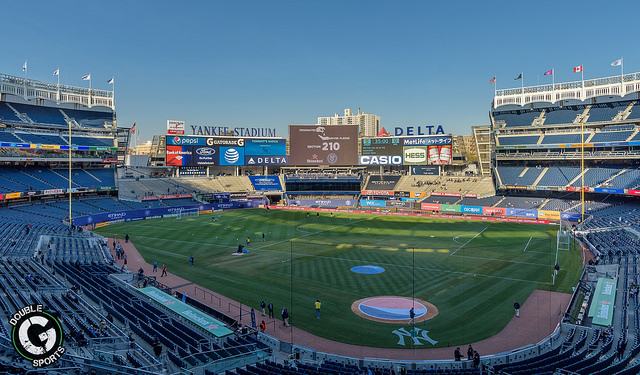 The New York City FC announced on Monday the launch of NYCFC Girls Soccer Academy program for this Spring. As part of the new U.S Soccer Development Academy Initiative, the program is geared to provide young girls with a professional training environment, while offering high levels of competition.

The following are the age groups the academy program will offer: U-14, U-15, U-16/17 and U-18/19. Games are expected to be played at the World Class FC’s Orangeburg location, in Rockland County. Approximately 35 minutes northwest of New York City.

The Academy will be led by Kazbek Tambi, Director of Coaching with many years of experience as a player and a coach. Tambi has coached players like Lindsey Horan, Crystal Dunn, and Morgan Brian.

“We’re delighted to be launching this Academy which will provide high quality soccer coaching, and a genuine pathway to U.S Youth National teams and top collegiate programs.” said Claudio Reyna, NYCFC Sporting Director. “This is a significant moment in the history of our club as NYCFC make a commitment to girls soccer and announce an Academy which we believe will contribute to the bright future of the women’s game in the tri-state area.” Reyna added.