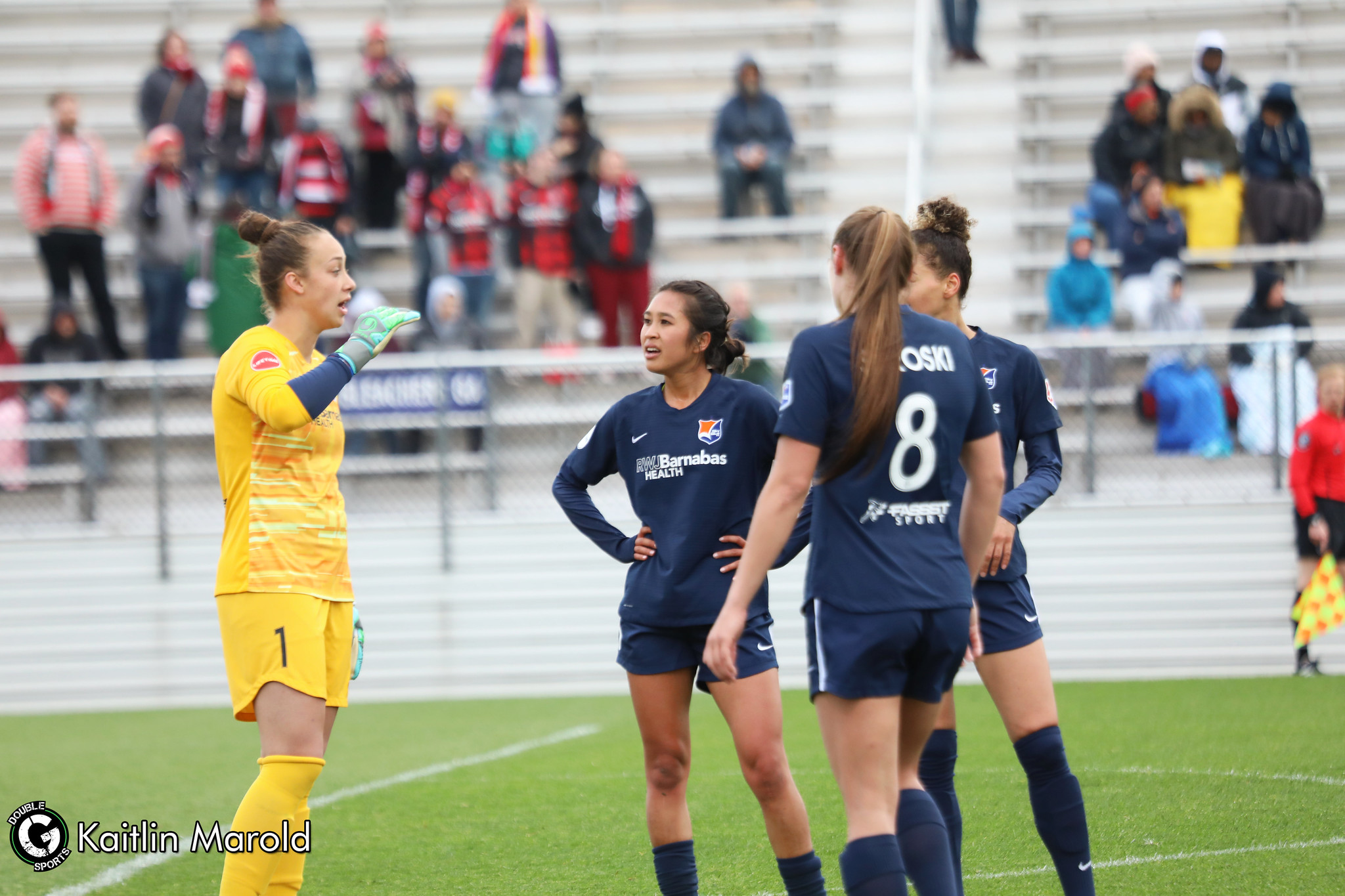 The Royals came into the game to put pressure on Sky Blue from early on. Vero Boquete and Amy Rodriguez were a nightmare for the New Jersey team. At the 6th minute, Sky Blue’s goalkeeper Didi Harcic made an incredible save after Utah’s Vero Boquete sent a free kick to the right-top corner of the goal. Only 5 minutes later, Boquete’s ball finds Rodriguez who just misses wide.

At the 16th minute, Amy Rodriguez dribbles past Sky Blue’s defender Caprice Dydasco and Sarah Killion, then finds her way towards the middle of the field and takes a long distance shot that goes on goal to put the Utah Royals up 1-0. The only goal of the game that would end up giving Utah the three points.

Utah continued attacking and putting pressure on Sky Blue. The New Jersey team opportunity in the attack came in the 39th minute after a shot from Paige Monaghan from the right flank inside Utah’s area finds the Royals’ goalkeeper, Nicole Barnhart hands. At the 45th minute, Raquel Rodriguez sent an excellent free kick, denied by Barnhart.

A More Dynamic Sky Blue in the Second Half

The second half was much better for Sky Blue. The team seemed more cohesive and players were able to get movement on both flanks, which created dynamic plays and better opportunities for New Jersey.

At the 49th minute, Monaghan sent a ball to Savannah McCaskill, creating a great opportunity for a shot on goal, but McCaskill’s shot is blocked by Utah’s defense.

At the 52nd minute, Raquel Rodriguez is able to dribble past three Utah players into the box, but her shot goes wide to the far post, missing the equalizer opportunity for Sky Blue. The game will end in favor of Utah, 1-0.

Sky Blue is back home to receive the Orlando Pride at Yurcak Field in Piscataway, NJ on June 22, at 7:00pm ET.