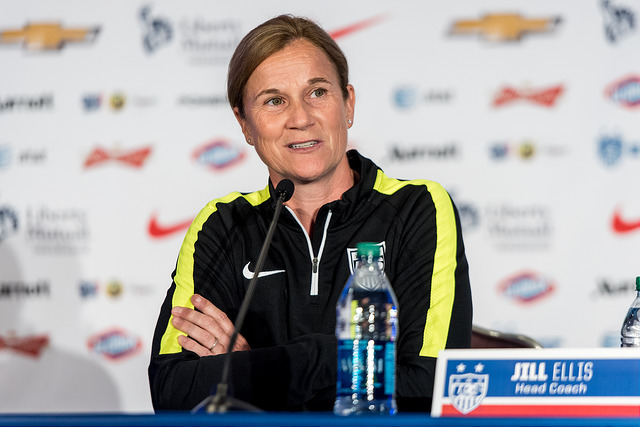 The wait is over. After a week of training in Orlando, Fla., the 23 players that made the USWNT roster will be traveling to Philadelphia for final preparations previous to the 2017 SheBelieves Cup. The kick off will be on Wednesday March 1st at the Talen Energy Stadium in Chester, PA against FIFA’s #2 in the world, Germany. The match is going to be livestreamed on FS1 at 7:00 pm ET. Previous to the US game, England will open the tournament against France at 4:00 pm ET (FOX Sports Go).

“We’ve now had two camps together this year and I’ve seen some good things across the board. Now we’re looking to translate that into three games against fantastic opponents. We will be greatly tested and these are the moments where you learn the most about yourself which is exactly what we need right now.” Jill Ellis, USWNT Head Coach said.

“We have a huge game to start off this year against Germany,” said NJ local, Carli Lloyd on Facebook’s U.S. Soccer Live. “We’ve had some great training sessions, we’re going to be ready to go come Wednesday night and I am looking forward to kicking off the SheBelieves Cup.” Lloyd added.